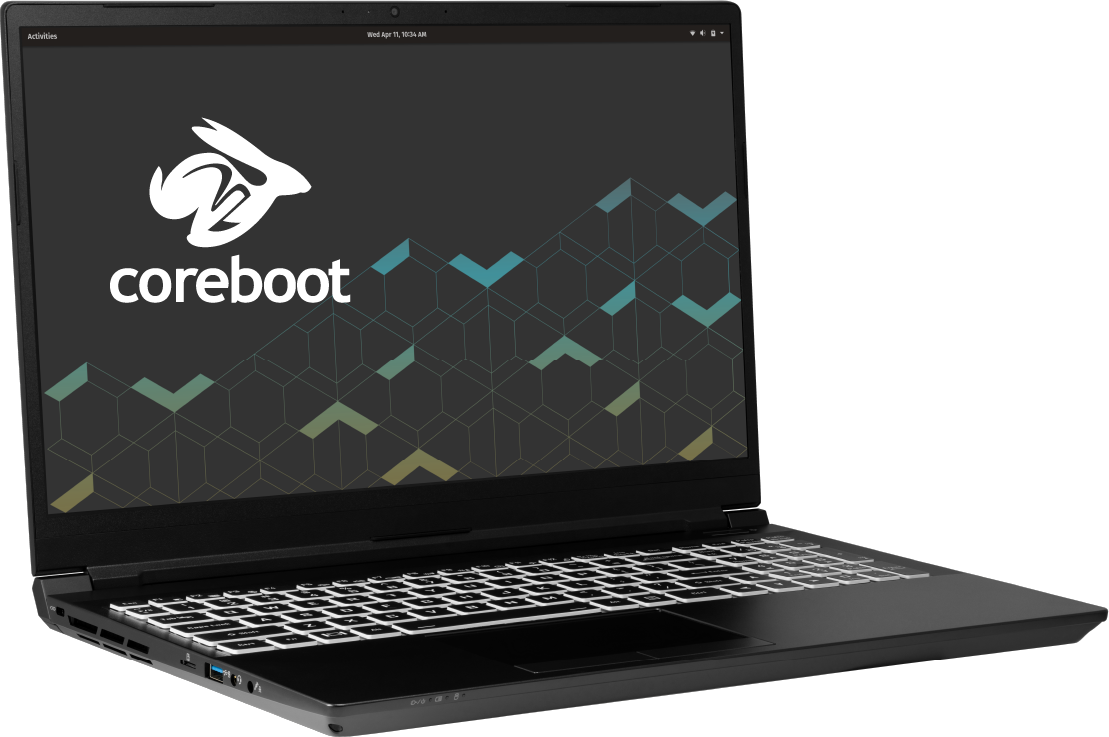 About the author - Liam Dawe
I am the owner of GamingOnLinux. After discovering Linux back in the days of Mandrake in 2003, I constantly came back to check on the progress of Linux until Ubuntu appeared on the scene and it helped me to really love it. You can reach me easily by emailing GamingOnLinux directly and find me on Mastodon.
See more from me
Some you may have missed, popular articles from the last month:
The comments on this article are closed.
15 comments
Page: 1/2»

View PC info
Waiting for AMD based laptop with Coreboot.
12 Likes, Who?

Also, if there are any Norwegian distributors for it.
1 Likes, Who?

View PC info
I will take Coreboot over a fully closed source BIOS but the fact they rely on closed source blobs to make it work still angers me any time they want to slap the open source tag on it. The same can be said for many things, the Linux kernel included. It's all open source ! Except for the parts that aren't....... Just sad what we have had to settle for due to hardware manufacturers.
4 Likes, Who?
shawnsterp 25 Jun, 2020

Base price is a little over $1600 USD. Also, upgrades are reasonable. It has been a LONG time since I looked at buying a laptop new, but that seems pretty good to me.
0 Likes

Eike 25 Jun, 2020
View PC info
While I'm all happy with Nvidia personally, "Coreboot, Open Controller Firmware and NVIDIA" sounds like a strange combination. Who's eager on having even their BIOS open (all fine with that, don't get me wrong) and still wants their GPU drivers closed?
10 Likes, Who?

View PC info
Sadly, what I need is a good lightweight compact and *portable* 10" netbook as my current "Samsung N308" has become really outdated.
And as for a "Beast of a PC", my current desktop serves me well, thank you very much.
0 Likes

Quoting: Alm888Sadly, what I need is a good lightweight compact and *portable* 10" netbook as my current "Samsung N308" has become really outdated.
And as for a "Beast of a PC", my current desktop serves me well, thank you very much.

Sadly there are only detachables left in the 10" category. I once had a Dell Netbook, even switched the HDD with an SSD and upgraded its RAM to 2 GiB. But the CPU (Atom N450) was just too slow even for web browsing (although the trend to responsive web design effected readability enormously on the 1024x600 display).

I bought a refurbished Thinkpad A285 some time ago. It's a bit wider and longer but only half as thick and weighs nearly the same, so portability is okay for me. And is has more than enough oomph.

I really don't like price and warranty. I mean, in Europe all laptops come with 2 year warranty, but here I have to pay extra money for that. And because service centres are not in my country, I believe, I would have to send them back laptop and wait a long time before I will get it back. That's really not looking good for that price

sarmad 26 Jun, 2020
View PC info
Most people are waiting for an AMD GPU. But this one is a nice machine. Nice to seem them finally giving a compact gaming machine without sacrificing specs (the previous Oryx Pro was bigger than this). Also, good to see the battery bumped to 73Wh. I wonder how long this one lasts, though with an 8 core H series CPU I don't expect it to last much.
0 Likes
1/2»
While you're here, please consider supporting GamingOnLinux on: