Like sumo wrestling with explosions, BOMBFEST is pretty amusing

BOMBFEST, an explosive party game that released last year seems to have been missed by most and it's seen very few user reviews which is a shame due to how fun it actually is. Note: key provided by the developer.

The developer says it's like 'sumo wrestling with explosives' and that's hilariously accurate. Four players run around a small map, while throwing around blocks and bombs to attempt to knock the other players off. Simple, highly accessible as it only needs a few buttons and it's also hilarious. A sweet style too, with everything made to look like children's toys as you battle across wooden forts, on folding chairs, and inside the kitchen sink.

Check out some of our footage: 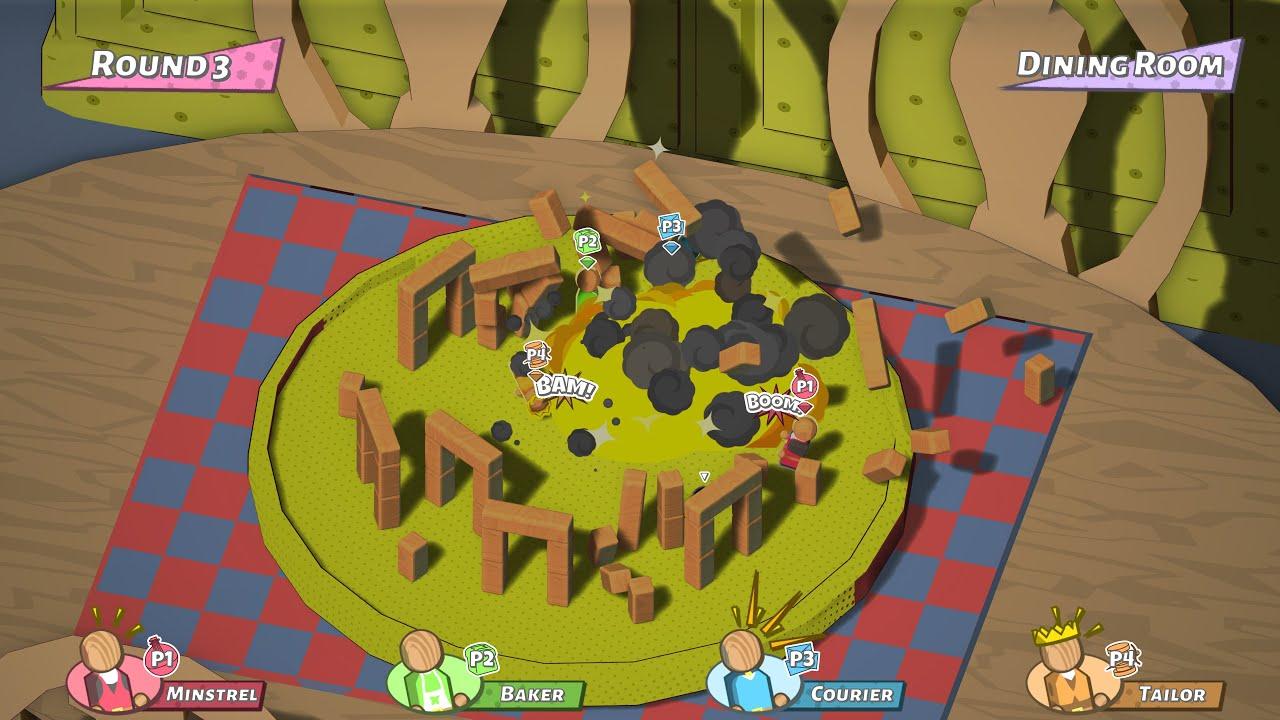 Considering how much fun we had playing it here in the GOL office, it's quite likely to end up in our personal rotation of party games to play together. Some of it's ridiculous too, like the level with a moving train. There's been a few times where a carefully timed bomb throw will have the train save you from falling off while the other player goes flying and it's so very satisfying. If you don't have people to play with, the good news is that it has AI players too so you can play it entirely solo. You can also try it with Remote Play Together!

BOMBFEST is available on Steam for some over the top explosive fun. It's also 85% off during the Steam Summer Sale that ends tomorrow, July 9 at 5PM UTC.