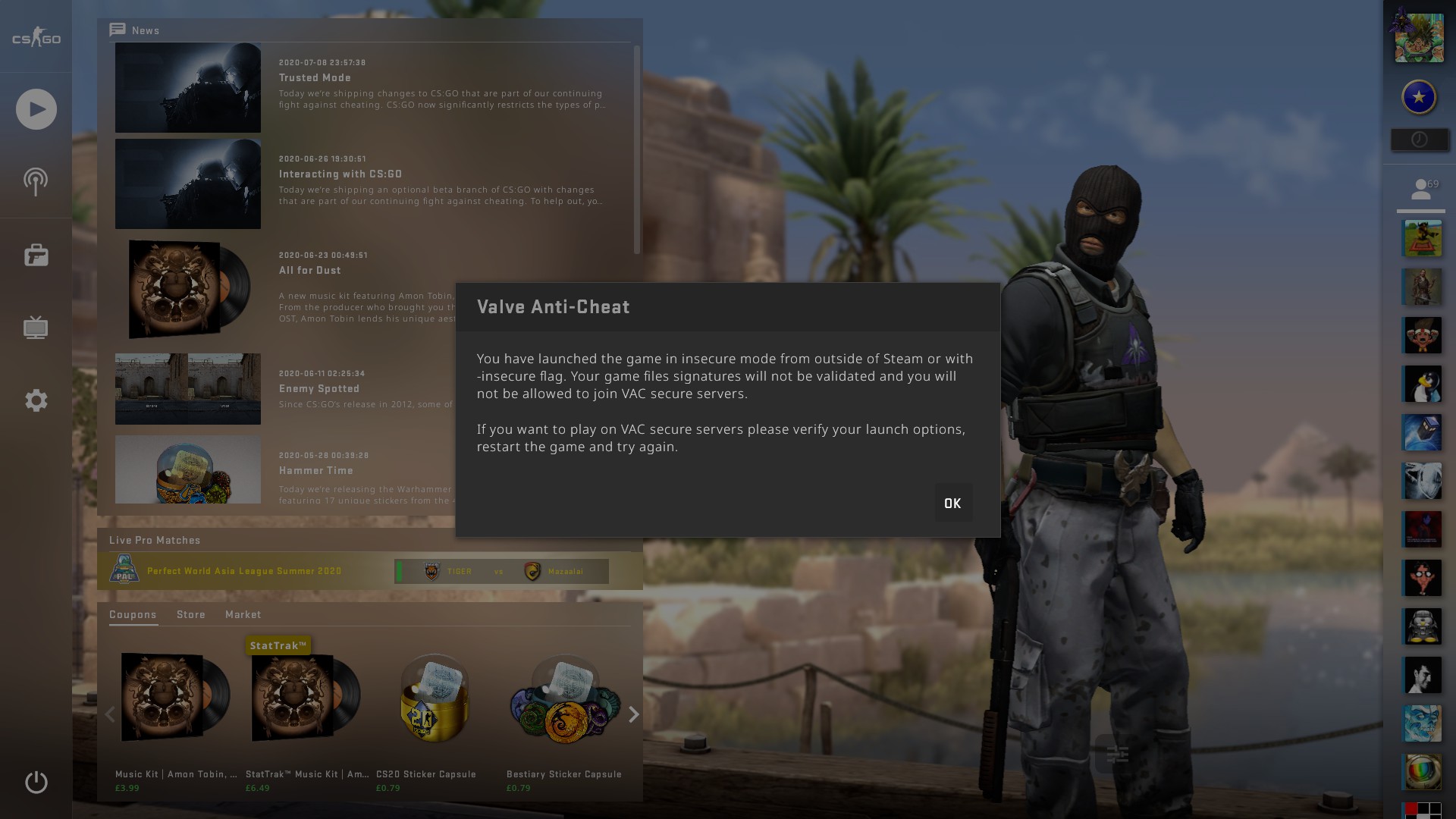 View PC info
This is interesting. I have a solid group of friends on Steam/Stadia/GOG of 14 people. Can we setup a match online only for us with CS:GO (F2P or Paid)?
0 Likes
Linuxwarper 9 Jul, 2020

I hope their anti cheating solutions succeed to a good degree so that other developers deploy it. Then Valve should not have a hard time making the suite of anti cheat software working with WINE. Assuming they are delaying doing it until they have gotten things figured out on Windows first. Even with EAC/BattleEye support for WINE there is no guarantee that developers will continue to use them in future.
0 Likes
Code Artisan 9 Jul, 2020
how do they enforce signed dlls only?
0 Likes