With artwork I instantly fell in love with, the pixel-art action-platformer Primal Light is out now. Made with Godot Engine, developer Fat Gem worked for around three years to come up with their first game. 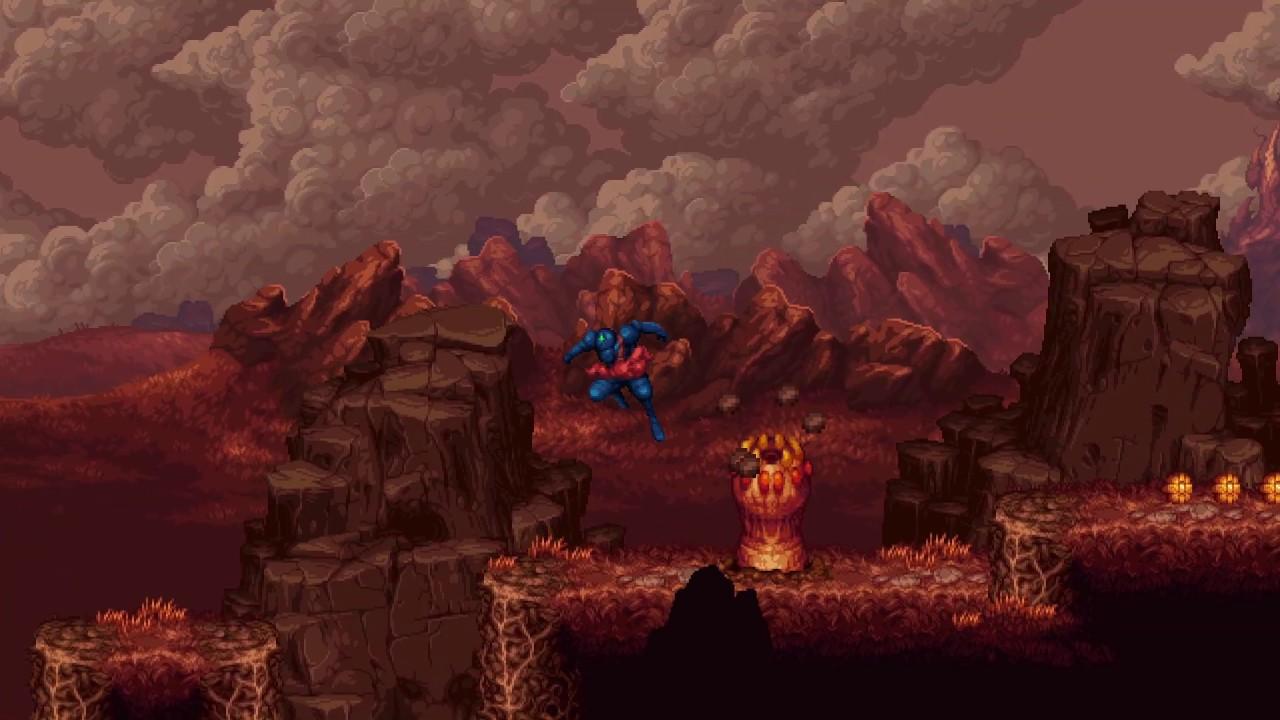 I honestly can't get over how fantastic the artwork is for their first release, it certainly makes an impression. For me, it's quite the nostalgia trip. I grew up playing games on the likes of the Amiga and the Sega Mega Drive / Genesis and Primal Light would fit right in there easily. Not too surprising though as they mentioned Shadow of the Beast, a true Amiga classic, as being one of the games that inspired them.

We started it for fun, but then it grew into a real passion project of ours. Primal Light is a game my old friend and I worked on little by little in our free time as we continued working our day jobs.

We chose to make it on a zero dollar budget, just the two of us, and see what we could accomplish with persistent hard work and a lot of restless nights. We figured that if we kept at it no matter how small the progress on some days, eventually it would become a finished thing that we could look back on and feel proud of. 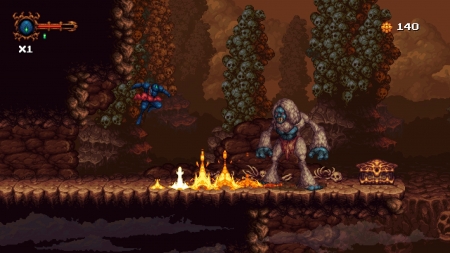 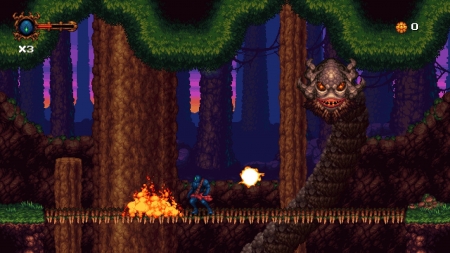 Not just retro in style though it can also be just as difficult as some of the classics, with tight platforming that needs good timing on jumping, attacking and rolling away. You have a limited set of lives (although you can find more) and each time you die you get reset to a checkpoint. Once your lives are up, you need to do it all over again. I'm nowhere near good enough for it, with my timing completely off and I found it somewhat punishing due to that but still enjoyable, as with each run I've been learning the timings to get it right. Still, a slightly less punishing mode would be welcome. Overall though, an enjoyable throwback that's worth taking a look at.

You can find Primal Light on Steam and itch.io.

fagnerln 9 Jul, 2020
View PC info
This game looks incredible! I hope that in the future Godot get the same popularity as unity in the market...
2 Likes, Who?

CFWhitman 12 Jul, 2020
View PC info
The first thing I thought when I saw the picture was, 'That reminds me of Shadow of the Beast; I hope it's not as hard,' but it sounds like it's too similar to Shadow of the Beast. I don't generally feel like I have time anymore to play games that don't let you save your progress, and you have to go through the whole game from the beginning over and over to finish it. Maybe if the controls feel solid enough it will pull me in; I don't know.

Quoting: CFWhitmanThe first thing I thought when I saw the picture was, 'That reminds me of Shadow of the Beast; I hope it's not as hard,' but it sounds like it's too similar to Shadow of the Beast. I don't generally feel like I have time anymore to play games that don't let you save your progress, and you have to go through the whole game from the beginning over and over to finish it. Maybe if the controls feel solid enough it will pull me in; I don't know.

My thoughts exactly, and that intensified when I watched the video. The gameplay and the music is extremely similar to Shadow Of the Beast. Which isn't necessarily a bad thing. :-)
0 Likes
While you're here, please consider supporting GamingOnLinux on: