Remembering an indie gem with Osmos over 10 years later

Ah Osmos, what an absolute gem that was back when it released for Linux in 2010. Looking back, it's one of the first set of new-wave indie games to kick-start Linux gaming.

I say 'new-wave' because there were of course indie games way before 2010, however, when thinking about the history of Linux gaming back in 2010 there wasn't a great deal available officially at all. Hemisphere Games were practically a pioneer when it came to putting a game on Linux. 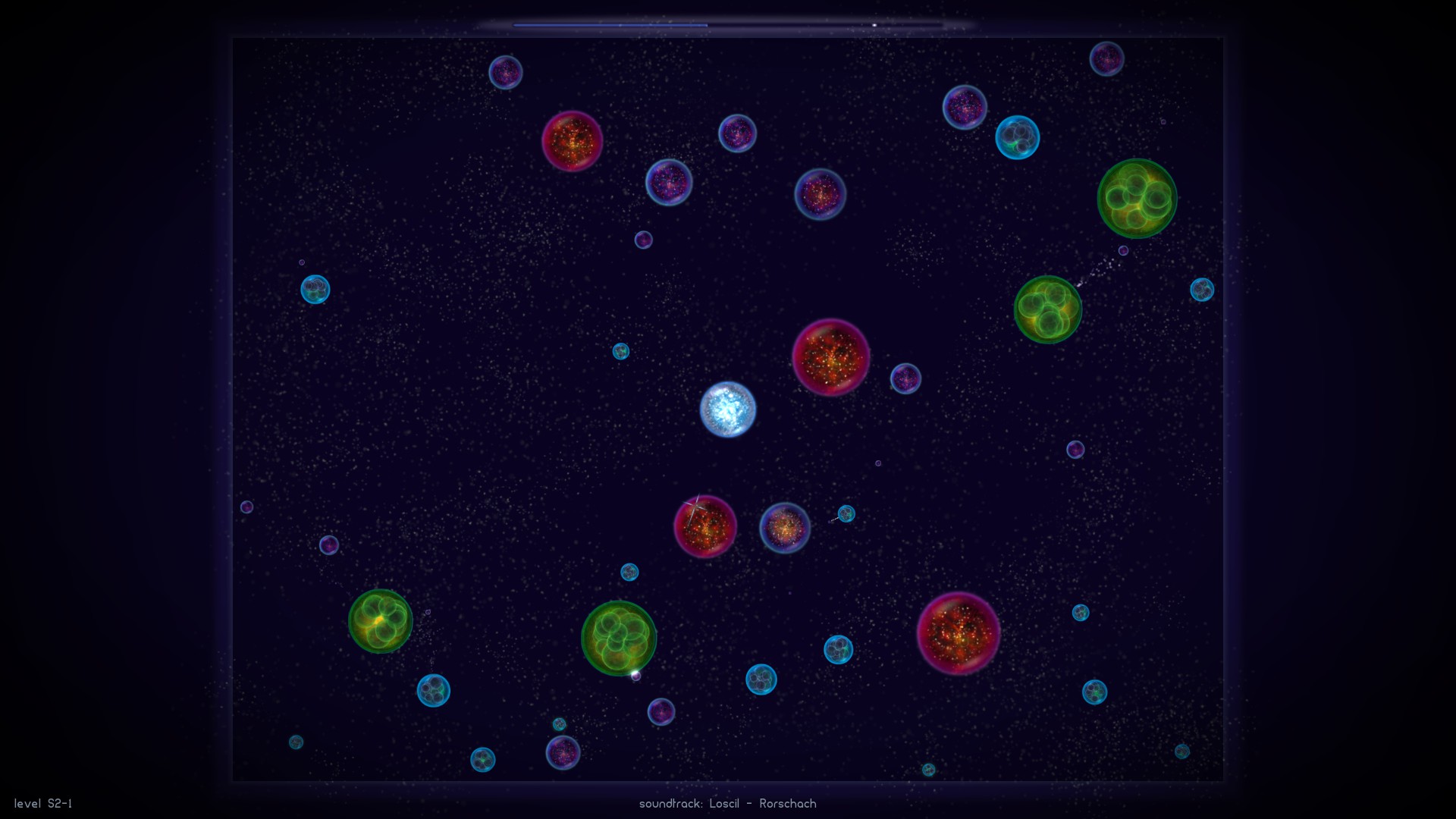 You have to remember this was multiple years before even Steam came to Linux. Before there was any real push from anyone for Linux gaming. Okay, there were a few (hello) but back then it was truly a different world and not many had any real success. Want to feel old? Osmos released even before the first Humble Indie Bundle and itself was placed into the Humble Indie Bundle 2 back in December 2010.

What the heck is Osmos anyway? You control a mote, propelling yourself forward by ejecting matter in the opposing direction, which also reduces your own size while doing it so you have to be careful. You absorb others to grow, while also trying not to get sucked away yourself. That's just scratching the surface though, with multiple level-paths to progress through from slow ambient casual floating around, difficult challenge levels that start with the odds firmly stacked against you to speeding around what looks like a star. It's a mix of casual and challenging gameplay. With truly gorgeous simple visuals and an excellent electronic soundtrack, it's an easy game to get utterly sucked into with headphones in. Since it's such a wonderful game, it's aged perfectly too. In another ten years time, I can still imagine myself loading it up and appreciating the silky-smooth beauty of it. To this day, Osmos holds a special place in my heart for having such a wonderful atmosphere and style, plus giving Linux support early on.

It's so old, their official YouTube trailer only goes up to 480p: 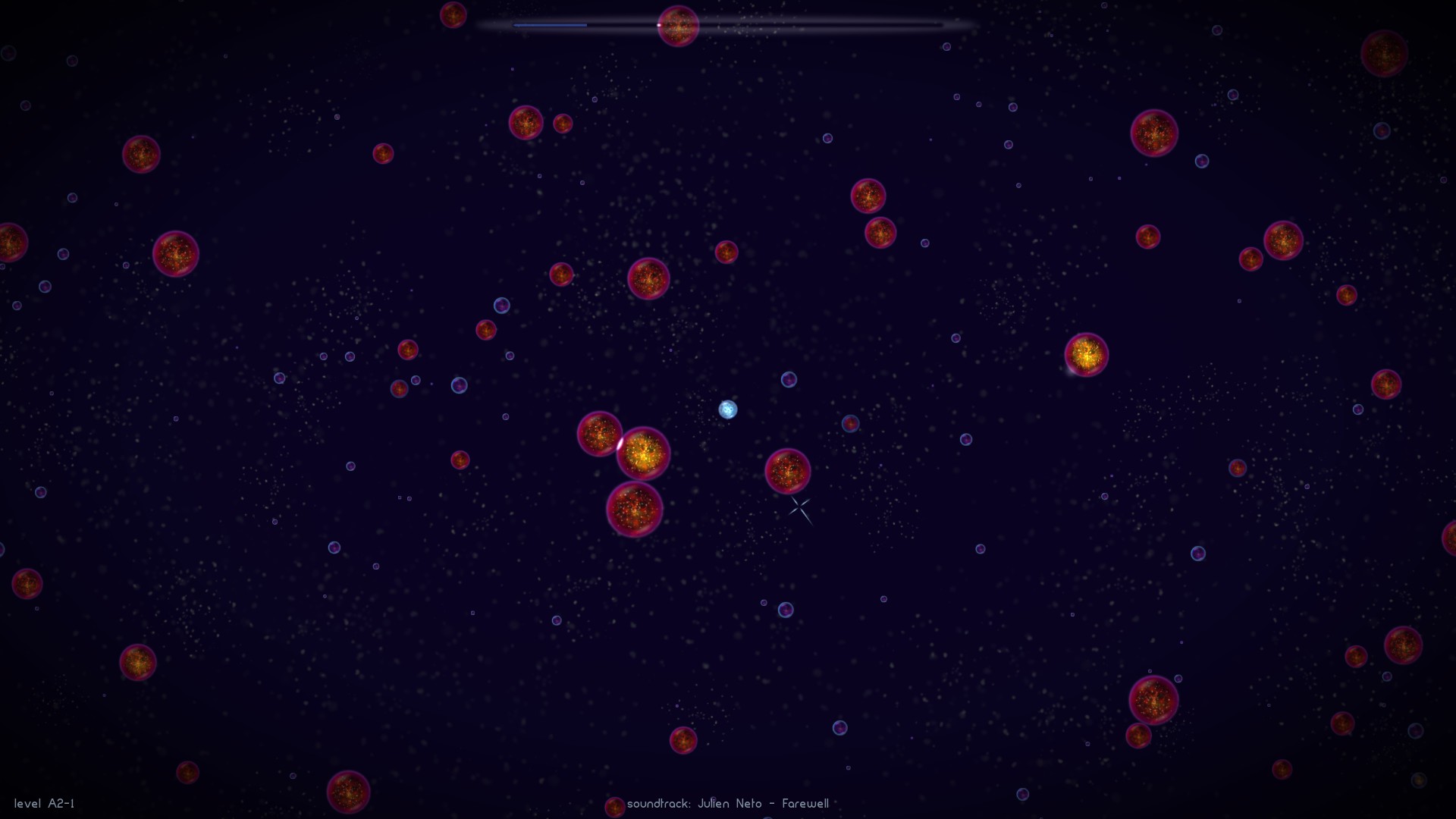 Osmos was reviewed well, eventually making it onto mobile platforms and ended up spawning lots of imitations. Over ten years later, clicking Play on it again and it's still such a fantastic experience that works wonderfully.

You can buy Osmos on the Humble Store, the Official Site and Steam.

View PC info
Ah yeah, Bubble Fart Simulator. Played the heck out of this when it hit the bundles.
2 Likes, Who?

Janne 10 Jul, 2020
View PC info
One of my all time favourite games, and it has aged not at all. Could possibly do with a graphical uplift for current resolution screens but even that is not at all necessary. Get it if you haven't got it already.
0 Likes
no_information_here 10 Jul, 2020

I think the bundle I got this in finally convinced me that Linux Gaming was going to be able to challenge the other platforms. They weren't big games, but a lot of them were good.
0 Likes

View PC info
Back when it was in a Humble Bundle I created a Swedish translation for it: https://drive.google.com/file/d/0BwqAKhyY0V1OX25XQk1mUVZaRnM/view?usp=sharing if anyone would be interested :)
1 Likes, Who?

View PC info
I actually got this in the Humble Bundle 2, shortly after I'd moved away to college and discovered that with better-than-dial-up internet speeds Steam was actually viable and there were a lot of games out there.

That was about 4 years before I switched to Linux, but having games like this ready and waiting for me when I did was a big part of why I took the plunge.

I never did completely finish it, maybe I'll fire it up today for a bit.

View PC info
It was World of Goo [GOG, Steam] that made me think that gaming on Linux might be a thing. Then the HiB came along and I think that really made people take note.
1 Likes, Who?

View PC info
Oh yeah, Osmos... great soundtrack. I remember enjoying reading their Linux port post-mortem "report":
There should have been a part 3 which never released though, maybe it should have been the figures article:

Those numbers have been pretty impressive back in the days.

View PC info
The rise of linux gaming coincided with my return to gaming (for obvious reasons as a linux-only computer user). HIB was such an incredible revelation for me... I remember loving the sountrack for Osmos, and I (re)bought it a couple years ago for Android. Happy to say as a game holds up just fine and I can recommend it for the audio alone.

Mountain Man 18 Jul, 2020
View PC info
Great game. I think I still have a .deb installer tucked away somewhere on my hard drive, but it's broken now and throws up an error if try to run it, so Osmos exists mostly as a memory for me. When I bought it many years ago, it came with a free album of ambient music by Mat Jarvis called Sounds of Earth that I still enjoy listening to.
0 Likes

Quoting: Mountain ManGreat game. I think I still have a .deb installer tucked away somewhere on my hard drive, but it's broken now and throws up an error if try to run it, so Osmos exists mostly as a memory for me. When I bought it many years ago, it came with a free album of ambient music by Mat Jarvis called Sounds of Earth that I still enjoy listening to.

Last edited by scaine on 18 July 2020 at 11:24 am UTC
0 Likes
While you're here, please consider supporting GamingOnLinux on: