Since it's only a game engine, out of the box it's a little bare-bones. It does have a default Minetest Game, which is slowly expanding with more but it's quite basic. In this latest release the Minetest Game itself gained Wild Cotton, Straw Stairs/Slabs became usable as fuel, there's new textures for Dry Shrub and Brake Rail plus some new particle stuff for leaves and TNT. 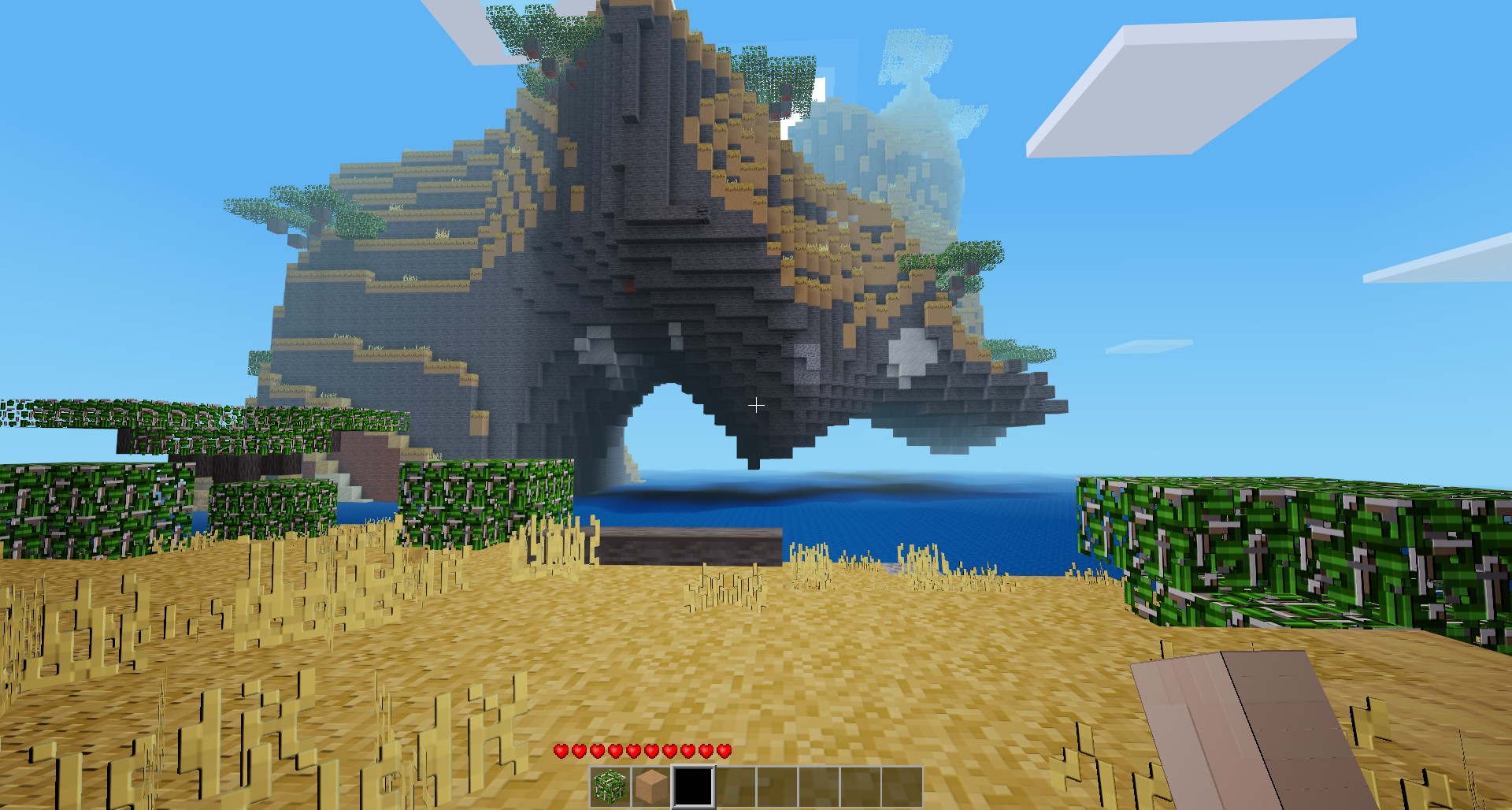 After going over the changes, here's a few quick other highlights for Minetest itself:

The key with Minetest is the modding scene and it's quite big. This release expands the modding API again with new vector functions that will be useful for working with rotations, the Zoom key is now exposed to the API, mods can check if creative mode is enabled, scalable texts in the HUD are in, server-side translations are possible and more.

With a built-in content downloader, there's tons of extras available for it including whole conversions and simple game modes like capture the flag. It also downloads what you need when you try to join an online game—nice. Checking in on it today, there's multiple hundreds of people playing it online. 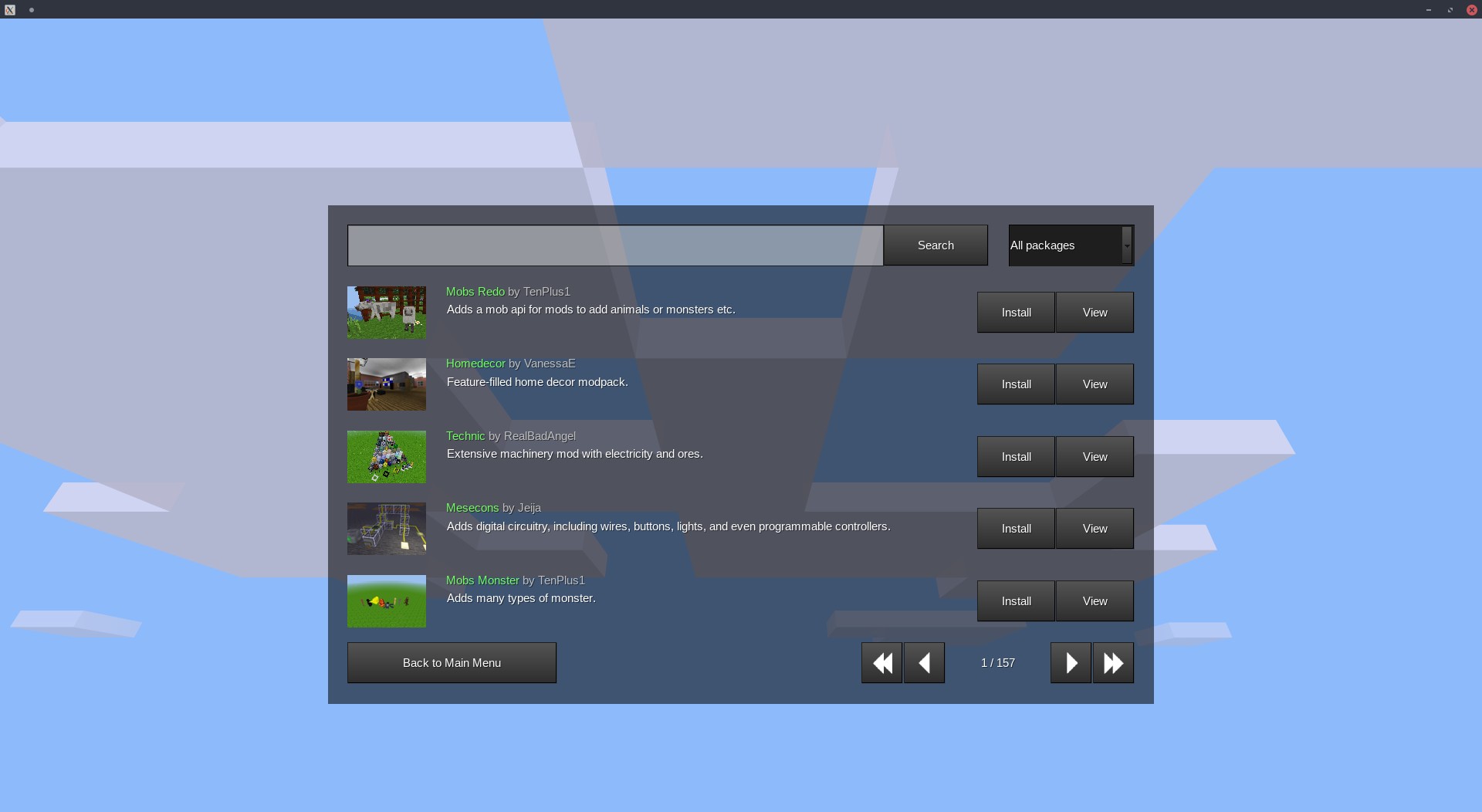 What are your favourite packs to play with Minetest? Let your fellow readers know where it's best to get started. You can find out more on the Minetest website. You can download it easily as a Snap, a PPA for Ubuntu is available too or Flatpak.

After more sandbox-like survival games? Have a look at Vintage Story too.

About the author - Liam Dawe
I am the owner of GamingOnLinux. After discovering Linux back in the days of Mandrake in 2003, I constantly came back to check on the progress of Linux until Ubuntu appeared on the scene and it helped me to really love it. You can reach me easily by emailing GamingOnLinux directly and find me on Mastodon.
See more from me
Some you may have missed, popular articles from the last month:
The comments on this article are closed.
8 comments
randyl 10 Jul, 2020

View PC info
This project amazes me somewhat. The original Java implementation of Minecraft had some limitations due to the language choice. So, some people reimplemented Minecraft in C++. I like how this game focused heavily on the community and modding to generate specific content while they develop the engine. To me, it's a great example of a truly collaborative FOSS experience.
4 Likes, Who?

In addition to the other package formats, user An0n3m0us on the Minetest forums maintains an Appimage version of Minetest on Github.
4 Likes, Who?

Quoting: RandomizedKirbyTree47In addition to the other package formats, user An0n3m0us on the Minetest forums maintains an Appimage version of Minetest on Github.

Totally OT, but until I saw the source on that GitHub page I'd never realised that AppImages are based on ROX-style application directories, which are basically a UNIX-ization of the RISC OS original (!Run becomes AppRun, !Help becomes ./Help, etc.). How cool is that? Build an AppImage on an ARM platform, and you're practically halfway to an Acorn Archimedes.

View PC info
Tested this game a little bit, people really underestimate it, it's not minecraft, even though it's similar, we should not expect a minecraft 2 from it, this game is great, and i see MUCH potential in it
0 Likes
Diable 15 Jul, 2020

Quoting: LemosbashTested this game a little bit, people really underestimate it, it's not minecraft, even though it's similar, we should not expect a minecraft 2 from it, this game is great, and i see MUCH potential in it

And that's what keeps Minetest from going mainstream. The lack of a base game mode that plays like actual Minecraft.
2 Likes, Who?

It's not a full-blown Minecraft replica but it has a lot of its features and it keeps getting updates and polish. :)
1 Likes, Who?
randyl 17 Jul, 2020

It's not a full-blown Minecraft replica but it has a lot of its features and it keeps getting updates and polish. :)

The community modding system is the powerhouse behind this game. The experience doesn't limit players to "just Minecraft". I think that is pretty rad.

View PC info
True. :) But we have to acknowledge the close relationship of the modding community and the Minetest developers, which is quite healthy. For instance, Wuzzy - the founder and main developer of MineClone 2 - also contributes improvements to Minetest to support Minecraft-like features and mechanics. And he's not the only modder doing "upstream" contributions, so Minetest's future is pretty exciting.

As for MineClone 2, the next update will include potions, tipped arrows, Enderman improvements, fixed mobs and other tweaks and fixes. :) So... woo-hoo!

Last edited by kneekoo on 26 July 2020 at 4:03 pm UTC
1 Likes, Who?
While you're here, please consider supporting GamingOnLinux on: