Inspired by Settlers II, the open source Widelands has a new test build up

Settlers II is an absolute classic and Widelands does a pretty good job of carrying the torch. Recently, a huge new update went out in the form of a Release Candidate. A Release Candidate means it's not quite finished but ready enough for more public testing. Build 21 of Widelands is absolutely massive too, full of new features and fixes.

The changelog is frankly ridiculously long, too long to fully go over. Safe to say though, it's going to feel like a whole new game. The AI is smarter, there's new official maps, the build system to compile it has been upgraded, support for advanced graphical features in the game engine like mipmaps, some new graphics throughout the game like road textures and footbridge eye candy, a complete overhaul of the sound handler and a ridiculous amount more. 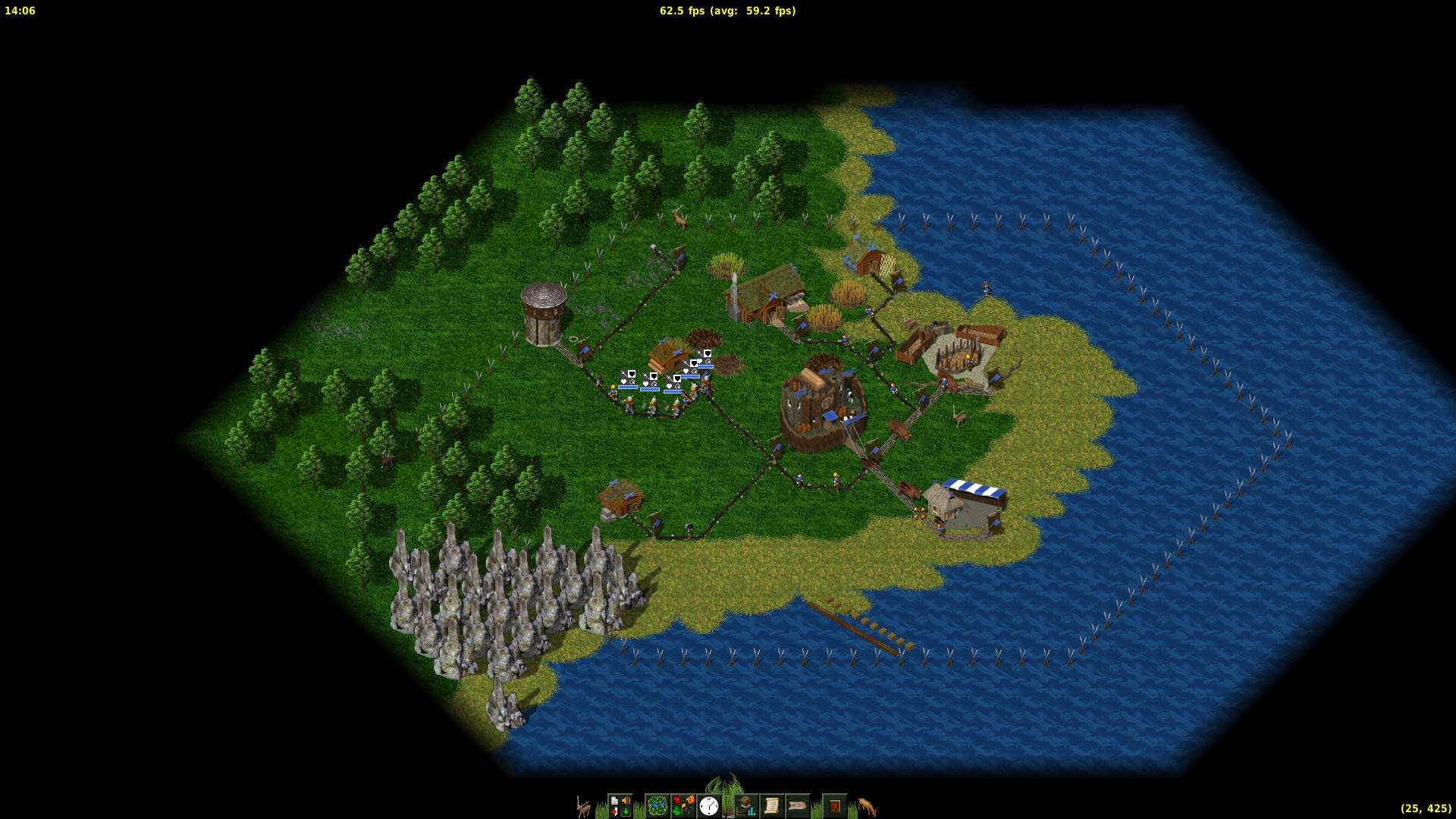 After trying out Build 21 RC, I have to say I am loving it. It brings back some great memories of spending hours playing Settlers II back in my early PC days. The later games really lost a lot of the original charm which Widelands definitely captures with plenty of modern enhancements. Multiple different game modes too with different ways to win, there's even a never ending mode to just keep on building as much as you like.

With the RC now out, they're aiming for a full release of Widelands Build 21 on July 18, 2020. Find out more on the official Widelands website. Another wonderful free and open source game you should try out. We will let you know once the full release of Build 21 is out too.

View PC info
I played it a few months ago for the last time (and years ago the first).
It is quite fine actually.
One more game to play again.
1 Likes, Who?

View PC info
And now I have the Siedler II pigeon coo in my head again :)
0 Likes

View PC info
Great that the project is still going. I remember that it's old and what I was able to find from Github, it looks like it started back in 2002.

I think I must have played it sometime before Steam for Linux was launched, which is also long time ago.
0 Likes

View PC info
When I think back to the early '90s: The Settlers, Dune 2, Civilization, A-Train, Transport Tycoon, Theme Park... we always remember the action games like Doom and SF2, but what a golden age for strategy/management games.
1 Likes, Who?

Quoting: DuncWhen I think back to the early '90s: The Settlers, Dune 2, Civilization, A-Train, Transport Tycoon, Theme Park... we always remember the action games like Doom and SF2, but what a golden age for strategy/management games.

Yes, Civilization I remember well. Civ: Call to Power (for Linux) CD from Loki is in the bookshelf next to me, and was (IIRC) the first commercial linux game I fully played through :D
1 Likes, Who?

For some reason, I never liked Settlers II as much as the first. I think the original required a bit more care in organizing transport of wares, while the production chains were fairly simple to keep going as long as wares were flowing. With the second part, transport stopped being the bottleneck and I never really figured out the ratio of materials required for smooth operation. It must also have lacked the split-screen multiplayer of part 1. I bought a second mouse just so that friends could come over and play against me :-).

So with my preference for the first, I'm not that interested in Widelands, unfortunately. But I absolutely appreciate the effort put into the project!

Quoting: PitCiv: Call to Power (for Linux) CD from Loki is in the bookshelf next to me, and was (IIRC) the first commercial linux game I fully played through :D

Here in Germany it was distributed by SuSE, and through some logistics mishap I ended up with 2 copies (both paid for, eventually). So it was both my first and second commercial Linux game :-D.

Sam Lantinga even made changes to SDL for me, so video and audio would run in sync with my cheap Soundblaster knockoff. Good memories!

View PC info
Sounds cool. And I love the Settlers 2. Okay, I do play the 10th year edition as it's such a great remake, and like to replay the campaign every few years. Love those little guys standing on their heads and whatnot

Also, the Vikings campaign is excellent, in some ways even better than the original.
0 Likes
While you're here, please consider supporting GamingOnLinux on: