Saint Kotar, the upcoming psychological horror adventure from Red Martyr Entertainment has been given extra time on Kickstarter and it's really close to the goal.

What is it? A point and click horror adventure with a chilling atmosphere and a stylish hand-painted world. You follow the tale of Benedek Dohnany and Nikolay Kalyakin as they try to find the truth behind a macabre series of murders and strange phenomena, allegedly related to devil worship and witchcraft. You can try it yourself too, as they actually released a prologue going by the name of Saint Kotar: The Yellow Mask to give you a small 2-3 hour slice of what to expect. Check out some gameplay below: 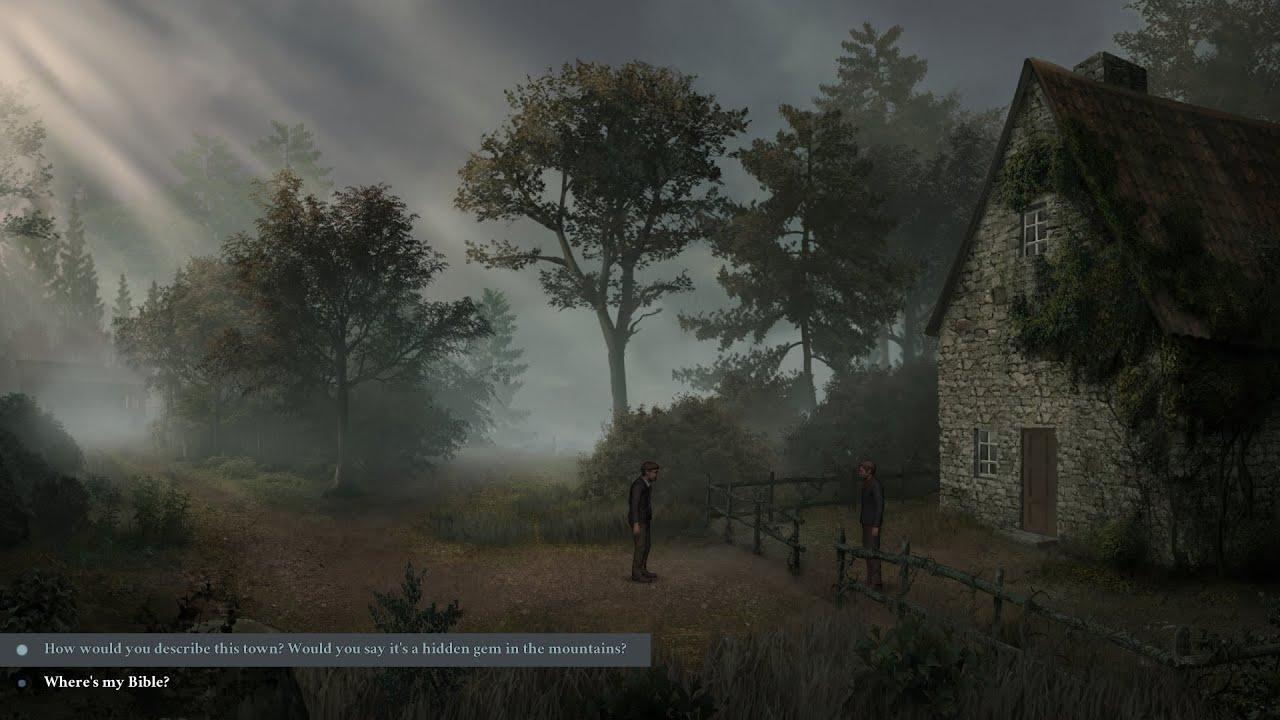 They now have until Saturday, July 25 to hit €39,000 with them currently on just shy of €33,000 so it's going to be close but 10 days might just be enough time to push it over the edge. Considering the quality of it, plus the demo to show what they can do, I'm genuinely surprised it's not funded already.

If you want a little more info, we actually did an interview with the developer which you can read here.

Check out the Kickstarter here, and try the free Saint Kotar: The Yellow Mask on Steam now.

Quoting: https://www.kickstarter.com/projects/redmartyr/saint-kotar/posts/2892534In normal circumstances Kickstarter doesn't allow extensions, but the spread of COVID-19 has created uncertainty and stress for so many people, including developers and backers alike, that they decided to make exceptions. We believe the pandemic has played its part in slowing down this project.

View PC info
I want to back it but I shit my pants playing horror games.
0 Likes

Quoting: ArehandoroI want to back it but I shit my pants playing horror games.

Maybe give the demo a try. It is disturbing, but nothing like Amnesia or the like...
0 Likes

A story about a young boy recruited by a cult, slowly succumbing to madness and darkness after series of traumatic events.
5 Likes, Who?

A story about a young boy recruited by a cult, slowly succumbing to madness and darkness after series of traumatic events.

I see what you did there

View PC info
Sigh... I thought I swore off Kickstarter but here we go again. Just when I thought I was out, they pull me back in...
0 Likes

Quoting: whizseSigh... I thought I swore off Kickstarter but here we go again. Just when I thought I was out, they pull me back in...

I'm very reluctant with Kickstarter, but they did a long demo running very good on Linux...
0 Likes


Last edited by Eike on 22 July 2020 at 2:36 pm UTC
0 Likes
While you're here, please consider supporting GamingOnLinux on: