SpaceChem, a Zachtronics classic sees a 64bit and SDL2 upgrade

SpaceChem, the design-based puzzle game from Zachtronics that has you make valuable chemical products, recently had a big tech upgrade that's out now.

Originally released in 2011, SpaceChem was originally refused by Valve to be placed onto Steam so they had to sell direct. Shortly after release it received quite a bit of praise, moving Valve to then promptly reach out after changing their mind. This was quite a long time before Valve opened up the floodgates for anyone to self-publish on Steam.

After seeing some time since an update, Zachtronics announced on Twitter that game porter and FNA developer Ethan Lee worked to update it to bring 64bit support to Linux and macOS along with it being bumped up to SDL2 which should mean it works a lot better than before. Fullscreen issues should be a thing of the past with the upgrade. 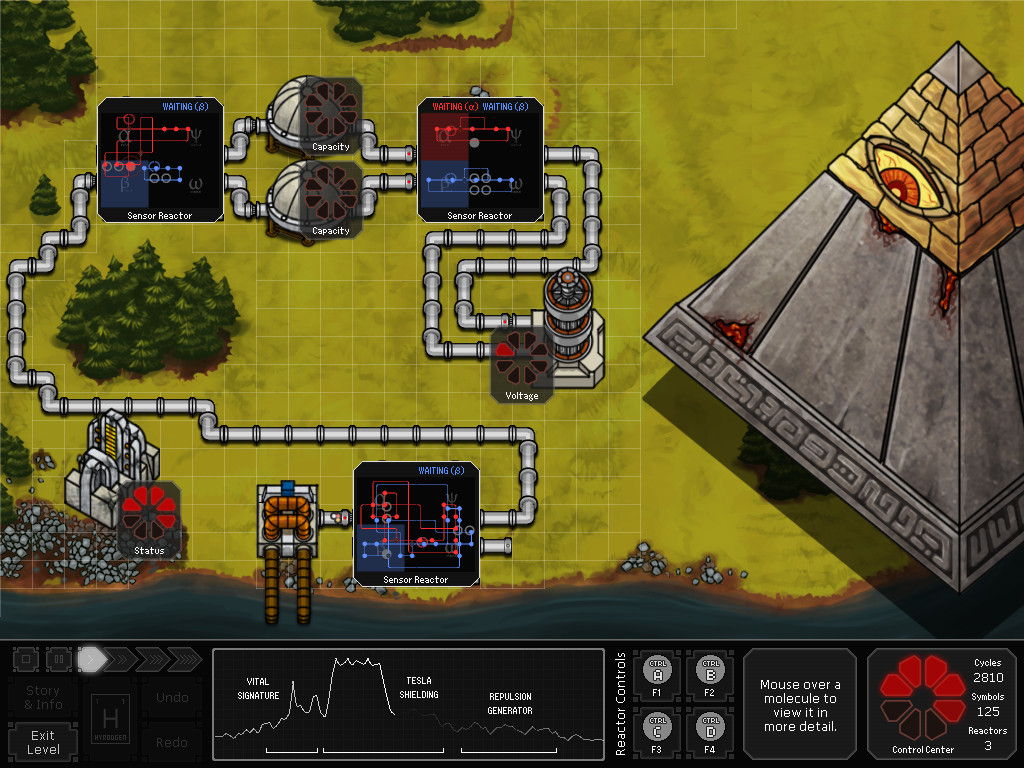 Amusingly, I owned it from a Humble Bundle some time ago and apparently never got around to redeeming my Steam key and properly playing through. Now it should work even better, I think I shall, given that it's got such a great rating from users and other critics.

I find that games from Zachtronics are always of a certain top quality, with their 2017 title Opus Magnum being my absolute favourite by them and to this day it continues being one of my top design-based puzzle games.

You can buy SpaceChem from itch.io and Steam. It's also on GOG but it appears to be lacking updates.

View PC info
Interesting, never heard that about Steam. I suppose this is a problem with only taking a superficial look at a game. I initially did the same thing and left it for a while until I got it at a discount. Actually playing it demonstrated how good it actually is and I've hoarded their games since.

I would highly recommend playing. Just a note, it gets brutally hard later on. So hard that I haven't finished it yet (and I refuse to look up solutions).

I do own it, but bought it at ShinyLoot, one of the nice gamestores killed by Steam.
Maybe a reason to re-buy at GOG (if the update shows up there at some point). The game's definitely worth that

View PC info
I am a simple man, I see flibit's work, I give like
4 Likes, Who?

obi1 16 Jul, 2020
View PC info
Maybe I'm missing something but I don't see any Linux news or client update. The tweet and steam news only mention macOS and I still have trouble running it fullscreen on sway.
0 Likes

Quoting: obi1Maybe I'm missing something but I don't see any Linux news or client update. The tweet and steam news only mention macOS and I still have trouble running it fullscreen on sway.

Great news! I loved playing Spacechem when it came out (even if it did make me feel super dumb), but getting it to run was such a paaaaaain. This update should make the installation much more straightforward.
0 Likes

View PC info
Got this originally on Desura. Remember that?
0 Likes

View PC info
I've completed the game (GOG version, runs perfect under Linux), but in some cases I searched for inspirations or solutions. It was incredibly smart puzzler. I love Zachtronics since then.
0 Likes
While you're here, please consider supporting GamingOnLinux on: