Strange Adventures in Infinite Space is back, free and under the GPL

Before the likes of FTL: Faster Than Light we had Strange Adventures in Infinite Space, one of the first spaceship roguelikes and it's made a return.

Originally released in 2002, it was later made open source in 2005 and eventually the actual game assets became freeware too. It's now seen something of an updated re-release, using improved source code that remains under the GPL license and they've also now made the game assets freely available under the CC BY-NC 4.0 license. Nice!

"Experience the little game that did. The game that opened the door just a crack, yet wide enough to allow a new roguelike subgenre to emerge. One which would eventually give us classics like FTL."

It's a single-player space exploration roguelike, giving you a full game in short bursts of 5-20 minutes depending on how lucky or unlucky you are. 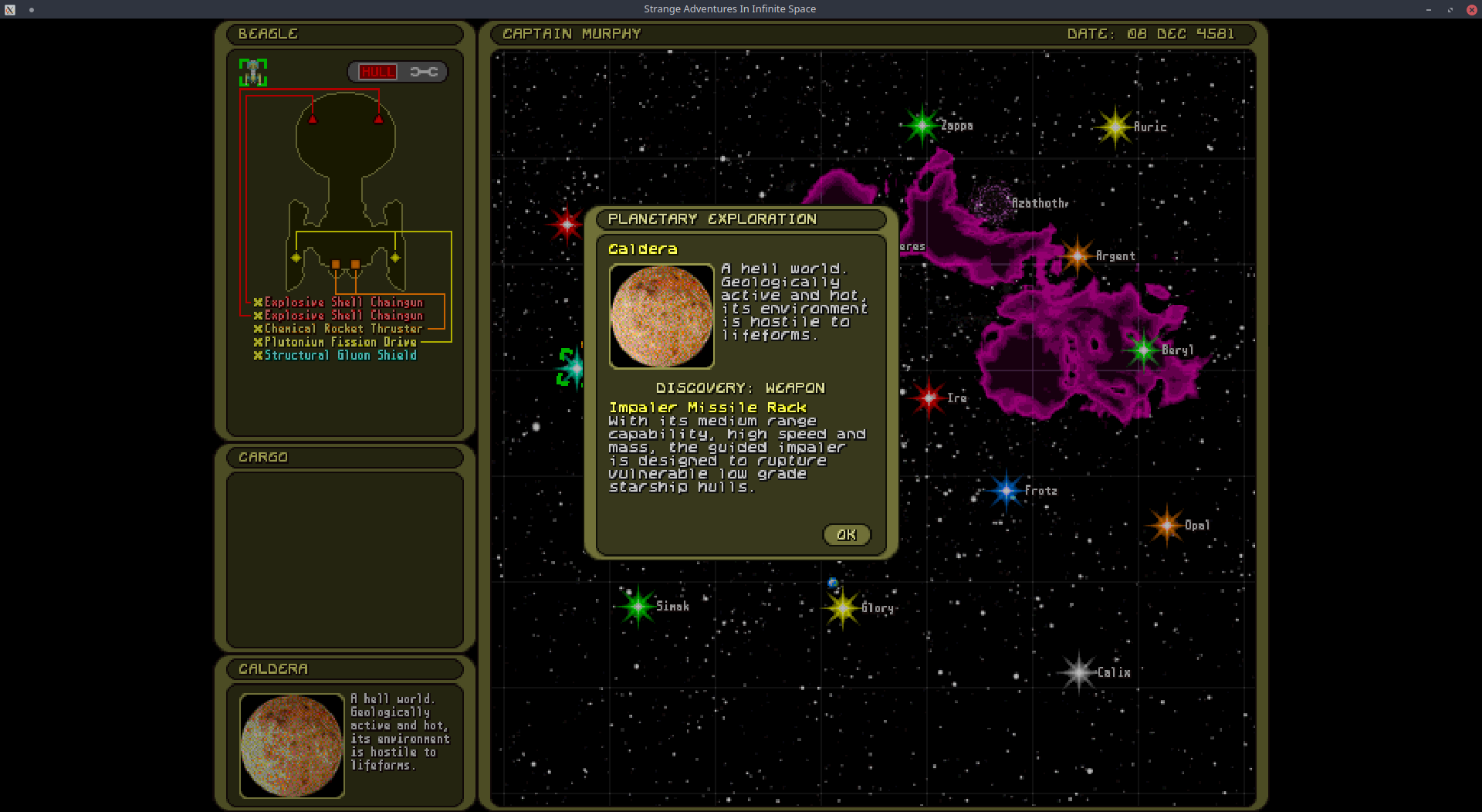 You can find it on GitHub and itch.io. The current itch build for Linux didn't run for me on Manjaro but the release build on GitHub does, they noted there was a mix-up and so it seems the itch build hasn't updated yet.