Originally launching in September 2019 after a successful Kickstarter campaign, the mystery adventure Jenny LeClue - Detectivu just got a huge upgrade.

This Kickstarter had a stretch goal on it for voice acting, a funding goal that was actually hit. Seeing it release without it was a bit of a let-down but the game as a whole was still thoroughly wonderful. As of July 24 2020, the voices are finally in and they sound brilliant. It appears they picked some great voice talent for it and it really does make an absolute world of difference to a game like this. Makes it go from good to great instantly. 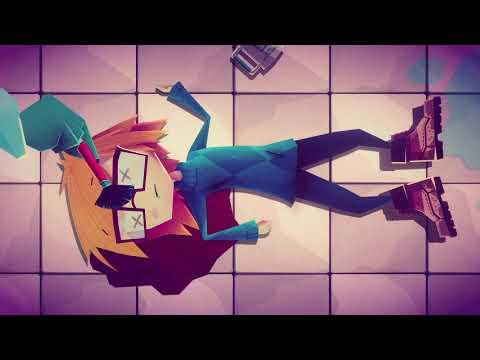 Highlights of the big 2.0 release include:

When taking a look originally last year, I did thoroughly enjoy it. The setting and story, the style and the really vibrant colouring was quite the highlight. Now though, it's well worth a second play through.

Jenny LeClue - Detectivu is available to buy from GOG and Steam.

Eike 27 Jul, 2020
View PC info
I saw in the reviews that people complain that it does not support mouse control. Additionally, it seems to be limited to walking left and right? Still held me off from buying...
0 Likes

crabel 27 Jul, 2020
Yes, there is no mouse control, but for me that wasn't an issue. The game is quite nice, I really like the idea of the game designers of that Jenny LeClue is a book character and the story is written by the author in game. It starts out fluffy, with riddles for children (where are the missing books in the classroom) then the author gets angry and later on he becomes totally drunk. And it gets weird ...

The only thing to complain about is the cliffhanger ending. I guess, the game designers simply had to get the game out to earn money. So, they kinda stopped without really resolving everything ...

I still enjoyed it. Maybe I will give it another run to get some missing achievements.
4 Likes, Who?

Quoting: crabelThe only thing to complain about is the cliffhanger ending. I guess, the game designers simply had to get the game out to earn money. So, they kinda stopped without really resolving everything ...

I was annoyed about that as well, until I remembered that the Kickstarter had episodes 2 and 3 listed as stretch goals:
https://www.kickstarter.com/projects/mografi/jenny-leclue-a-handmade-adventure-game/description

I don't think they have said anything about future episodes recently, but presumably that's still the plan?
1 Likes, Who?

View PC info
I really enjoyed this well crafted, fun game when it came out an now I'm going to play the whole thing again!

Fully voiced. Nice 😀
1 Likes, Who?
While you're here, please consider supporting GamingOnLinux on: