Drink More Glurp, a party game that thoroughly parodies sporting events like the Olympic Games and also pokes fun at sponsorship systems is out now. Note: key provided by the developer.

Set on an alien world where the inhabitants attempted to copy our sporty games, however they got everything just a little bit wrong which has resulted in a serious of ridiculous contests with completely mental physics. This might be the funniest party game I've played all year. After trying the original demo during the Steam Game Festival, I was hooked. 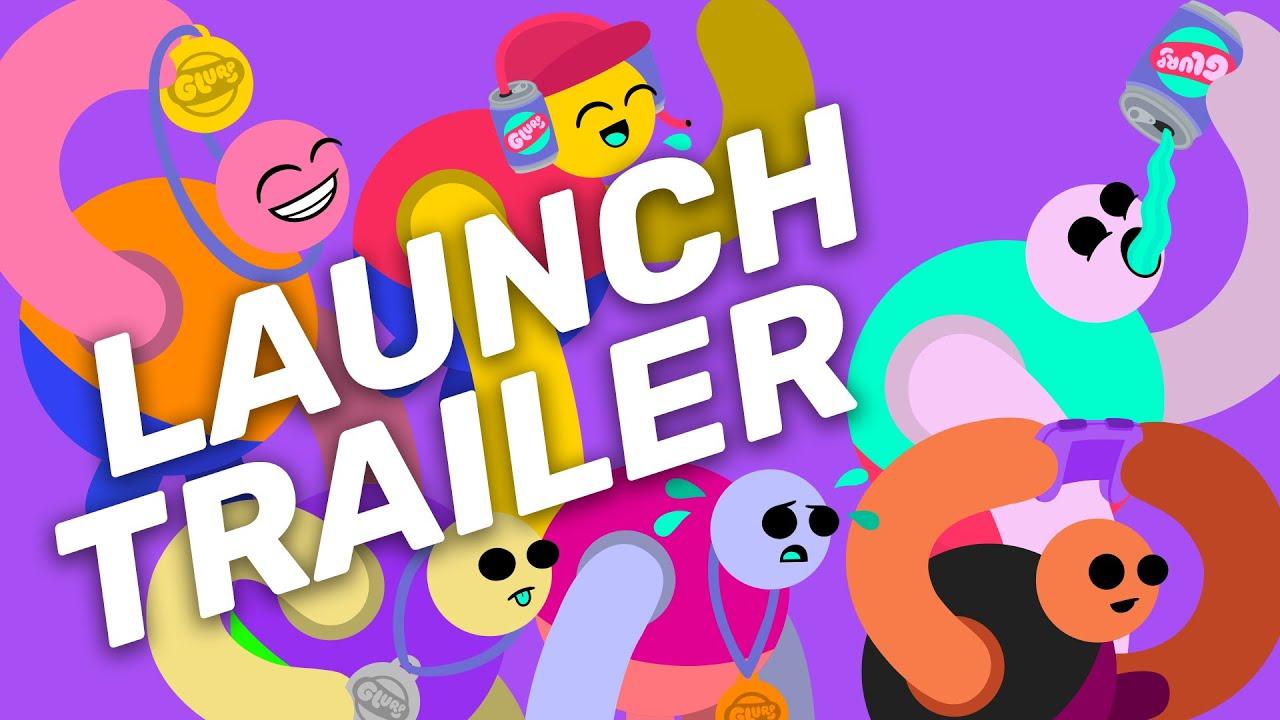 What's so great about Drink More Glurp is how easy it is to get into and start laughing. You just spin the gamepad sticks around with each controlling an arm, flail about for a while and hope for the best.

I honestly can't stop smiling every single time I load it up. Like any game though, with enough practice you can become pretty good at it and eventually you start learning a few tricks—not me though. Winning isn't the point with Drink More Glurp, most of the time that's a happy accident you can quite literally fall into. Enjoy this video of an 8 year old destroying what I thought initially was quite a good throw considering my own complete lack of coordination (I'm LM with a score of 17.29…):

Don't have people over often? There's single-player too! That's another part that I enjoy with it. A great party game it is, as you can sit around and laugh at the failure shown all around you. However, the single-player challenge mode is equally a good time when you're alone and there's plenty of these challenges with lots of variety to keep you going for hours. Plus, the online leaderboard system along with replays is a seriously fantastic touch. You can watch how others do it but that doesn't mean you're going to be able to replicate their amazing score.

Good family friendly fun that makes you really thirsty for a nice cold can of Glurp, it's just so completely stupid you have to love it. Something you need to be aware of though is that due to the control scheme, you need a gamepad to play. Since it's a hot-seat game, you only need one pad that you throw around to each player when its their turn.

You can buy Drink More Glurp on Steam and you should because it's awesome.