DDraceNetwork, originally just a mod for the platform shooter Teeworlds that eventually spawned its own game is now up and free on Steam. Giving new life to a classic game, one that's absolutely frantic, it's good to see it appear now after five years waiting.

This is not a shooter, instead it's something of a big online co-op game where you're all trying to reach the finish line of every map. It's not a Fall Guys situation either, you're not trying win over everyone else. Instead it's just about finishing. That can be together as you help each other or alone—whatever goes really. 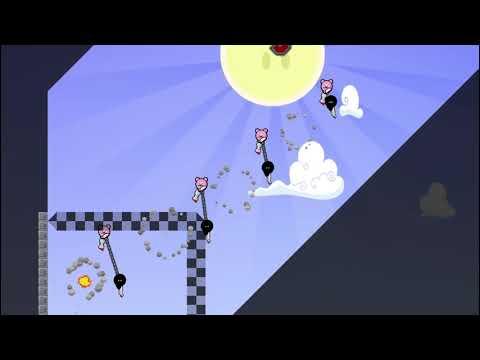 You can play with a lot of people in DDraceNetwork, as each server can have up to 64 people online. It does require quite a lot of skill though, which is thankfully why it has some practice servers online and there's a few reasonable easy maps to get you going as well.

There's lots of jumping, swinging and laughing involved. It's pretty funny, since you all have a grappling hook which can hook into other people. Some sections really do need a bit of teamwork, which is interesting to try with complete strangers. In a game I played earlier, it worked quite well with myself and another using our grappling hooks to pull the other along through sections when the other player is unable to move. 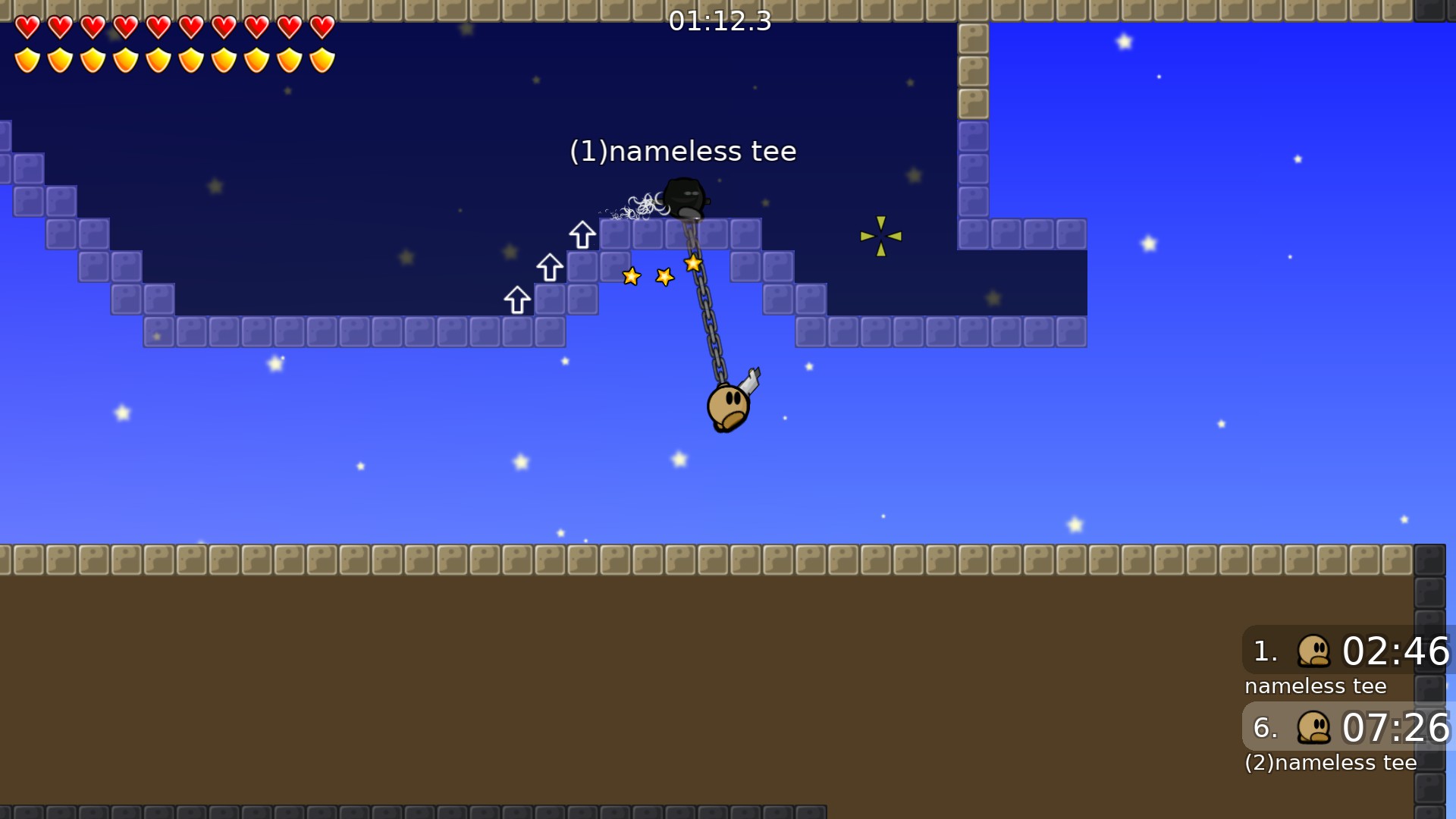 Ultimately we both failed but it was still amusing. There's even a little emote wheel you can bring up, to give someone a bunch of hearts for helping you or other such speech-bubble styled emotes to convey what you need to other players. Especially useful, since they might not speak your language so it's a nice little touch to have.

Overall, it's a thoroughly unique co-op game that's worth a go. Especially since it's free and open source.

You can grab it now on Steam, the official site and see the source on GitHub.