Red Hook Studios have released an update to the free Darkest Dungeon: The Butcher's Circus DLC, which now includes Linux PC support too.

This is the brand new free DLC that adds in PvP battles to Darkest Dungeon, which are entirely separate to the main campaign. It brings the tough turn-based combat to an entirely new audience. Red Hook Studios are still tinkering with their idea and this is the start of a second Season of content for The Butcher's Circus. In addition to adding Linux and macOS support to the new mode they've also added an Offline Mode to practice against bots, Steam Rich Presence support, improvements to the Direct Challenge feature and more polishing. 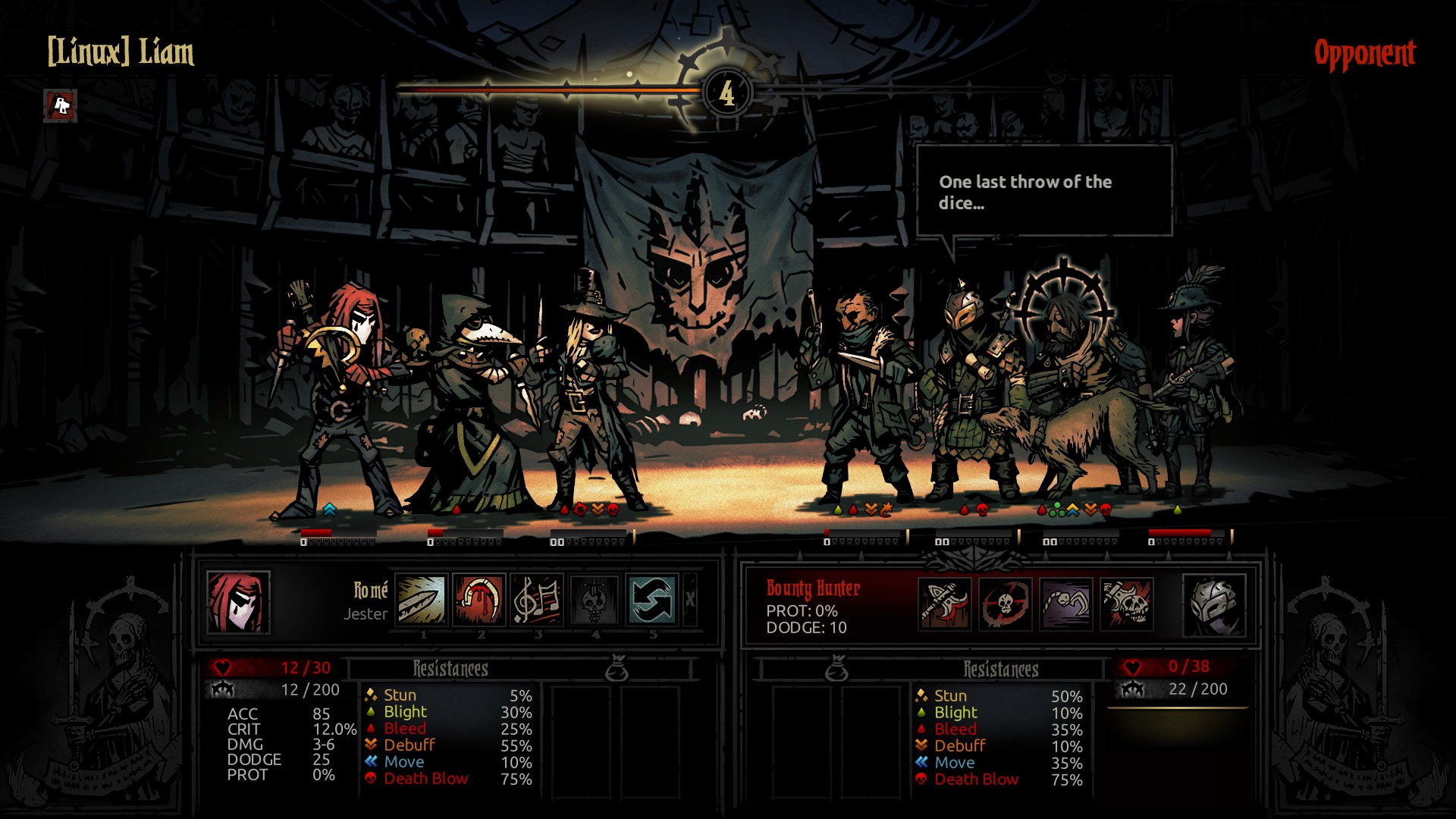 Currently, it seems to be having some server issues as shown by reports on their forum from plenty of people unable to connect so it puts them into offline mode. I have also seen this issue, so hopefully whatever is causing the connection problems will be solved soon. It's clearly not a Linux-specific problem though. Once that's properly ironed out, we'll be taking a good look. From time spent playing against bots though, the idea does work quite well with the turn-based nature of the battles that lends itself well to online PvP.

The team originally said it might come to other stores (like GOG), depending on the reception. So far, that reception has not been good with a Mixed overall user review score and a Mostly Negative recent score on Steam. It will be interesting to see if they manage to turn it around.

The Butcher's Circus for Darkest Dungeon is currently only on Steam.

View PC info
The server connection issue should be all cleared up. Sorry about that!
0 Likes
While you're here, please consider supporting GamingOnLinux on: