Ventoy is my new favourite tool for Linux distro-hopping

Do you distro-hop on Linux often? Ventoy might be the tool you're looking for and it's quite possibly my new best friend.

What is it? Ventoy is a free and open source application that you can stick on a USB drive, which allows you to create a reusable system for booting ISO/WIM/IMG/EFI files. Instead of wiping your USB drives over and over with new distributions, Ventoy lets you just dump the files onto the drive, reboot and get an easy list of distributions to boot. 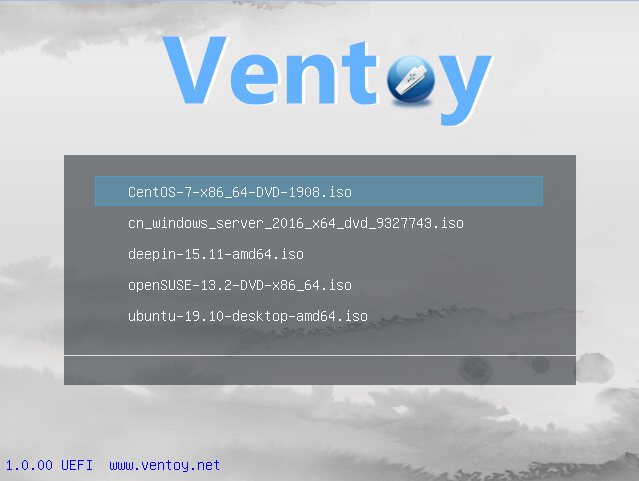 It's a tool that I'm definitely going to be getting plenty of use from. Could end up saving quite a bit of time, all you need to do to test something out directly once setup is just dump the file onto a drive and reboot. During my own testing, it works exactly as described.

However, it doesn't work with everything. It does have a pretty huge set of compatible files but some don't show up or have other issues. It's an evolving project under constantly development and improvements, so over time more and more will be supported it with it, even so it's a wonderful bit of software that's worth highlighting. So next time you're feeling a little of this, perhaps give Ventoy a try.

See the official site here and on GitHub.

scirocco 27 Aug, 2020
View PC info
Tried it, great idea but alot of distros fail to boot or is buggy when using it.
1 Likes, Who?

View PC info
Nice tool. It seems similar to Multisystem. Am I wrong?

Looks like an alternative to Easy2Boot which is what I'm currently using because although it requires windows for the initial setup, the process of adding other OS's is the same, just drop the ISO into the pen and you're done.

View PC info
Can't say I've ever found writing ISOs to USB much of a hardship (heck, I still like to keep a copy of SystemRescueCD handy... on CD; you never know when it might turn out to be your only option), but anything that makes life easier is always welcome.
2 Likes, Who?

Quoting: nitroflowLooks like an alternative to Easy2Boot which is what I'm currently using because although it requires windows for the initial setup, the process of adding other OS's is the same, just drop the ISO into the pen and you're done.

It does not require Windows. It does for creating UEFI capable images. You can create E2B stick without using Windows at all.
0 Likes
nitroflow 27 Aug, 2020

Quoting: DuncCan't say I've ever found writing ISOs to USB much of a hardship (heck, I still like to keep a copy of SystemRescueCD handy... on CD; you never know when it might turn out to be your only option), but anything that makes life easier is always welcome.

It's just a question of convenience, saves time and space, not to mention you can still use it as a normal drive for storing other stuff. That said it doesn't work with every image so some still have to be written to USB anyway, case in point ROSA hybrid ISOs fail to mount correctly during boot if not written directly to USB.
1 Likes, Who?

Solarwing 27 Aug, 2020
Nice.Maybe I could try this. It seems to be a better solution than YUMI which I use

Not that I distro hop as I've been using the same Arch install since 2009! It's come in handy for new installs elsewhere though.
0 Likes

Quoting: GuestI installed my current system ten years ago, and am still using it exclusively

So, I do not think I qualify as a distro-hopper… I guess I distro-settled a looong time ago.

Thought the same... I had my system over 15 years, until I couldn't figure out a problem... created by 15 years old config files nobody tested against anymore. :-) Reinstalled the same distribution.

So, why distro-hopping when there's [insert your favourite distribution here]? ;-)
1 Likes, Who?

View PC info
https://netboot.xyz/ wants you to hold it's beer :)
1 Likes, Who?
1/2»
While you're here, please consider supporting GamingOnLinux on: