Today the 'Ultimate Countdown' from NVIDIA ended with the announcement of the RTX 3090, RTX 3080 and the RTX 3070, all of them being absolute monsters with 2nd generation RTX. Powered by their Ampere generation, this definitely sounds like a big generational leap. It's really easy to be excited about it and I am.

Not just in terms of power, the price of the main two RTX 3080 and the RTX 3070 puts them well in line with the current 20xx generation which is pretty amazing for the difference in power. We need to take anything with a pinch of salt though of course, until independent benchmarks can be done.

Here's some shots from the presentation: 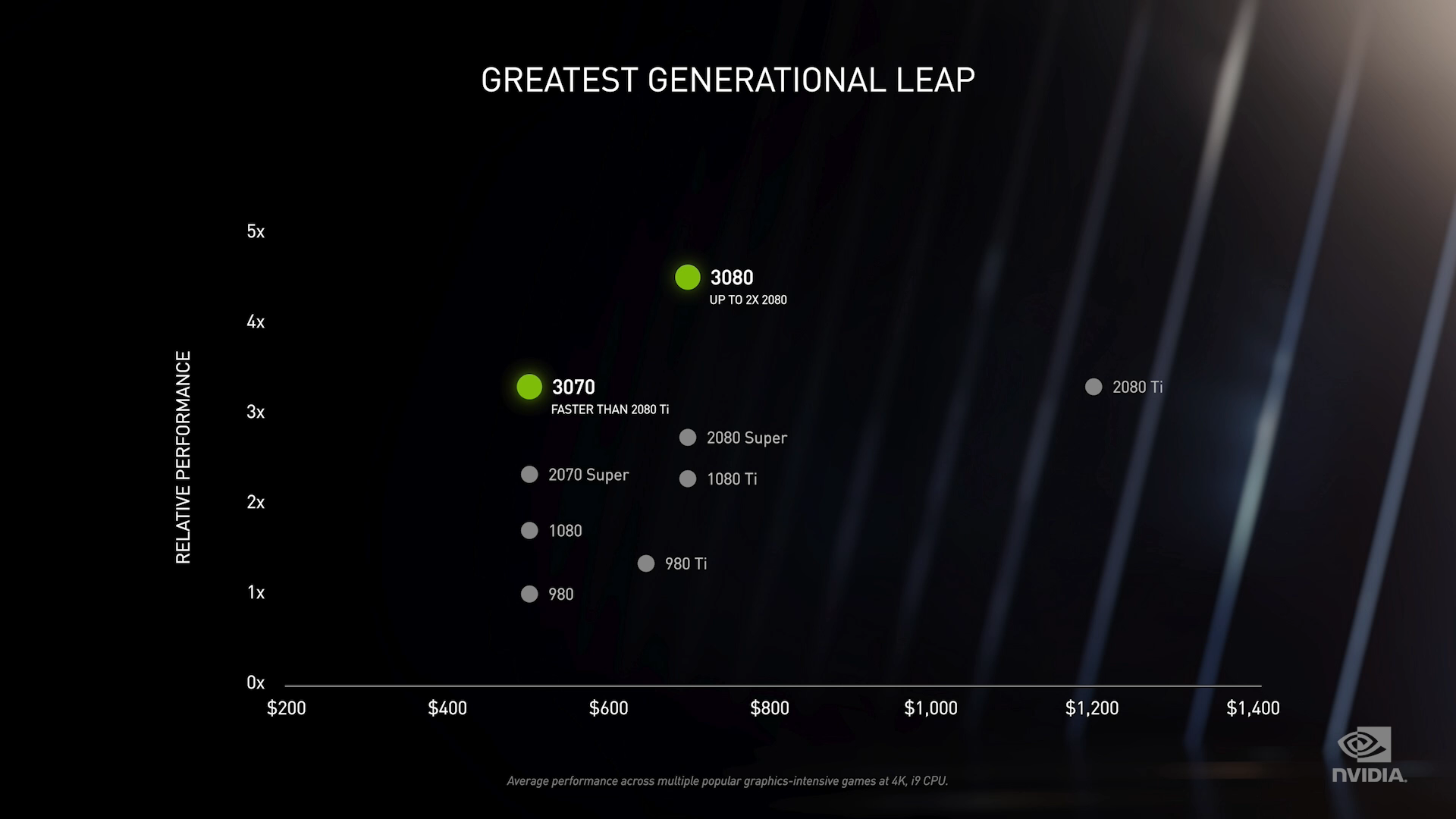 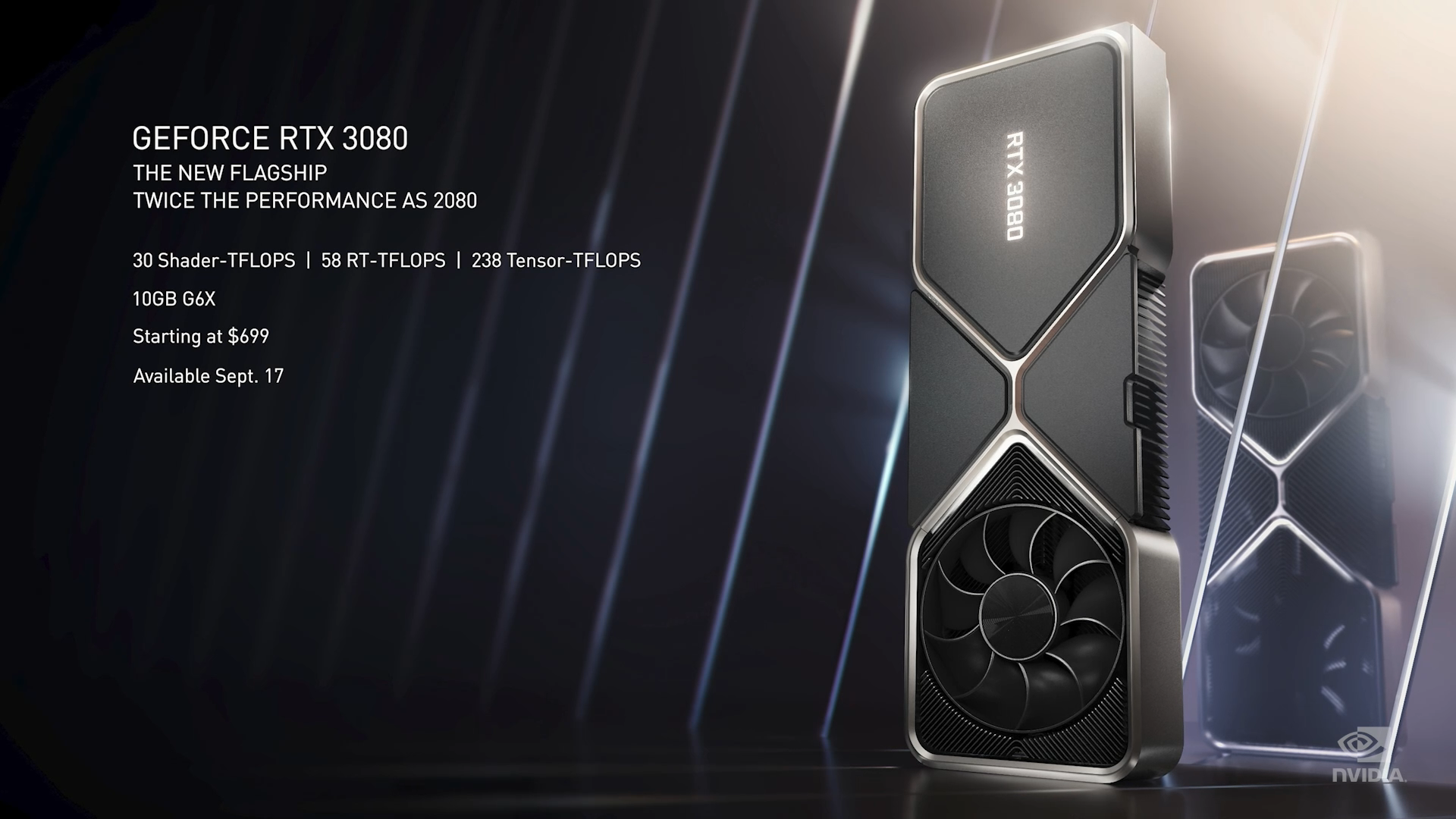 Meanwhile, the RTX 3090 is aimed at replacing the TITAN GPUs they did previously. A true overkill GPU, which they claim will let you play 8K. 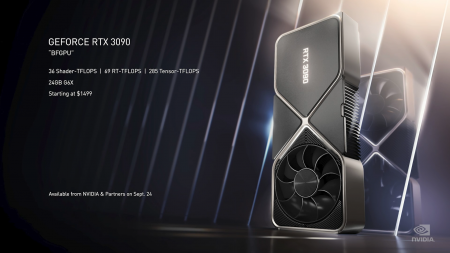 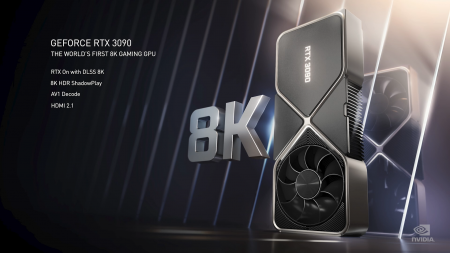 On top of all that, they're also the first to come with support for the AV1 codec, which is very promising for being more efficient and more feature-filled than older popular codecs.

Each will also have a special Founders edition available, which an increased price.

When going by price to performance ratio, the RTX 3070 sounds absolutely ridiculous. If (big if), it truly has the RTX 2080 ti level performance for a vastly cheaper sum then it alone could help usher in a new level of gaming performance for a great many people. More GPUs based on Ampere will be coming, as these are just the first. I can't help but think about the RTX 3060, whenever they announce one that is. Considering the power of the RTX 3070, the RTX 3060 is quite likely to be a mega deal for people after both performance and an affordable price. Also makes me curious even more so now on Intel, as they announced their Xe-HPG gaming GPUs which arrive next year. Then we have AMD too with RDNA2 which is supposed to be this year. So much to look forward to for hardware enthusiasts!

Since NVIDIA support Ray Tracing already on Linux with their own extensions, and they already have early support for the vendor-neutral provisional Ray Tracing extensions in Vulkan it's going to be very interesting to see just how far developers will push it. Ideally though, we need more games on Linux that use it.

For those of you who really do love the serious technical side of it, NVIDIA has announced the release of a 'whitepaper' on the RTX 30 series which will be available on September 17. They say it will give a lot of detail on every aspect of the new cards in 'exhaustive detail'.

Other Windows-only stuff was announced too of course like RTX for Fortnite, a new 'NVIDIA Broadcast' effects suite application for livestreamers like backgrounds and noise removal, another RTX-powered application for video editing and more. Not that any of it matters for Linux users and gamers - sadly.

You can watch the whole thing below and see the announcement here. 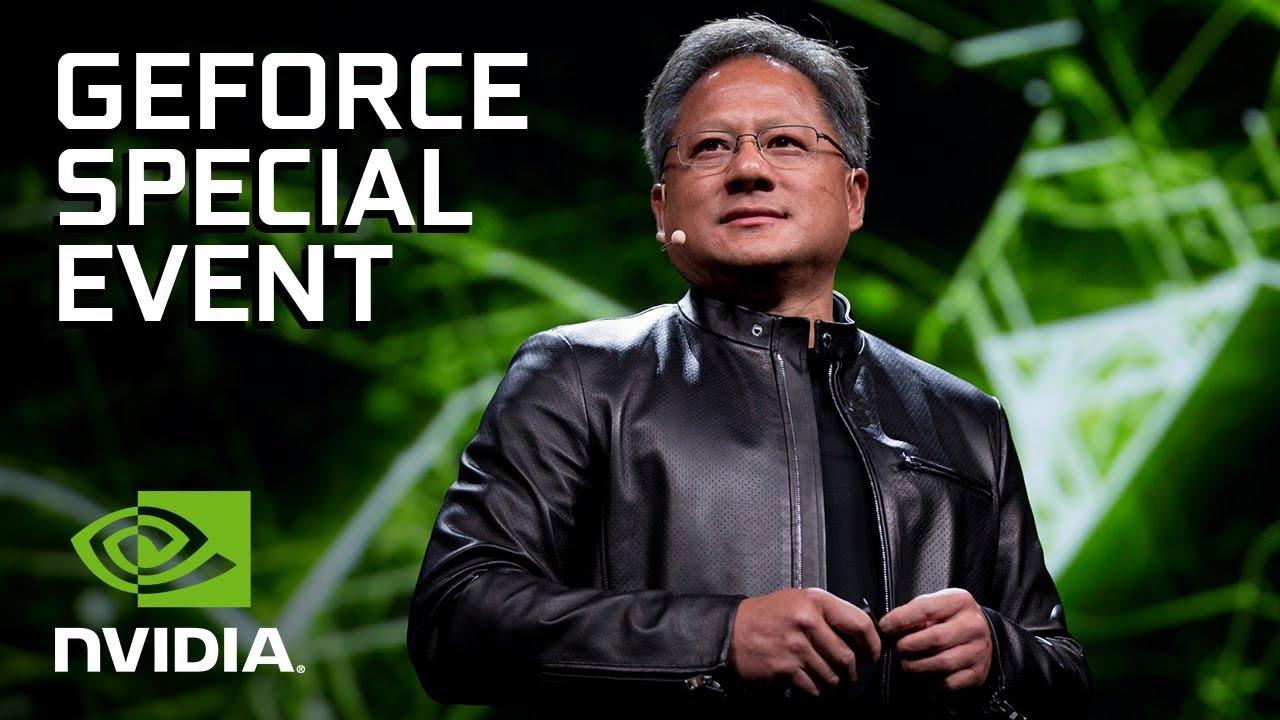 I just hope old gpu prices goes down, but it never happens.
4 Likes, Who?

Still being a 1080p gamer for the foreseable futur... Overpowered and overpriced for my needs. I feel kind of left behind.

Give me stutter and tear free drivers instead and I might be interrested. In the meantime, I'm still waiting for RDNA 2. 1080p RTX, on a 300$ GPU, that would be nice.

View PC info
I'm waiting for RDNA 2 as well. Even if Nvidia will claim 3x increase in performance, it won't impress me until they'll upstream their drivers.
15 Likes, Who?

View PC info
Of course gaming performance is always a question, but I'm really curious about Folding at Home improvements on the 3080 and 3090.
1 Likes, Who?

They'd really prefer to price gouge you at all points in time, not just at release.

All that needs to be done is:

How about the complete opposite? Throw away all laws that currently pose an obstacle to competitors, don't force companies to anything. New players on the market will appear trying hard to get their niche, boom, prices drop. This is actually happening with VR sets right now.

Creating more laws against businesses does not make things better for the consumers. It onerates the entire production chain and makes it harder for everyone to get that. And it keeps competitors away for the big players. That's exactly what you don't want to happen.

Yeah but no regulations gets what we have right now in many examples on many markets: big players buying smaller ones thus swallowing the competition and creating monopolies which is absolutely bad for consumers too. There is no definitive answer to that. There must be some regulations mechanisms to prevent that. The magic thought of the free market that generates it's own competition is a myth too.

2 Likes, Who?
1/6»
While you're here, please consider supporting GamingOnLinux on: