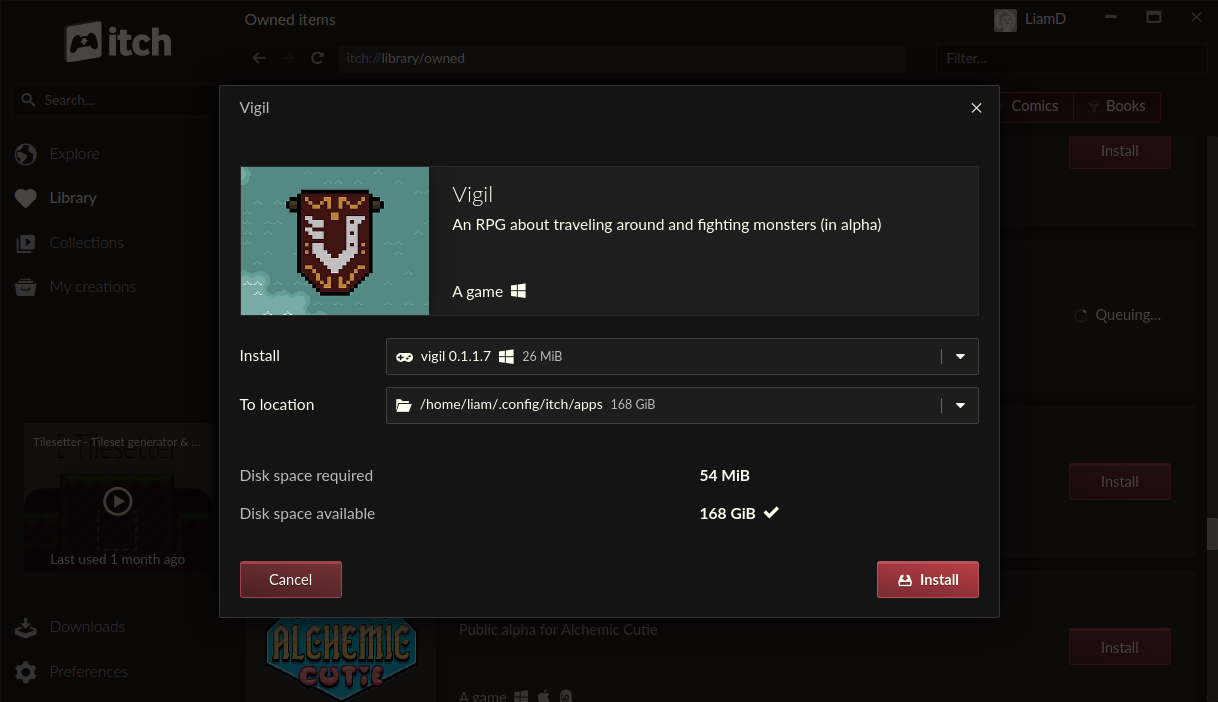 Looks like they were just pushing out the last bits that were ready, and some of it is just moving over from their own github to itch official.
1 Likes, Who?
JXSViN 7 Sep, 2020
By the way in case you are on debian or any kind of distro that has the alien package in the repo.
There is a native linux package for itch.io
It is located in broth.itch.ovh . There you can find debian packages and either install them or use alien to make them into RPMS and whatnot.
You can also find kitch which is the beta version of the client.
1 Likes, Who?

View PC info
This is a wonderful feature that significantly lowered the barrier of running lots of itch.io games and software :)
0 Likes
armandhaa 7 Sep, 2020
early this month, for Windows games I setup an itch client on my wine, because windows games in linux client only show 'Open page' not 'install'.
After a few Windows game installed I decided to add installation folder of itch (wine) to itch linux. Then something magic happening, all my windows game appear on itch linux ready to 'launch' and all my windows game can be installed (they show 'install' button instead of 'open page').
And thought it was a glitch I found. But now, reading this article, I think that I unintentionally get a hidden/beta feature :)
0 Likes

I stopped, though, when SteamPlay came along. I was immediately concerned about Wine and SteamPlay's Proton confusing each other. So now I'll do what I could have done back then: asked if anyone's had a problem with installing system-wide Wine on a system using SteamPlay (not stand-alone Proton).
0 Likes
PublicNuisance 7 Sep, 2020