Love programming puzzlers and like to solve issues? Comet 64 is a bit of a homage to classic computing systems, while also providing you some brain testing entertainment.

For some of our slightly older readers, the Comet 64 setting might seem quite familiar. Just slightly before my time, although similar enough to some of my earlier computing with various models of Amiga. Looks like a wonderful bit of retro puzzle programming if you're feeling nostalgic for classic computing. 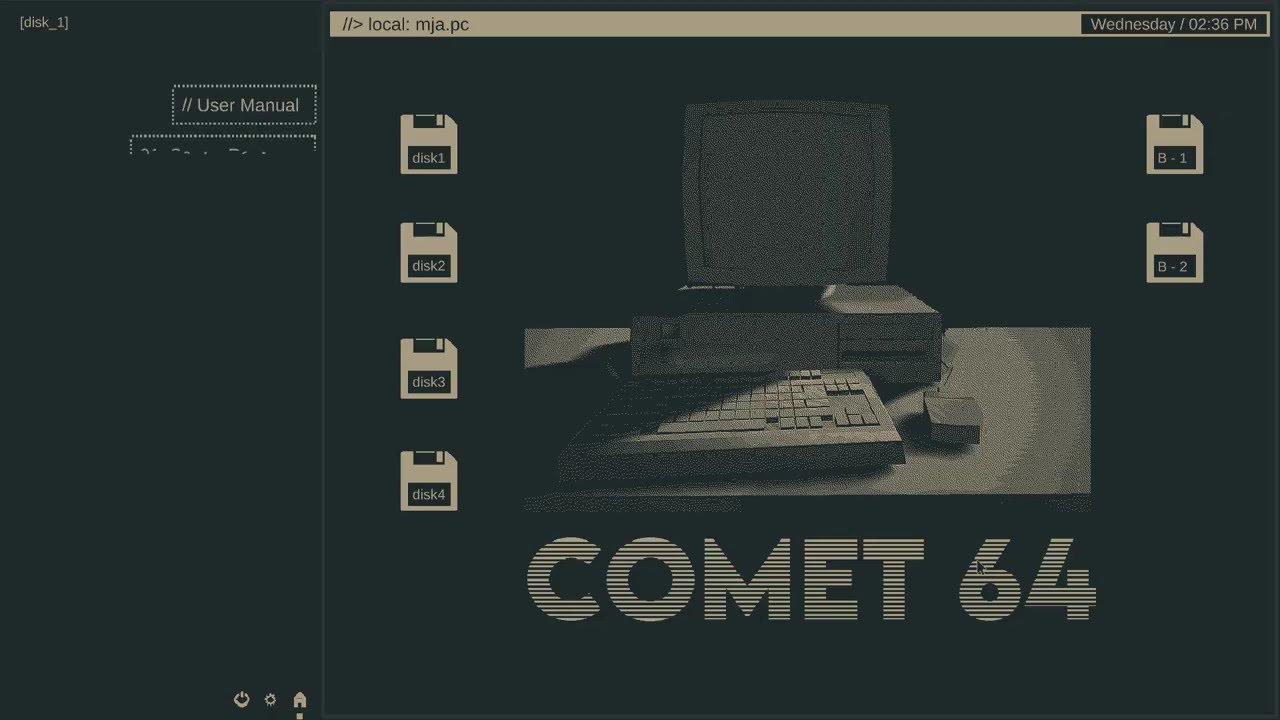 We spoke to the developer, Onur Ayas, who confirmed the upcoming game will support Linux. So far they've tested builds on Ubuntu and said it runs fine. They also mentioned an upcoming demo, so more testing can be done then too.

View PC info
As someone who was around in '84, the first thing that jumped out of the screen at me was the proportionally-spaced font. Luxury!

View PC info
As someone who bought a used Commodore 64 in December 1985 ($300) and still has the original "Programmer's Reference Guide" (400+ pages), this game resonates for me. It brings back fond memories of trying to learn to program on the C64.

WARNING:
If you do not want to listen to some old guy talking the "I remember when..." routine, please stop reading now!

My experience with Commodore BASIC (6502 Microsoft BASIC):
I spent weeks typing in the code from a book named "Compute!'s Data File Handler for the Commodore 64". Most of the modules were written in Commodore basic, but some of the routines were in machine language. At this point in time I had a 1541 Disk Drive (170 Kb disks).
Compute!'s Data File Handler for the Commodore 64 - Example
When I was finished, I had a nice database management system that I used it for a couple different projects at home and at work.

Since I am getting nostalgic (You were warned!)

My early experience with C64 gaming:
I would spend a couple hours typing in a machine language game from Compute!'s Gazette.
Compute!'s Machine Language Games for the Commodore 64 - Example
When I finished typing in the program, I had a game I could play!... but I could not turn off the C64 because I had no storage device and would lose the program. Eventually I got bored or wanted to use the computer for some other project and lost my game.

Quoting: DuncAs someone who was around in '84, the first thing that jumped out of the screen at me was the proportionally-spaced font. Luxury!

Not to mention font hinting and antialiasing.
Even Apple's System 7 didn't had that :)
1 Likes, Who?

Quoting: RFSharpeAs someone who bought a used Commodore 64 in December 1985 ($300) and still has the original "Programmer's Reference Guide" (400+ pages)

Maybe other British kids of the '80s can help me with this... I don't think the C64 came with the PRG over here. I certainly remember leafing through friends' Commodore manuals and thinking they weren't a patch on Steven Vickers's excellent Sinclair books, but having read the PRG since, it's actually not bad. I've also a vague recollection of one of my mates buying a copy.
2 Likes, Who?
While you're here, please consider supporting GamingOnLinux on: