elementary OS is probably the most slick looking Linux distribution around, and their attention to all the small styling details is truly awesome. The next major release is looking like a big overhaul.

Announced on their blog post, one of the major user-facing changes will be the theme. They're moving from their original CSS based styling which has been going for 7 or so years over to a more modern Sass system, which is CSS but a lot more feature-filled. They say it makes it easier to maintain their dark style, better compatibility for apps built directly for GNOME's "Adwaita" style and overall just easier to maintain. It should look very similar but have better lighting, shadows, contrast and lots of other subtle improvements. 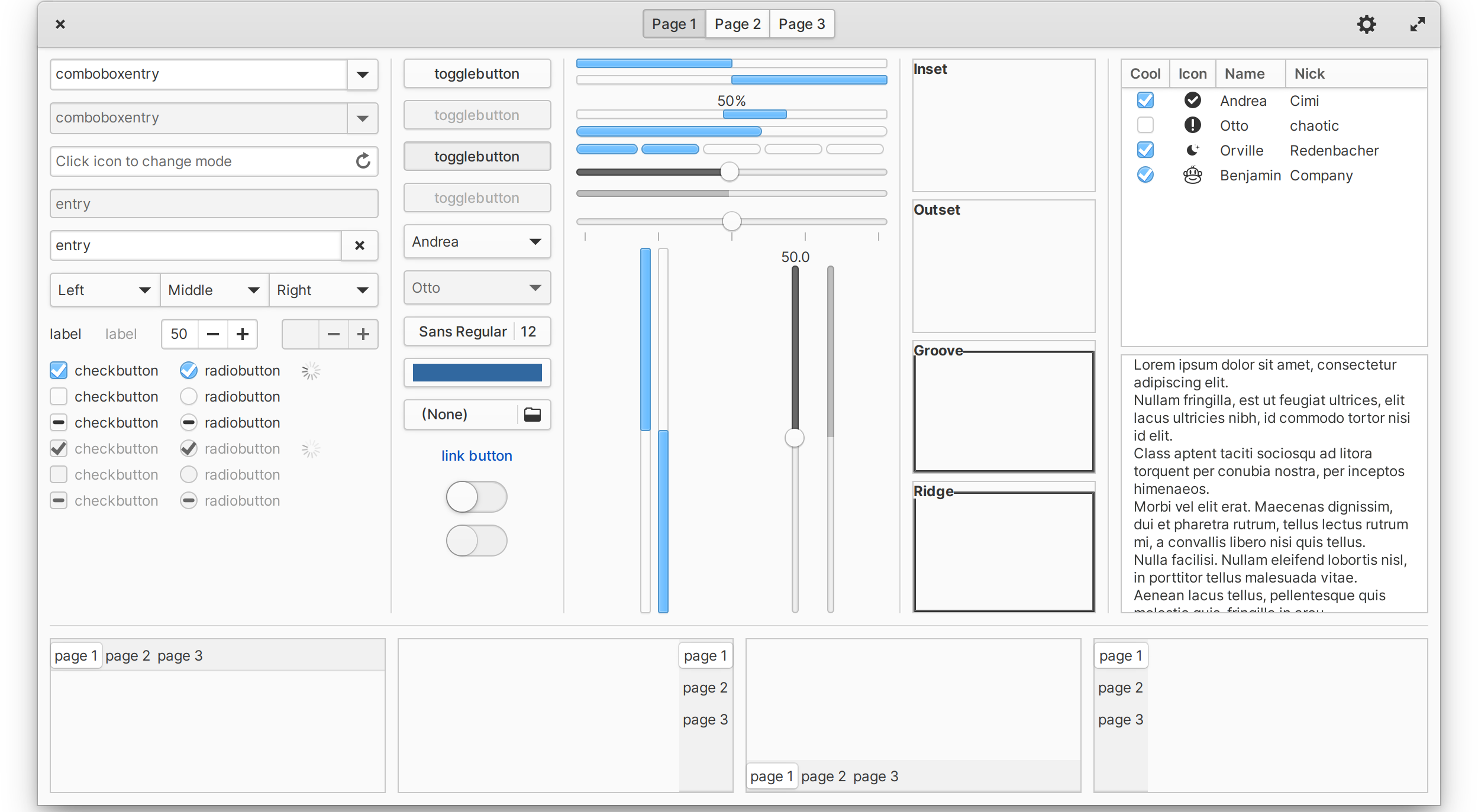 One new feature I'm quite pleased to see is their "Screen Shield". They've replaced Light Locker, the simple session-locker with their own which should better respect apps that inhibit your screen locking and sleeping, so you should hopefully see far less screen dimming to lock while you're sitting back with that coffee watching Netflix.

Another of the major upgrades will be the introduction of system-wide Flatpak installs. Currently you can install them as your user but they're taking that a step further so they can supply some of their own software as a Flatpak to enable much faster updates and more secure applications. The first of which will be the web browser Epiphany, meaning on elementary OS 6 you will get the latest and greatest quicker.

They're also building in better accessibility features, making preparations for Wayland support, a new settings daemon to provide additional features and integrations with their own custom stuff, a much better notifications system and improved multi-touch gestures support. Overall, it sounds like it's going to be a great Linux distribution release.

You can try out elementary OS 6 right now if you sponsor them on GitHub.

Their way of funding their work on the distribution is certainly interesting, with one way giving you the option to pay any amount (yes, even zero) for your ISO download right there on the homepage. Open source software takes a lot of effort to produce and a pay what you want style is pretty great.

Find out more about elementary OS on their website.

We do often include affiliate links to earn us some pennies. We are currently affiliated with GOG and Humble Store. See more here.
About the author - Liam Dawe
I am the owner of GamingOnLinux. After discovering Linux back in the days of Mandrake in 2003, I constantly came back to check on the progress of Linux until Ubuntu appeared on the scene and it helped me to really love it. You can reach me easily by emailing GamingOnLinux directly.
See more from me
Some you may have missed, popular articles from the last month:
The comments on this article are closed.
15 comments
Page: 1/2»
Nick_Avem 6 Oct, 2020
View PC info
I know there are lots of opinions on flatpaks, but I personally think they’re great. On rolling and bleeding edge distros they give a little more stability and revoke the worry of dependency hell, and on LTS distros you always get the most up to date software almost instantly. The steam Flatpak has caused me Infinitely less headaches than any native package.
3 Likes, Who?

View PC info
I couldn't say if Elementary OS (EOS) is the most slick looking OS around, but its website is the slickest Linux OS website I think I've ever seen. The idea of having a built in picture-in-picture feature really caught my eye. I'd love to be able to watch a local movie whilst surfing the web or working on a project. Unfortunately, I can't tell from their website how truly customizable EOS is compared to, say, Xfce or Mate, so I don't know if it would be something I'm going to look more closely at.

I can say that I'm no fan of the Gnome-like app naming scheme, where apps don't have names so much as category titles. Video, Music, Camera, Files, etc., etc. --- these are the names of my Data files, the ones that I interact with using VLC, Shotwell, and Thunar. But that's just a personal-taste thing.

I've become ever less enamored with Flatpak apps. I've been let down a few too many times by apps not being regularly updated, or little problems interacting with the local system. Nothing like the pair of concrete shoes that are Snap packages, mind you, but not as easily used as Appimages either.

What I really want to know are those things that are pertinent to myself as a daily reader of www.gamingonlinux.com. How good is it as a gamingd OS? How easy is it to install Nvidia and AMD GPU drivers, for example? Especially the former, as EOS is FOSS-centric. What gaming peripherals work with EOS out of the box? Etc.

I'd like to hear from former and present EOS users here on GoL about their experiences with EOS.
0 Likes

View PC info
The only thing I don't like about flatpaks is the auto-update. I stopped using Windows specifically because Microsoft tries to remove the option from users on when/what to update. Now flatpaks do it too? Or am I wrong? Maybe I am, I'm still a noob. Is there an easy GUI way for a Linux noob to decide which flatpaks to update and when, like it's done with the apt applications?
0 Likes
mao_dze_dun 6 Oct, 2020
I've tried to like Elementary OS over the years but it just doesn't click for me. Also, Manjaro and Solus look better, IMO.
0 Likes
gustavoyaraujo 6 Oct, 2020

Flatpak is a horrible way to distribute binaries. Appimage are the most interesting way to do that.
1 Likes, Who?

I'd consider both a major improvement over distribution-specific deployment methods for applications that I want to be regularly updated and I'm fine with different techologies available, as all have strengths and weaknesses.
So what exactly makes Flatpak so horrible?

, my ramblings about a couple of things

The Software Manager/Store(!):
There are some great apps made specifically for elementary, perhaps because they provide a direct option to donate/pay in the software manager. The monetization option is controversial, but honestly how many actually go through the effort to even look up a developer of a random application, and then follow through and donate some monies?

Design guidelines:
Strict design language and guidelines is a good thing to have consistent UI experience. The downside is of-course that taking a hard stance is going to break some applications that were not designed for pantheon/elementary. But if you only use applications made for it the experience is great.

I think these elementary design guidelines essentially spurred a healthy discussion amongst GNOME developers. The GNOME desktop was never intended to be skinned, but people obviously did it anyway, also the old icon style was too complicated.


For the record I don't use elementary OS myself on a daily basis, mostly because I dislike the file manager (especially the search feature of it, the only GUI file manager I truly like on Linux (Nemo) does not render/look right in pantheon

). Also, pantheon has some rendering issues with the Steam client (that may have been solved, have not checked as of late).

But with that said elementary is a distro I follow with big interest and donate to regularly, because I think it is almost a perfect OSX replacement for Apple refugees not wanting to switch to ARM.
1 Likes, Who?
Linuxer 6 Oct, 2020

Flatpaks and snaps are a thing, really. Both improving all the time too.
2 Likes, Who?

Flatpaks and snaps are a thing, really. Both improving all the time too.

Last time I clicked on an AppImage link in manjaro, a little installer application came up, asked me if I wanted to install it or install and run it. The experience was pretty flawless. So I guess it depends on how the distro handles it, once again. Pretty much the same as with flatpak. Those only are really usable if the distro handles them well.

What I really like about flatpak and snaps is how a lot of package managers handle updates already. Haven't seen anything compareable for appimages yet. :)