Continuing to be one of the most interesting traditionally-styled real-time strategy games in development, The Fertile Crescent has a major new release available.

This latest release has been in development for a little while, as it expands the gameplay quite a lot. You can now build Walls, Gates and Siege units giving you many more strategic options. The wall system fits in with their watch towers too, so you can connect it all up. 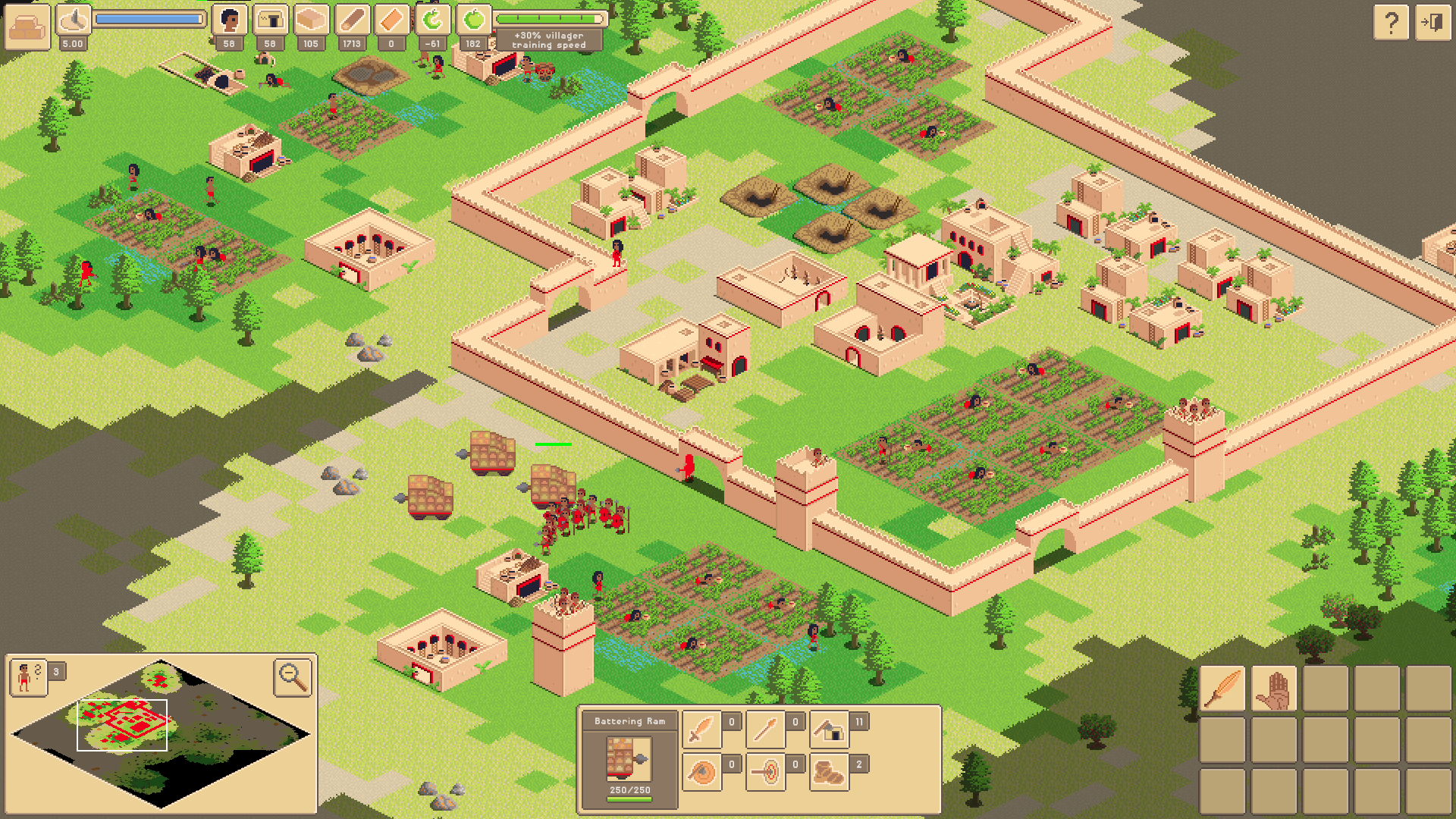 The other side of this update is the introduction of Siege units. You can now build Sappers, which dig around buildings to help breach through walls. There's now a Battering Ram, which needs little in the way of an introduction - slow, but deals a lot of damage to buildings, walls and gates. You can also roll them over farms to mess with enemy food production so players will need to better protect farms in the late-game too.

Personally I've spent a lot of time playing The Fertile Crescent. I haven't really enjoyed a historical styled RTS like this probably since the original Age of Empires. The Fertile Crescent has a certain charm to it, and it's quite a challenge to manage your food supplies along with expanding to actually fight. Worth a try if you're in need of something new.

It's all still entirely free to play too. You can grab it from itch.io.

son_link 7 Oct, 2020
View PC info
I playing this game for many monts (April or May) and it's one of my favorites. Absoluty remember
0 Likes
While you're here, please consider supporting GamingOnLinux on: