Machines: Wired for War is a true classic 3D RTS from the late 90s, and it appears to now be open source under the GPL and up on GitHub. This was in the list of actually being one of the first proper 3D games of the genre, although not as well known as many other RTS games.

Back in 2019, one dedicated fan posted on their website about how they managed to grab a copy of the source, update it a bit and port it to modern platforms (Linux included). The actual rights to the game appear to sit with Nightdive Studios now, and they appear to have given the greenlight on open sourcing the code from that same fan which they've now listed on their own official GitHub. 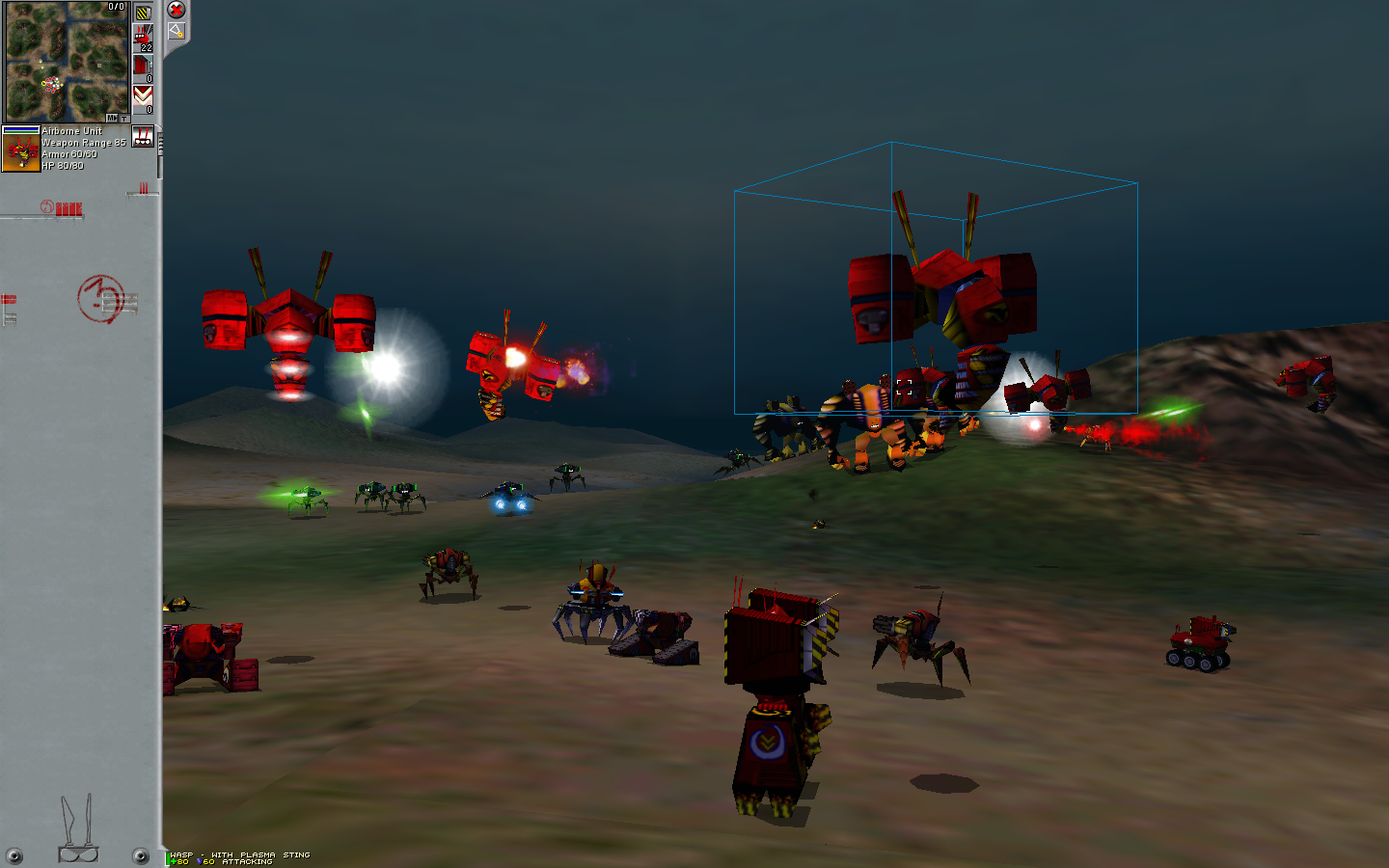 Nice to see another bit of gaming history not being forgotten, open source is a truly wonderful thing for game preservation. Surprisingly, the original website for it remains online, which is like looking into a time machine itself.

View PC info
That website is just beautiful.
It's like something I'd have done in the late 90s or early 2000s.
1 Likes, Who?

View PC info
Wow, that was one of my favourite games growing up. I even made a windows sound scheme based on in-game sounds :)
3 Likes, Who?
Braqoon 22 Oct, 2020

Does this require assets from original game or is this a full package ?
0 Likes

Quoting: BraqoonDoes this require assets from original game or is this a full package ?

The assets can be downloaded from his site here: https://lordovervolt.com/machines

Anyone tried to compile the source yet?

I got a build compiling just fine, game launches I can hear sound but screen is black. Tried with both Mesa (AMD) and Nvidia drivers.
0 Likes

View PC info
This was also the first FPS i remeber to let you control units in FPS mode
That was mind blowing to me at the time
1 Likes, Who?

Quoting: Avehicle7887Anyone tried to compile the source yet?

I got a build compiling just fine, game launches I can hear sound but screen is black. Tried with both Mesa (AMD) and Nvidia drivers.

You need both the game assets and quite a few dirs from the git files, data/ sounds/ and models/ I think? The game was pretty verbose about which files where missing.

On AMD systems you should probably also set AMD_DEBUG=zerovram, or you get some severe glitching when the game loads.

Even so, it seems rather crashy, I could only get the second campaign map to load. The first one crashed, and skirmishes hang on load.

Also: In case anyone have problem compiling. The build scripts miss a dependency on libglm.

Quoting: TheSHEEEPThat website is just beautiful.
It's like something I'd have done in the late 90s or early 2000s.

View PC info
Game dies, but the code will lives.

Tho I may look into getting it running here.

Amazing to see that kind of game, from a genre declared dead to live through and through.

And kudos whizse for the tips about compiling. I may have been losing my mind about that otherwise.
0 Likes

Valck 24 Oct, 2020
View PC info
Now this really is something. I kept my original box for precisely this day.

Quoting: razing32This was also the first FPS i remeber to let you control units in FPS mode
That was mind blowing to me at the time

I think it really was the first, and yes, mind blowing it was.
0 Likes

The precompiled binaries are working for me, you just need to toss them in the assets folder.

The loss of signal effect to simulate fog of war is a bit annoying but original. I really love being able to control units in FPS view.
0 Likes
1/2»
While you're here, please consider supporting GamingOnLinux on: