As promised by the team at Crowbar Collective around the 1.0 release, a Definitive Edition of Black Mesa is coming and there's now a Beta. This seriously impressive Valve-approved Half-Life re-imagining sure is something else, and it sounds like this huge update is going to make it even more exciting to go through it again.

The biggest part of the 1.5 update for Black Mesa appears to be going over all of the Earth levels, to bring them up to the detail level they pushed with the later Xen sections. Crowbar said they "implemented brand new art for all the outdoor environments, and refined the art previously seen in the Summer Beta". 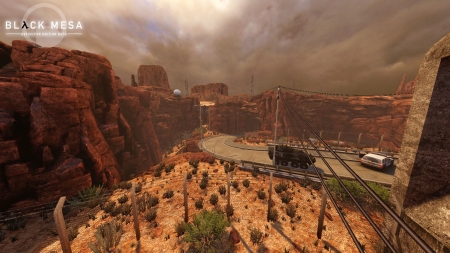 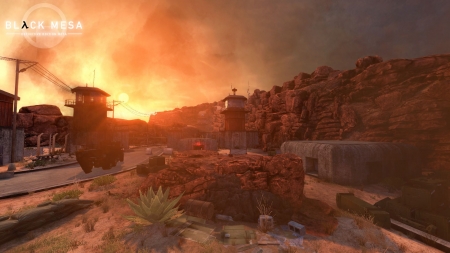 On top of all the art updates, they're also improving the Steam Workshop integration so that it's a little less finicky to get going. With the Beta and eventual release, they've cleaned it up so all you should need is to hit the Subscribe button and it will all be sorted for you.

There's tons of little details added too like dynamic lights to all health chargers and HEV chargers, corpse gib sounds, Agrunt pod breaking sound effect, a crouch toggle UI option and lots of bugs fixed across the entire game, some of which were game-breaking. It's huge, full changelog here. For Linux especially, they should have now fixed a pesky crash bug in the Surface Tension section.

If you own it, simply opt into the "public-beta" on Steam from the Properties menu.

You can buy Black Mesa on Steam.

M@GOid 2 Nov, 2020
View PC info
I should had asked for a refund when I still had the chance for this one. All this years later, the thing still crashes if I change the graphics settings and, even more ridiculously, does not have multi-thread available on Linux, leading to much worse performance than in Windows.

And to add insult to injury, in Proton it is bugged.
0 Likes

View PC info
I still remember getting the Half Life demo in a PC Gamer magazine ? I never would have thought 20+ years later I would be seeing the same story in ridiculous detail.
3 Likes, Who?

For real? I bought this game and only played on Windows but i've been hesitant to play on Linux because people said that the native version is really bugged
0 Likes
TheRiddick 3 Nov, 2020

Everything works, except 3 things.

The UI main menu is real tiny on 4k screens.
It appears to be stuck on 2-speaker output only.
No god rays, obviously

I can't speak for performance so far as I haven't really tested it much past the intro scene, framerate is real good for me on 1080TI but maybe it gets much choppier the further you play as some people have major performance issues and even black screen problems (seems fitting for a game called black mesa).

ANYWAY, might wait for the illusive Linux improvement patch the developer said was going to drop in the beta branch sometime..
0 Likes

For real? I bought this game and only played on Windows but i've been hesitant to play on Linux because people said that the native version is really bugged

The problem I have on Proton is the UI is corrupted, making it impossible to pass the start screen. I run a AMD card, if you are on Nvidia, maybe is a different case.

This is sad for me because this game has so much potential, but people developing it seems to have grabbed more than they can lift. The project is terribly late and serious bugs on the Linux port were left to rot.

The other game valve left the community to grab was L4D2, and that as another case of the wrong people taking the wheel. I sincerely hope they do not left another of their beloved franchises be taken by outsiders. I has been a disappointment after another.
1 Likes, Who?
TheRiddick 3 Nov, 2020

View PC info
I have yet to try the game via Proton, other then Godrays, there isn't a need to just yet, but we will see once I put some hours into it.
0 Likes

View PC info
Honestly, even if the game won't allow me to push graphics to the limit, I'm still enjoying it so much. It crashes once in a while but that's really not what I would call often. Only really annoying bug I encountered was in Lambda core when using the teleporters, performance began to dip really badly. Whenever it became unplayable, hitting escape would help a bit, so I managed to get past it.
1 Likes, Who?

View PC info
Aw man. Just played through it a couple months back. Ah well, I'll give it another play through at some point. It was really good.
0 Likes

ShabbyX 3 Nov, 2020
View PC info
I've been playing through this for the past few weeks. It's like the farther along the game you get, the more they have diverged from half-life. Now I'm in Xen, since forever ago, and it's just area after area. To be honest it's getting a little exhausting.
0 Likes
1/2»
While you're here, please consider supporting GamingOnLinux on: