Become one with death in the Stellaris: Necroids Species Pack, the latest smaller expansion to the grand space strategy game from Paradox Interactive and Paradox Development Studios.

"The Necrophage Origin offers players a powerful primary species which consumes others within its grasp, blurring the line between cult and empire with three unique civics. New cosmetic changes will reincarnate playthroughs of Stellaris for long time players, while also bringing new life to killer empires." 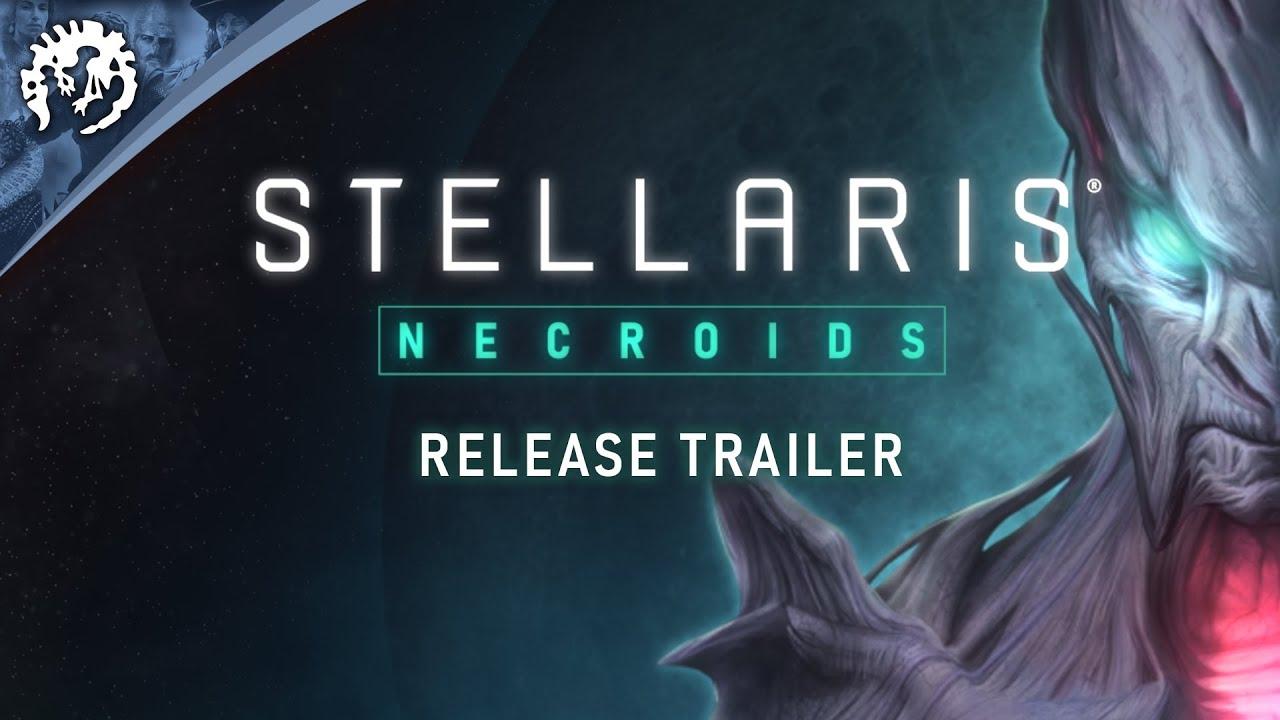 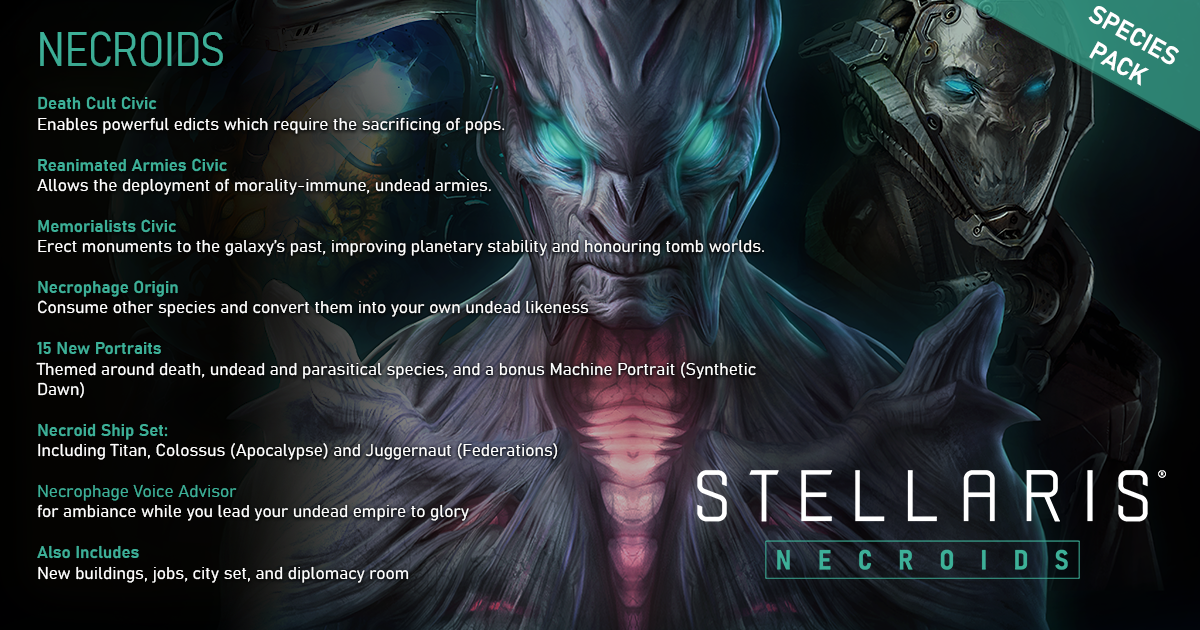 Compared with previous Species Packs, Necroids has a bit more to it thankfully. Nowhere near the likes of their proper expansion such as Apocalypse and MegaCorp with a price point the same as other Species Packs it's actually pretty good. The biggest problem with it is expectations though, considering Stellaris has a massive modding community with people doing some seriously good stuff, Paradox has a lot to live up to every time they release anything like this which is why it seems the reviews on it from users have been quite mixed.

Since this is a Species Pack, it doesn't really change the game. It's meant more for dedicated fans wishing to add a little more official flavour to the game while supporting Paradox and their continued expansion of Stellaris itself. For me though? It's a fun way to jump into Stellaris again, with a truly evil looking and acting empire out to take over the galaxy. The very idea that you started off as some sort of invasive parasite that gradually took over has a lot of story-telling ability to add into your games. It has a certain fresh feeling to it, which is a bit weird for species that can use undead armies and feeds off other life. I have to admit my fondness for the Necroid's advisor voice too, it's got a very satisfying darkness to it.

The big 2.8 patch is also out, which is mostly balance and bug fixing this time around with little in the way of new features although it does bring in these new bits for everyone:

You can buy the Stellaris: Necroids Species Pack on GOG.com and Steam.

View PC info
I really liked this extension so far!
Always wanted a Necron-esque additon to the universe, but what really upsets me is that the Necroids can't be a hivemind - that's really unfortunate, since playing as a parasite would be really cool.
3 Likes, Who?

Given which, I wonder if you could at least do the Driven Assimilator thing but use the necroid flavour bits, like a portrait and advisor voice. It wouldn't be the same as having infested undead armies though.
1 Likes, Who?

View PC info
Im torn on getting this, still much to be patched, but also Im very curious as too what the Espionage tab in the diplomacy window is about in the trailer.
1 Likes, Who?
While you're here, please consider supporting GamingOnLinux on: