Quite a huge milestone for the in-development open source OpenXR runtime Monado, as Collabora have announced a fresh milestone in its life. Note: OpenXR is the open standard for Augmented Reality (AR) and Virtual Reality (VR)—collectively known as XR.

Collabora sure are busy. Not only are some of their engineers working with Valve directly on things like the Steam Linux Runtime Container, along with Linux Kernel work, they're also developing Monado. As quick primer for those needing to be brought up to speed: "Monado is the first OpenXR runtime for GNU/Linux. Monado aims to jump-start development of an open source XR ecosystem and provide the fundamental building blocks for device vendors to target the GNU/Linux platform.".

Recently Collabora took part in an OpenXR webinar hosted by The Khronos Group, where they showed off recent work. You can view their highlights below: 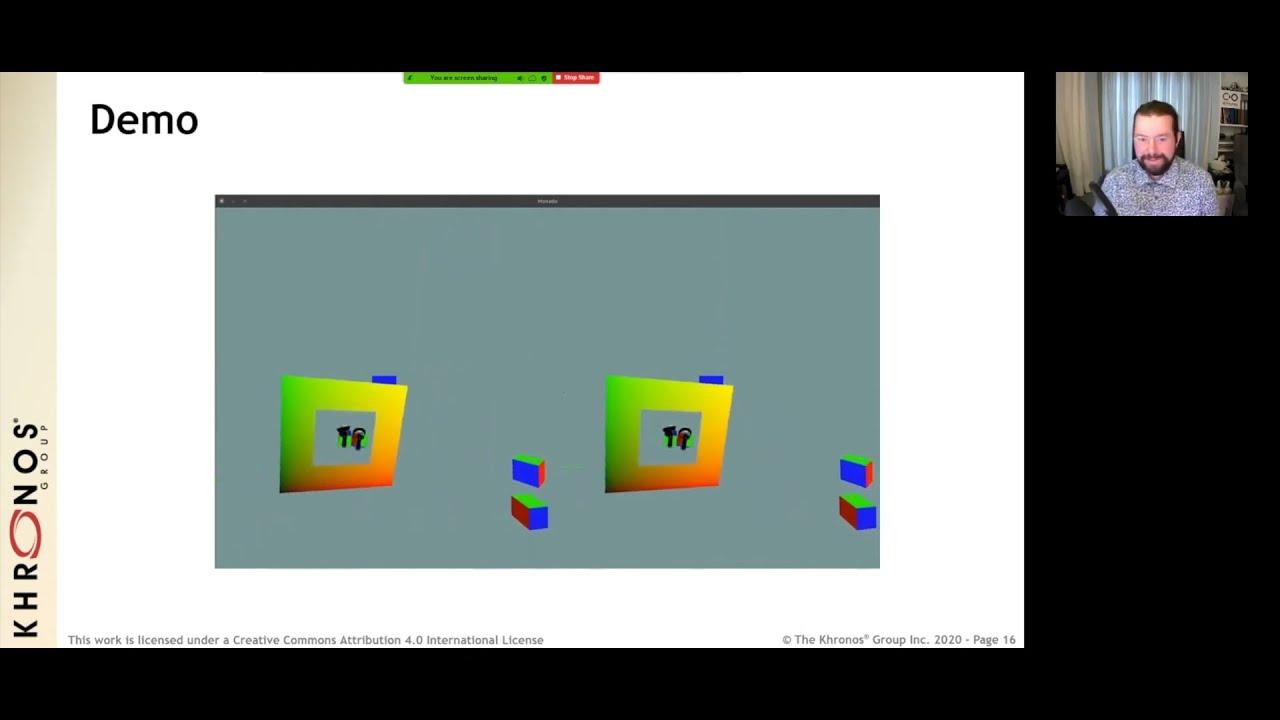 Most importantly, Monado now conforms to the testing suite provided by Khronos for both OpenGL and Vulkan. It's not an official implementation just yet as they've not gone through the full process, as they're currently doing the testing in-house until it's ready to submit. They also added Android support. See their full post on it here.

If you're into your XR, Monado sounds like it's going to be extremely important. You can see the current status of it here, with its support growing wider.

OpenXR is actually quickly becoming a big thing now too, as it seems The Khronos Group got it out in time for many developers to formally throw their backing behind it. Valve are supporting it with SteamVR, Microsoft and Facebook (Oculus) also started shipping conformant implementations of it too. The whole VR industry appears to be rallying behind it, which is important as developers will only have to target one API for all platforms.

View PC info
SteamVR is also very close to be OpenXR-conformant meaning (I guess) we will be able to run steam games with Monado.

I would love to see benchmarks between Monado and SteamVR. It is specially strange since Collabora and Valve seem to be close partners but now they are going to be competing for the linux VR runtime. I wonder if Valve is also having a hand in Monado for some reason. I am very intrigued by this project. ^^
1 Likes, Who?

View PC info
I think OpenVR (aka SteamVR) is separate of Valve's OpenXR efforts. Basically think of it as a way for developers from other platforms (Occulus, which also seems to support OpenXR) to more easily port their games over to Steam. So Monado isn't really competition in that sense but rather one more reason for developers to use OpenXR instead of the Occulus SDK.
2 Likes, Who?

Quoting: elgatilSteamVR is also very close to be OpenXR-conformant meaning (I guess) we will be able to run steam games with Monado.

Unfortunately it does not mean that.

OpenVR and OpenXR are somewhat similar APIs, but they are still different APIs. SteamVR adding support for OpenXR means that not only games/applications made for OpenVR can be run on SteamVR, but also those made for OpenXR.

But not to despair, the (independent) OpenComposite project https://gitlab.com/znixian/OpenOVR is implementing OpenXR. It will then translate between OpenVR and OpenXR such that applications made for OpenVR can run on any OpenXR runtime, and not just SteamVR.

Monado and SteamVR sit on the same level of the XR software stack - you can see them as competitors or alternatives, whichever you prefer. :)
Valve will have had their reasons not to use Monado for OpenXR - an obvious would be that SteamVR is much more mature. Nobody has compared performance yet but from my experience alone I would expect to see Monado by itself using less CPU & GPU resources and running on much lower end systems than SteamVR, but in graphics intensive applications you will get a better experience with SteamVR due to their advanced features like asynchronous reprojection and high priority GPU contexts.

Monado's compositor is still quite basic but there is some exciting stuff in ILLIXR that they are interested in contributing.
1 Likes, Who?
While you're here, please consider supporting GamingOnLinux on: