Liquidation - Echoes of the Past is an upcoming real-time strategy game from Kiwi Brothers Studio, and we have an exclusive early Linux tech demo for you. It's somewhat related tech-wise to Loria, another RTS that's already available for Linux as Liquidation - Echoes of the Past is being built with an upgraded version of some tech used in it along with the Unity game engine in collaboration with the Loria developer. 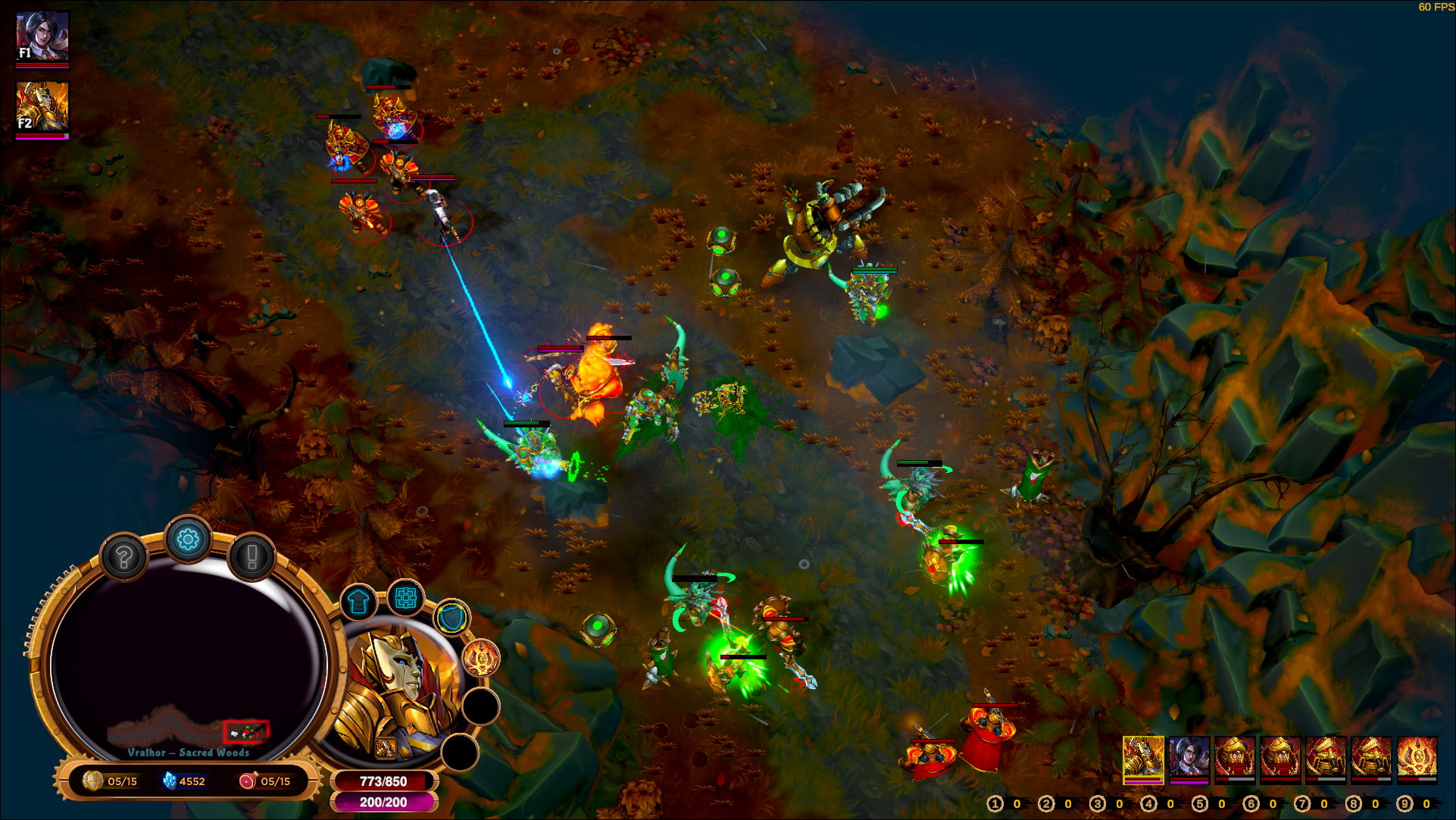 "Liquidation is an original Real-Time Strategy (RTS) game set in a universe that mixes elements of both fantasy and science fiction, with support for both single-player and multiplayer modes.

The game takes place in the dying plane of Veá, which has been repeatedly ravaged and drained of its very life essence over the course of a massive war that has been going on for centuries. Now, with the doomed world drawing its last breath, you arise as a lesser deity tasked with restoring the balance in Veá and ending this war before it’s too late."

Even though it's early, what Kiwi Brothers Studio have here is impressive. Visually it looks great and sits well with the sci-fi fantasy theme, and it offers a feel that somewhat resembles the likes of Dawn of War and Starcraft II with a mixture of plain units and hero units with powerful abilities. Units have varying abilities that you will need to switch between for short and long range, healing, special powers and more. 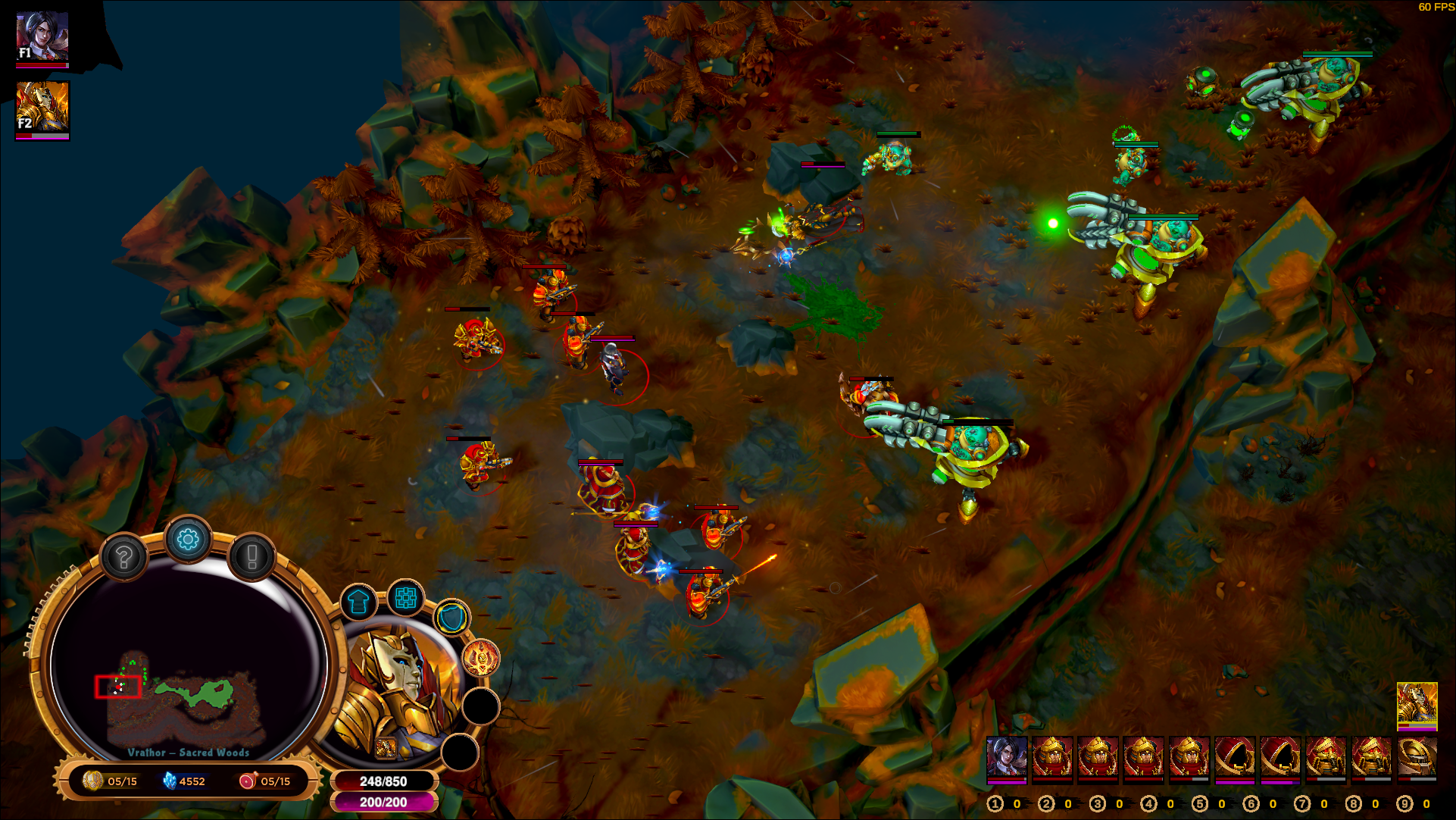 You even get a teaser of some environment interaction too, with exploding barrels that can remove trees to access new areas and rocks actually blocking enemy fire. Explosive weapons like grenades and turrets have knock-back on them too, either pushing units away or knocking them on their butt, there's lots going on that make it quite exciting. After playing this very early demo, I need more, lots more.

At release they plan to have it be quite a feature-filled game, here's some highlights of their plans:

Keep in mind what you're about to play is early work in progress stuff, and only a brief slice. You can download it here. The developer would appreciate any and all feedback on it. You can join their Discord Server to talk about it.

You can follow Liquidation - Echoes of the Past on Steam and the upcoming Kickstarter here for next year. I have to admit my own personal excitement on this one.

Are you a developer wanting to share your early Linux demo for testing, feedback and more? Reach out to us here.

We do often include affiliate links to earn us some pennies. We are currently affiliated with GOG and Humble Store. See more here.
About the author - Liam Dawe
I am the owner of GamingOnLinux. After discovering Linux back in the days of Mandrake in 2003, I constantly came back to check on the progress of Linux until Ubuntu appeared on the scene and it helped me to really love it. You can reach me easily by emailing GamingOnLinux directly.
See more from me
Some you may have missed, popular articles from the last month:
The comments on this article are closed.
6 comments
ixnari 5 Nov, 2020

Ooh, an RTS game. Haven't played one in a while. Ages, come to think of it. Last one I played was Warcraft III. This looks like it might scratch that itch. Wishlisted.
0 Likes

Janne 5 Nov, 2020
View PC info
First impression is really good. It's lacking guidance on keys and mouse actions, and identifying units can get really confusing. But there's some solid gameplay there. Unfortunately, it also reminded me that I don't play RTSs for a reason...
0 Likes

kalin 5 Nov, 2020
View PC info
Fills bugy and unresponsive on my machine (more then loria) I probably will buy the game but I hope they will fix their tech
0 Likes

View PC info
I'll be watching this one.
0 Likes

View PC info
Not too bad. The units are hard to distinguish and stats would be nice.

Not sure I like the name. Maybe it needs craft in the name

View PC info
Pathfinding was quite buggy, but will probably be fixed.

Love the graphics and colors.
0 Likes
While you're here, please consider supporting GamingOnLinux on: