Miss the classic arcade first-person shooters? I know I certainly do (although without bleeding money into machines) and Affliction Rescue has a really great feel that you should check out.

In this retro-arcade FPS you get a tip off regarding illegal experiments leads to investigation of the Emeraldo Corporation's research sites. You are 'Agent Red' and your task is to gather intelligence, rescue survivors and survive the various monstrosities spreading through the island complex.

What Affliction Rescue gives is a very old-school feel not unlike that of a classic arcade machine experience, and other early blocky-looking first-person shooters. It's pretty damn good too, bringing things back to the basics of managing your ammo and hunting for secrets. 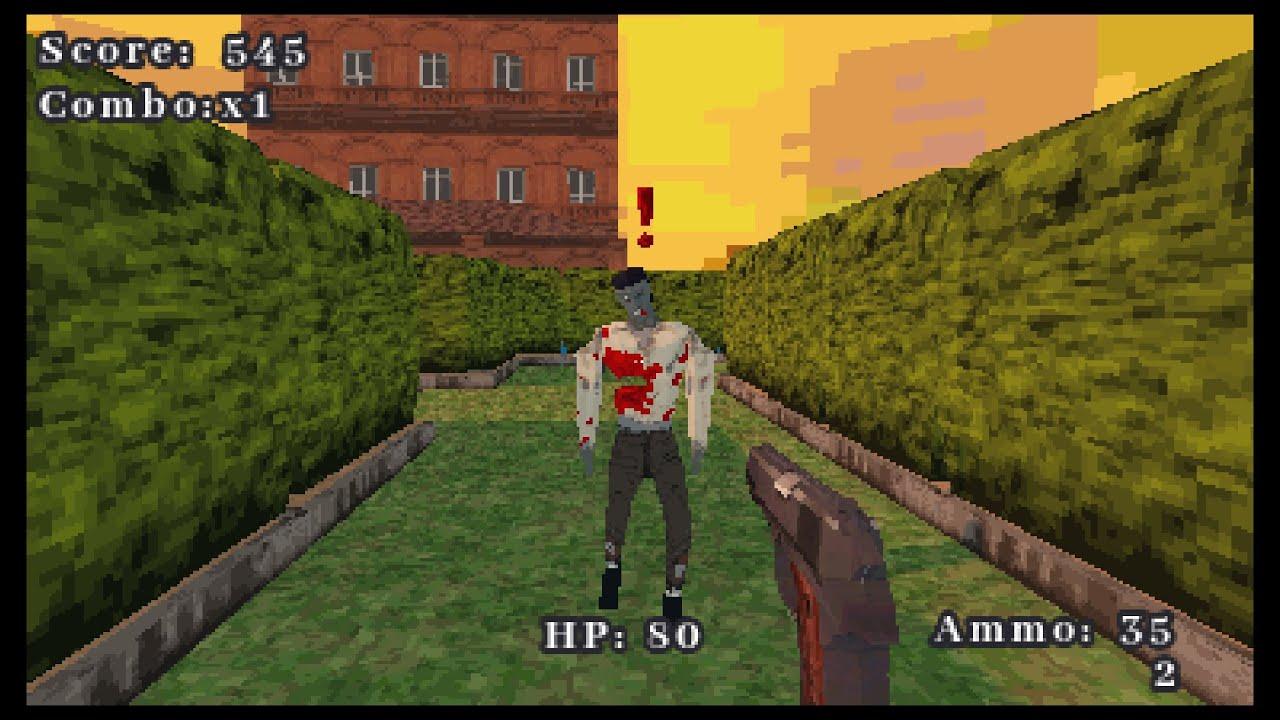 I don't know what it is about blocky zombies that make me jump either, flashbacks to the old Resident Evil games perhaps but there's a lot of fun to be had in games like Affliction Rescue because they're just so pure. Reminds me of a much simpler time in gaming.

You can find Affliction Rescue free (or a donation) on itch.io.

What's also fun is that this is part of a series of free games released by Magellanic Games, all of which appear to be made with Godot Engine. You can see various others made by them also on their main itch.io page which includes other little gems like:

The classic look of their games is certainly intentional, as Magellanic Games say that they "love making games in the guise of years long gone".

View PC info
The gameplay actually looks pretty fun, but that footstep noise is brutal! I like the head dismemberment effect too - didn't expect that in such a simple game. Hopefully the footsteps can be turned down/off, or they come up with a better effect for them. Oof. I can still hear them...
0 Likes

View PC info
The zombie model could also use some improvement. Right now it looks like a wooden plank with googly eyes painted on. That's not very scary.

This looks like it would work really well as a sort of light gun shooter (LGS?) with a gyro controller or Wiimote. Also needs some really bad voice acting, like HotD, which was frankly the scariest part of those games.
1 Likes, Who?

View PC info
It seems to be again a game without any keyboard configuration, with WASD as default.

No qwerty, lefty, disabled, desk setting, and other good reasons to have key rebinding in any games, should be mandatory.
1 Likes, Who?

You just made me realize that there's more than one way to improve a game.

Quoting: TcheyIt seems to be again a game without any keyboard configuration, with WASD as default.

They have released an update:


2 Likes, Who?
While you're here, please consider supporting GamingOnLinux on: