GOG has revived The Dark Heart of Uukrul from 1989

Originally released for the Apple II in 1989 and later MS-DOS, DRM-free store GOG.com have revived the first-person retro RPG, The Dark Heart of Uukrul, thanks to the power of DOSBox. Another hidden gem from many years ago, and due to how it was released a lot of people completely missed it as it was originally put out at the end of the Apple II's lifespan.

"You four - a warrior, a magician, a priest and a paladin - you tiny band of four must somehow vanquish the evil Uukrul. For he and his depraved followers hold the once-lovely city of Eriosthé in dark dominion. And until he is destroyed, the entire land lies helplessly at his mercy." 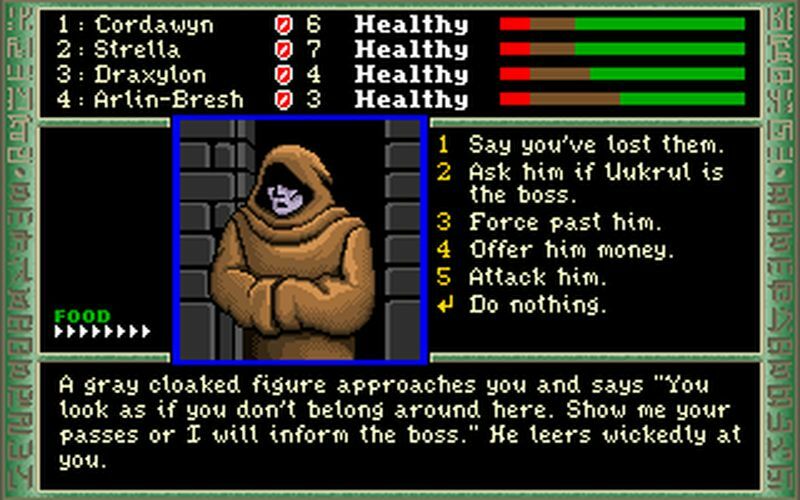 This release has been dedicated to Scott "Kill0byt3" Greig, who GOG mention was instrumental in making it happen. Greig got in touch with the original developers, and managed to organise the re-release as a big fan. Greig sadly died in earlier in March this year.

If you love classic games it's another to add to your collection, and great to see GOG continue to give a legal home to many such oldies like this that otherwise would be lost to time. Nice that they continue to package them up neatly for Linux too.

You can buy it on GOG.com.

View PC info
can someone say what kind of "drm-free" thing they give? Unfortunately I have no trust gog is doing anything sane.
0 Likes

Quoting: lucinoscan someone say what kind of "drm-free" thing they give? Unfortunately I have no trust gog is doing anything sane.

Huh? That's a weird thing to say. As they have always done, you get a DRM-free download direct from their website with all the game files.
3 Likes, Who?

View PC info
They do not do that for Flight of the Amazon Queen.
0 Likes

Quoting: lucinosThey do not do that for Flight of the Amazon Queen.

View PC info
And if you don't like fiddling with Wine and so on, you can either download the data files using something like lgogdownloader, or grab the .exe and extract it with innoextracter, much like a .zip archive.

(..and the game is also almost certainly already available as package in your distro!)

View PC info
Ok, if you played videogames at that time and missed this one, I strongly recommend you to give it a try. It was very hard, both the combat and the puzzles, but extremely rewarding, and it was quite unconventional in its mechanics.
0 Likes
While you're here, please consider supporting GamingOnLinux on: