Stadia, the Linux-powered game streaming service from Google is just about to coming up on the one year mark since it originally went live for early backers. They're now releasing new features again and talking about the future.

Only recently did Stadia hit 100 games and gain Family Sharing but there was still a lot missing. They're finally starting to bridge the feature gap now though, with the release of more features this week. Firstly, you can now actually directly message other Stadia users from the friends list, you can directly share screenshots and clips on mobile and the web browser, when video capturing with the built-in Stadia feature it will now capture game voice chat too and they finally rolled out proper profiles along with profile links.

Here's an example of their new profile system: 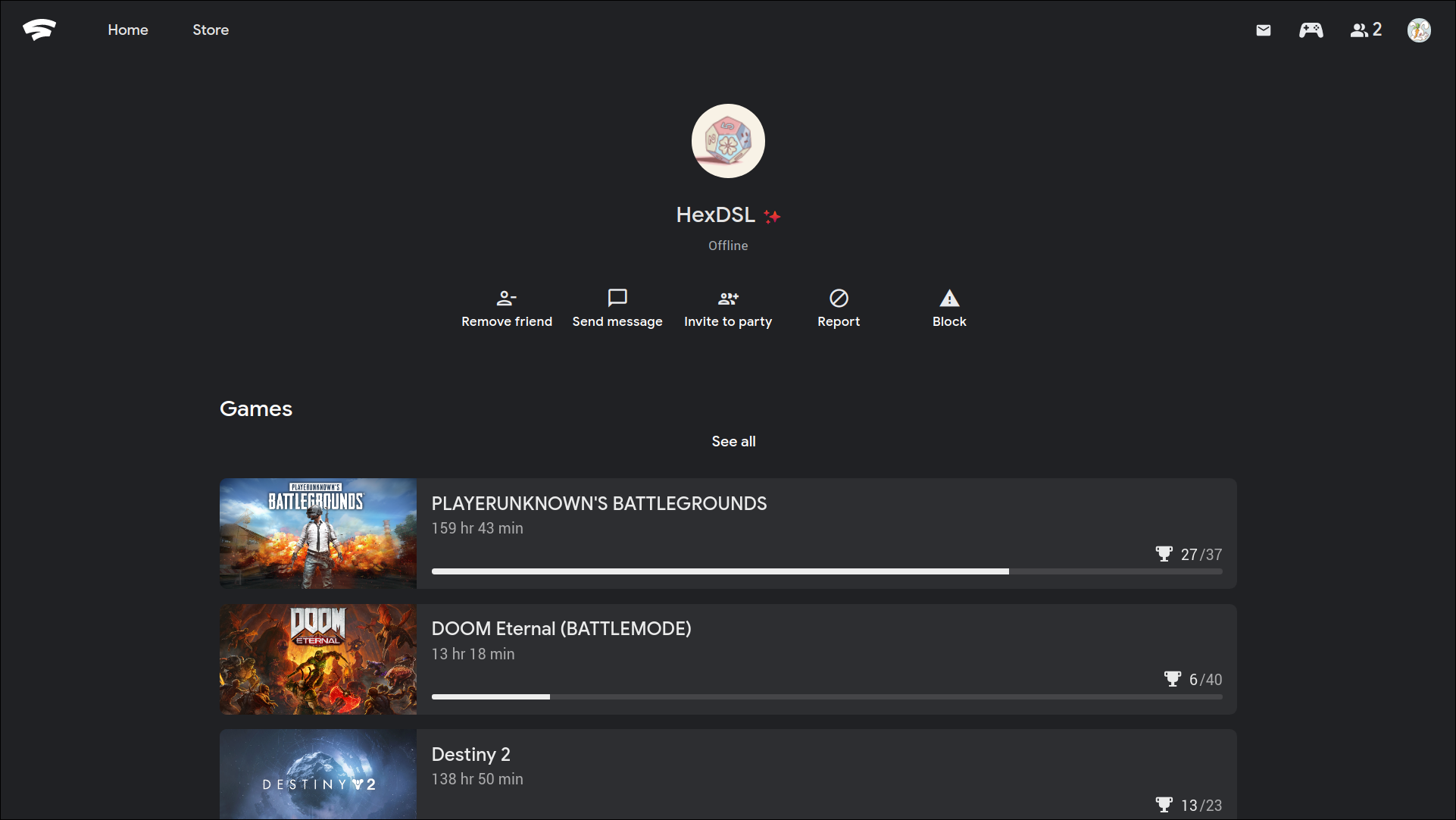 Stadia actually now genuinely feels like more of a proper platform, one year later. Still no search bar though, baby steps. It's quite strange though how Google are known for their search and their own game store like this doesn't have it a year later. Just how long will they wait before their store fills up to offer it?

Looks like some new country support might also be finally rolling out soon, as their Terms of Service got updated. For the original set of countries, they're all still showing November 5, 2019 but there's a few others like Poland, Portugal, Slovenia, Romania, Hungary and others that are now showing December 1, 2020.

On top of all that, Google reps from Stadia did presentations for the MEGAMIGS Canadian conference, with some highlights now up on this YouTube List. One of the interesting videos was the introduction to Stadia Games & Entertainment where Julien Cuny the Portfolio Director for Stadia Games & Entertainment gave an overview including some important info. One big thing is that they're looking for games that are planned to come out in 2023 and beyond, showing they have a long-term plan ahead for Stadia. 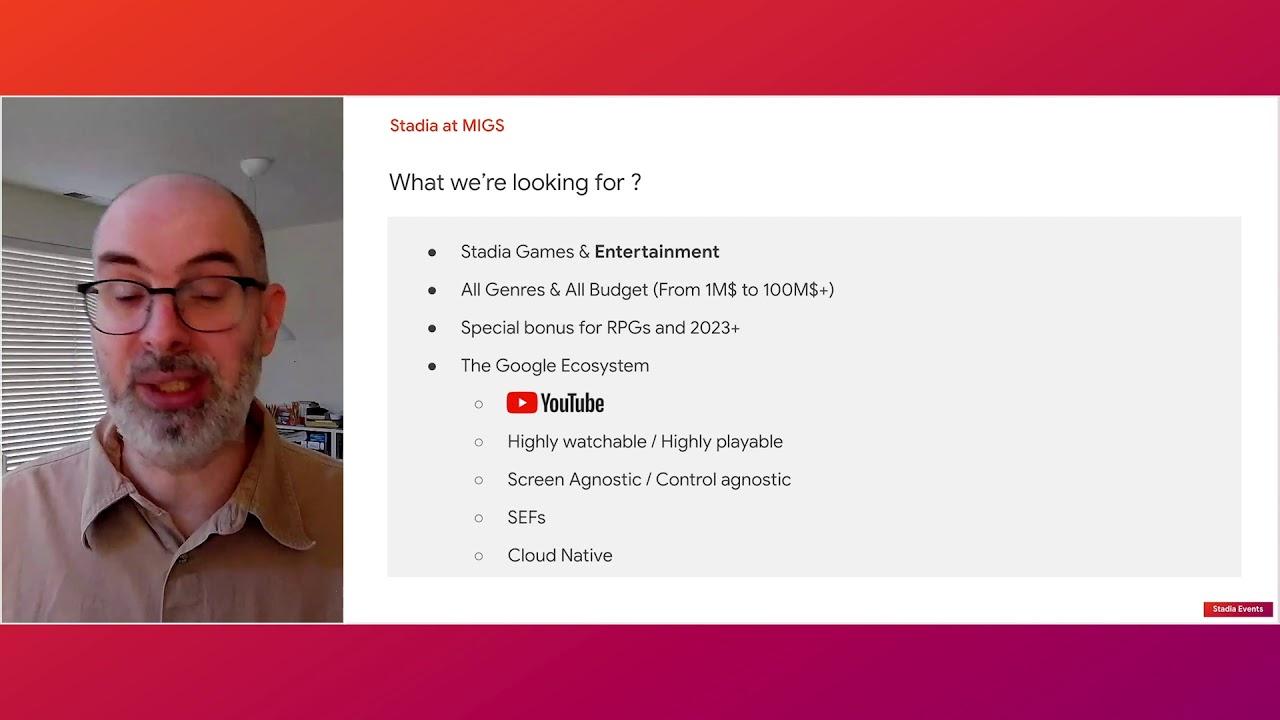 Another interesting talk is the "A Year in the life of a Stadia Game Developer", which goes over some of the details of what developers need to get their games onto Stadia. It's not a deeply technical talk and quite light but interesting nonetheless, including a mention that if what you have works on Linux it should just work on Stadia and they talk a bit about Vulkan too. Apart from that, they dive into how getting a game onto Stadia itself works and it seems pretty quick with developers able to quickly pop a build online and just get testing. 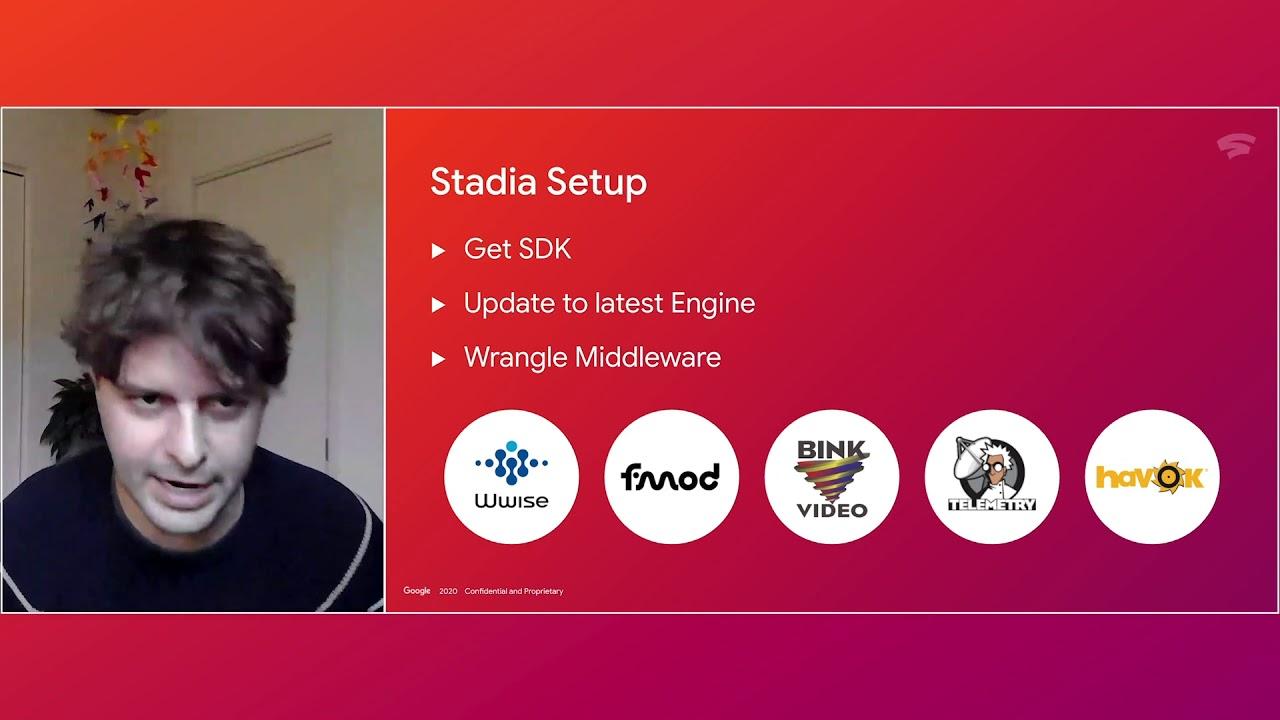 Still not available in Czech Republic and still no Google Workspaces account support.

View PC info
Those videos show that there is a long term plan for Stadia. Kinda kills the "hur hur Google will just kill it soon" crap
2 Likes, Who?

I'd imagine that they had big plans for Google Plus, too.
8 Likes, Who?

View PC info
I really don't understand the appeal for Stadia and the likes. You have to pay a monthly fee AND buy the games. So if you stop paying for stadia you can't play the games any more. For me that's stupid, if I have to pay for the game I want to be able to play it any time I want and not have to pay more. If all the games were included in the Stadia fee I could understand it but not liek that.
0 Likes

Ok. I trust you on that Liam. Thank you.

And where does that come from? The stadia website.

The way the Stadia website is written and presented let you think you HAVE to get to pay to use it. Honestly that is on Google marketing team for messing that up so badly. And that is the case in every language Stadia is translated to.

That is the first thing you see on Stadia when you land on the page. They are hiding on purpose that the service is "free" to some extent. On the first page there is literally no clear information on Stadia being "free". they only present the monthly fee and the Store, letting you think you have to pay for Stadia Pro.

Everyone has a plan until they get punched in the face (by market conditions).
1 Likes, Who?

View PC info
Is there a list of games that came out for desktop Linux because Staida effort made it easier? Would be interesting to see actual examples.

Also, someone is still using Bink video? Why on earth when there are free high quality video codecs today?

View PC info
And another bit of info (quote from their blog):

Starting November 19 at 9 AM PT, everyone on Stadia can play Destiny 2 for free. This play for free version of Destiny 2 begins your legend with a large variety of activities – from cooperative quests to competitive modes, challenging endgame activities, and more. Even if you’re not a Stadia Pro member, you’ll be able to take part in the core Destiny 2 experience.

Also, The Immortals Fenyx Rising demo is back, from right now until 21 Dec.
0 Likes
1/3»
While you're here, please consider supporting GamingOnLinux on: