Paradox has released the big 1.2 update to Crusader Kings III, with it comes a fun new feature that lets you properly design your initial ruler.

Since the release you've been able to step into the shoes of pre-set historical monarchs and leaders. Carrying their legacy on through the ages, and across the world. Now though, Paradox are giving us much more control over our game and our leader. You can now design them yourself with various options including appearance, age, ethnicity, sexual orientation, and more with the results sometimes looking quite amusing. You start by choosing a location, then the option to design your own will be available.

Unlike how it was handled with Crusader Kings II, this is an entirely free feature added to the base game.

You can see this new advanced feature in action below: 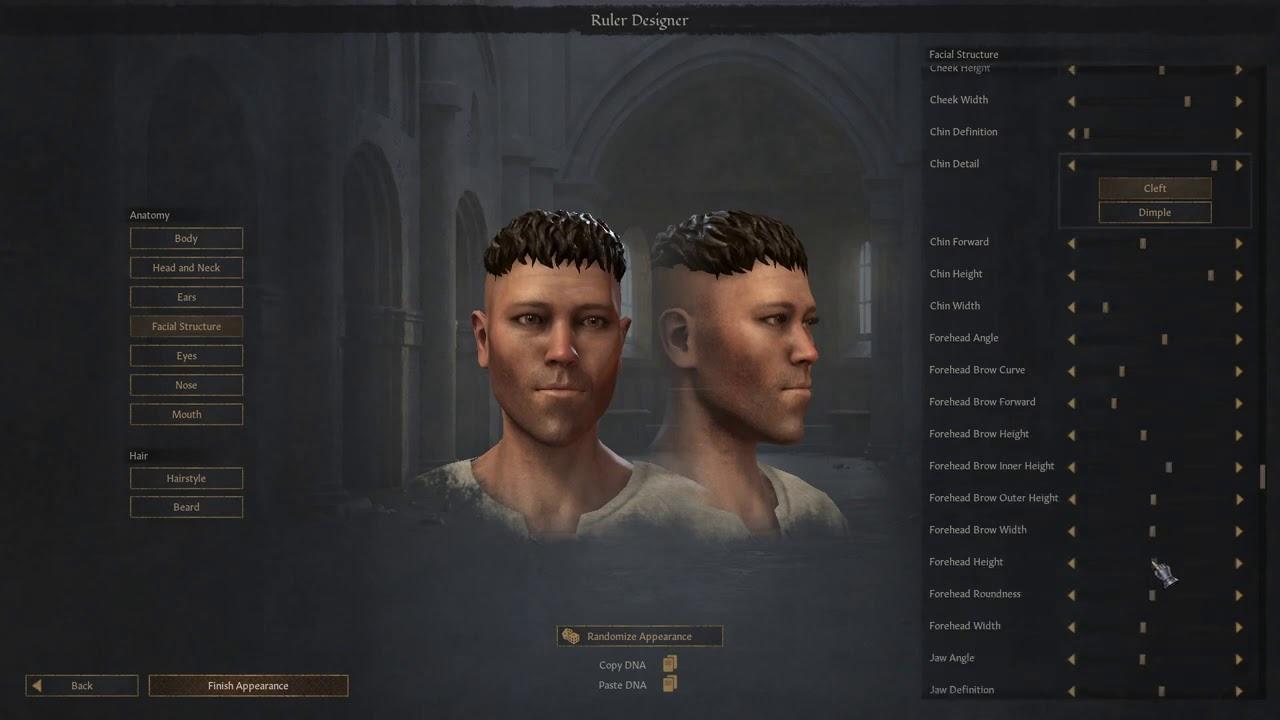 There's actually quite a lot of options you can tweak, which Paradox will likely need to spend a bit of time cleaning up as sometimes when you get right down into the new options it can end up causing some character model issues. Minor graphics glitches when you truly mess with all the slides aside, it's a really great feature and there's so many sliders to mess with to create your ultimate ruler.

You could make a picture of perfection like Eadric, and then you could also make Frank…867 was a tough year for Frank. 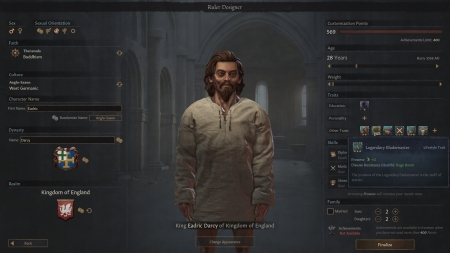 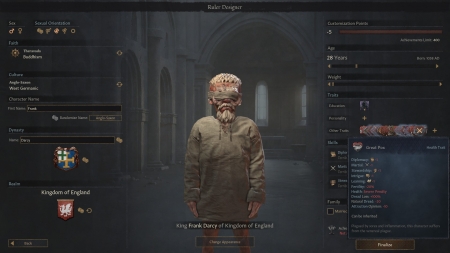 You get the point, you can change their entire appearance as well as give them all sorts of traits both positive and negative depending on how you want to play.

That's not all that's included though, there's plenty more in the 1.2 update like:

I'm still quite enjoying my time playing CK III as if it were an RPG and less a huge strategy game, especially as it's far easier to get into than other previous historical strategy games from Paradox.

QuoteFix an issue on Linux that could cause stutters every few seconds by disabling gamepad polling. Gamepad polling for debug purposes can now be enabled by passing in the command line flag “-handle_controller_input”

That aside, the sheer complexity that becomes apparent from going over that list is staggering. I really need to get back into the game. Maybe ditch my current unlikable character and start fresh ... there's still so much to discover!
3 Likes, Who?

View PC info
You know, by the time I try to sit down and play this more than just loading it and starting the tutorial, CK4 will be out and I will have spent 1k on DLC for this like I did with CK2...
3 Likes, Who?

Quoting: HoriHehe, get him killed :D There's many creative ways to "start over" without actually starting a new game :D

I finally managed exactly that yesterday, after a 14 year long reign. Now I'm a dwarf with a diploma in Kingdom management and am still hated by everyone, but for me that's going to be way more enjoyable.

Though from what I've seen so far, a high-diplomacy character really suits me best. Hardly any opposing factions, you make friends and allies easily and everyone just adores you. Note to self: keep a closer eye on your offspring ...
0 Likes

Quoting: kaimanNow I'm a dwarf with a diploma in Kingdom management and am still hated by everyone, but for me that's going to be way more enjoyable.

I'm so glad I got back into the game, because this character absolutely rocks! I turned him from a passable steward into a diplomacy powerhouse (holding and attending feasts gives great bonuses with time, it seems, as does an adept wife) and he made it from King of Ireland to Emporer of Alba with hardly a war fought. And better yet, most of the money spent on usurping titles or bribing Petty Kings into vassalization was sponsored by the Pope! And the icing on the cake: his one and only daughter also excels at diplomacy.

Seeing a strategy actually work out as I hoped (much better, actually!), even though it required plenty of patience is immensely gratifying. And that the game allows to play a diplomacy-focused character in a way so different from my previous approaches only goes to show how nuanced and deep it really is.
0 Likes
While you're here, please consider supporting GamingOnLinux on: