Intergalactic Wizard Force, developed for the AdventureX Game Jam is well worth a look as it's absolutely hilarious and won't take you long to complete.

With its own theme song, fully voiced characters and artwork from Jacob Janerka (Paradigm) it's quite an experience. Janerka described it as "like the hit movie Twins (1988 film) except they are Space Wizards dealing with intergalactic bureaucracy". 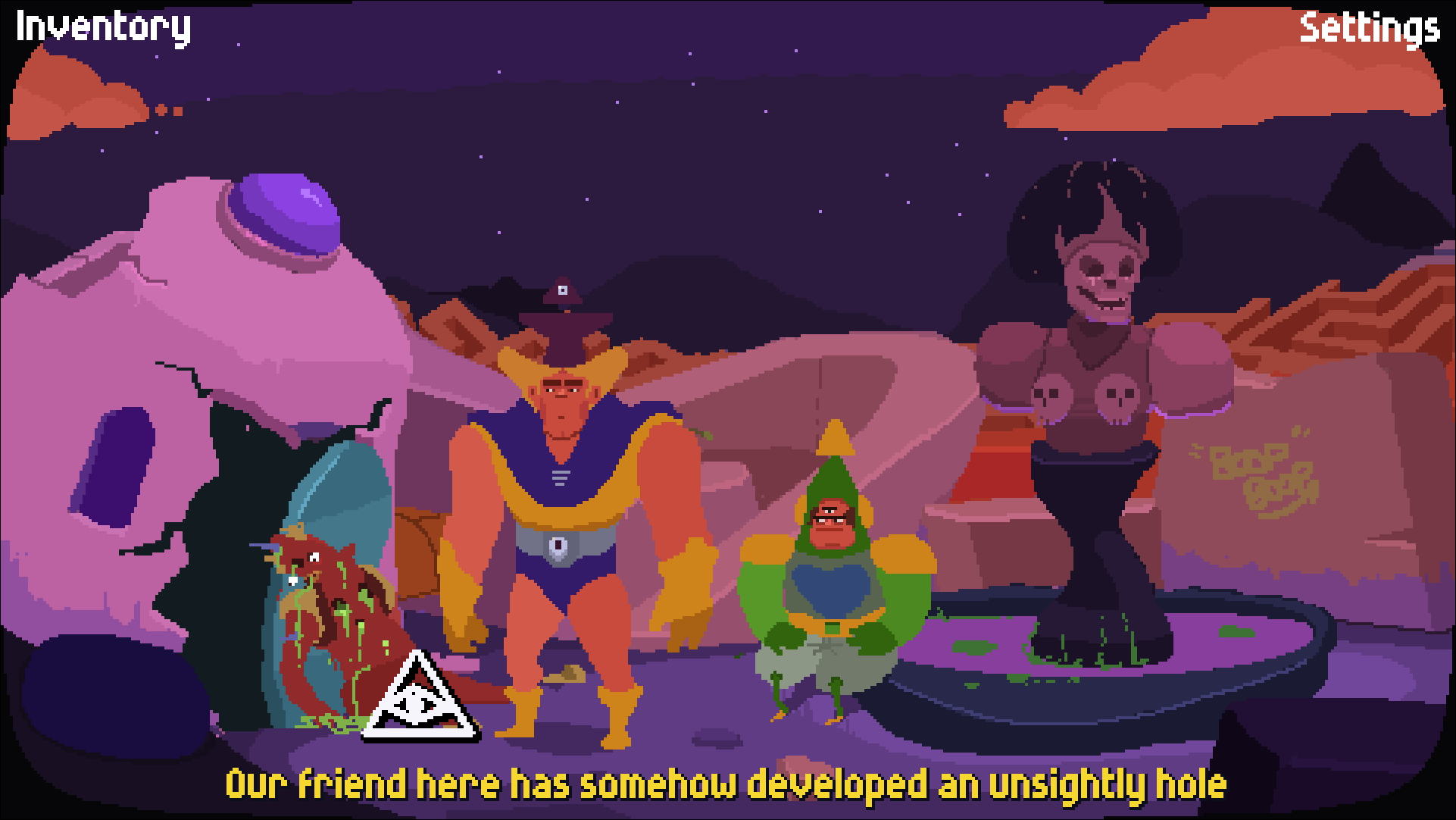 Join Prince Xandar, hero of the cosmos and Maldrek, the galactic wizard on an adventure through time (forwards) and space (forwards, but also sideways and diagonally).

*Early estimates may be exaggerated, but at there's at least 2.

Absolutely wonderful. Such ridiculous humour, with "wizards" that have some…questionable magic that's very much not really magic. It's seriously weird, like playing through an old late-night cartoon full of controversial and outrageous characters.

Made with PowerQuest, a tool for building 2d point and click adventure games in Unity.

You can grab Intergalactic Wizard Force free (or donate) on itch.io and I suggest you do.