Songs of Syx, a title currently in development and available as Early Access has now officially arrived on the DRM-free store GOG if that's where you prefer your games. A good remind of a nice up and coming title, as Songs of Syx is very promising.

At its heart, it's a city-builder but it's on a grand scale. You start off tiny and gradually expand to a huge sprawling city full of hundreds of citizens. That's far from it though, it's also a strategy game that will have massive tactical battles with huge armies since you're also dealing with the politics of other kingdoms. Even though it's not finished and there's plenty missing, it's highly rated by users. 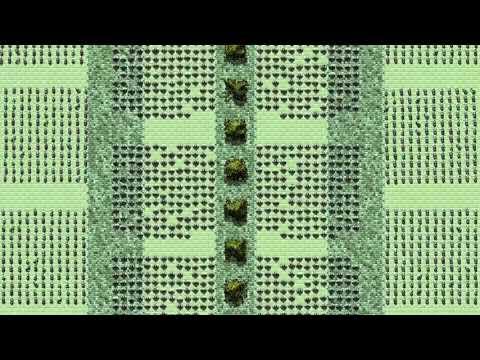 Their vision is huge for it too, developer Gamatron is planning to have a huge living world that's filled with different races, cultures, gods and strange creatures. From what I've personally played of it which is quite a few hours now, it doesn't quite live up to the ideals just yet but it's extremely promising - one of the most promising Early Access titles I've seen come along for some time. If you've played the likes of RimWorld, Kingdoms and Castles and other similar titles you will likely feel quite at home with it.

Now you can pick it up on GOG.com if you prefer. Otherwise itch.io and Steam. GOG doesn't currently have the demo but the other stores do so you can try it first.

View PC info
I've been playing the demo for a few hours now, and this is the closest game I've played to a mouse-driven Dwarf Fortress. (And I do like how fluid the workforce is in this game, with people instantly switching from hauling to constructing to having specialized jobs and back automatically without you need to specifically set their jobs.) The demo's apparently a version of the game from May of this year, so not up to date, but it's got a good number of features already. (If a somewhat…eclectic selection of them.)

Also, maybe it's better in the paid version but the demo is absolutely full of language mistakes: what I'm pretty sure is supposed to be a "Tome of Knowledge" is instead referred to (in multiple places!) as a "Tomb of Knowledge".

I normally wouldn't bother pointing such things out, but in this case there are so many such errors that it might actually make it hard to figure out what to do from in-game tooltips. (Though like I said, maybe the paid version has corrected these by now.)
0 Likes
While you're here, please consider supporting GamingOnLinux on: