After releasing for itch.io first Pixross, the nonogram puzzle game from Kenney, has now hopped on over to Steam and it also had a sweet upgrade for both stores.

If you've never played it the mechanic is simple and effective: you count numbers and try to get the correct amount of blocks coloured on each line. Simple logic but it takes time to get through. 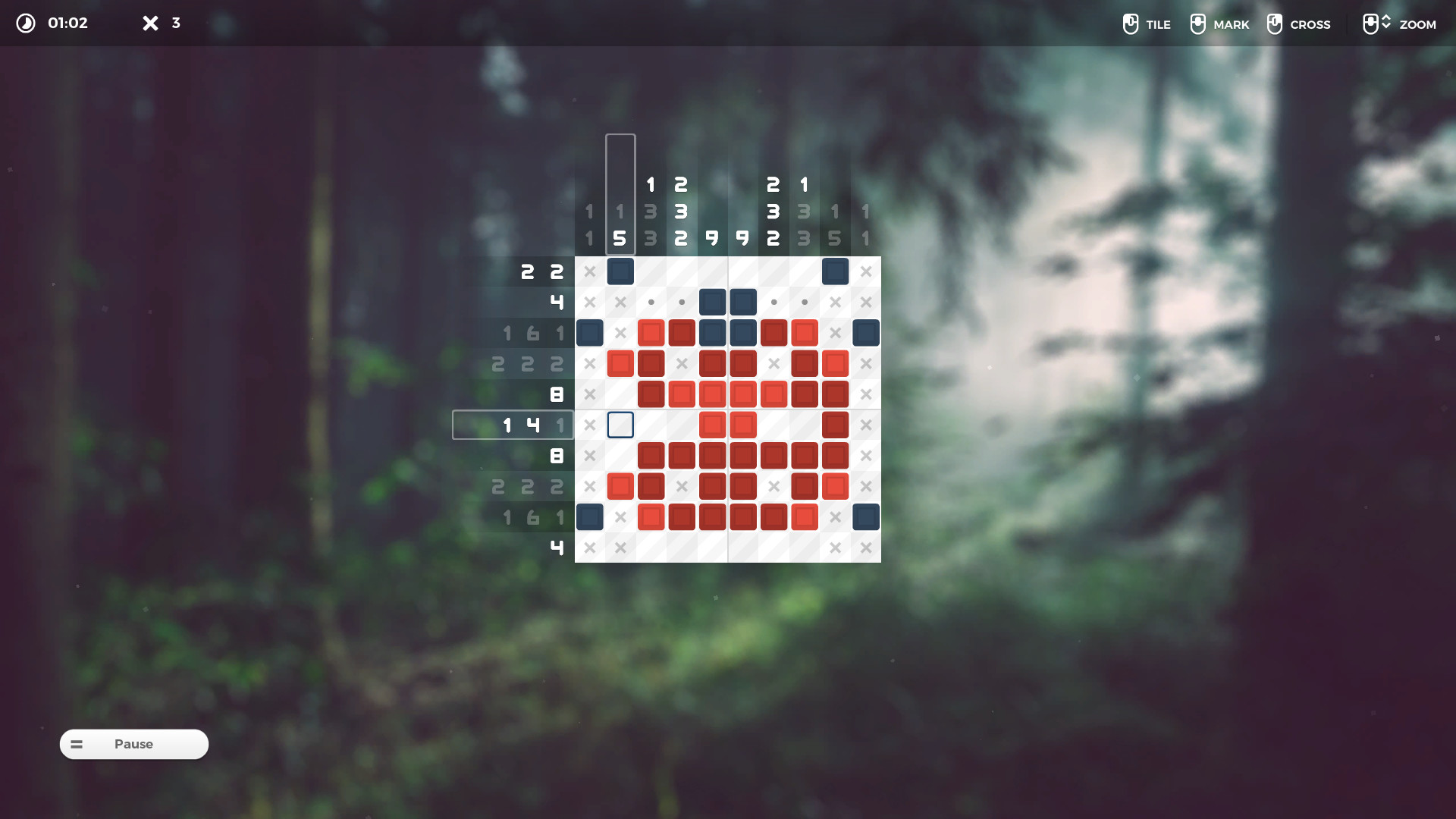 This has been, without a doubt, one of the nicest experiences I've had with a Nonogram puzzler (some of you probably know it as Picross). I don't want to rehash the things I said about it before, which you can read about here but it really is quite lovely. A very relaxing atmosphere, with some nice little customization progression to give it a bit of a personal touch as you play through it.

A recent update to the game that arrived just before the Steam release also added new content including:

Update 17/12/20: a day after this article went live Pixross 1.2 went up adding in a new random puzzle generation feature, so even when you finish the included levels you can keep on going forever. There's also now the ability to pan puzzles to get a better look and to reverse the controls if needed.

Now you can buy it on Steam in addition to itch.io.

View PC info
I've spent so many hours playing various versions of picross... I thought I had rid myself of that particular vice. Noooooooo!

After playing a few puzzles, I have to say this is a really nicely made Picross game. The UX is smooth and clean (a lot of Picross games are frustrating to actually interact with), and everything about the game is really nice and juicy. This is all very unfortunate... for my time.
0 Likes
While you're here, please consider supporting GamingOnLinux on: