Sega Mega Drive (Sega Genesis)? That's not a piece of Linux gaming hardware last I checked? No but Irena Genesis Metal Fury is a new game coming for the retro console and will provide the ROM file for your favourite emulators.

Here's the thing: I'm a huge retro fan and I grew up with the Sega Mega Drive so it always holds a special place in my early gaming years and helped me really appreciate games. Irena Genesis Metal Fury looks awesome too and the developer, White Ninja Studio, aren't ignoring Linux either.

First, take a look at their trailer: 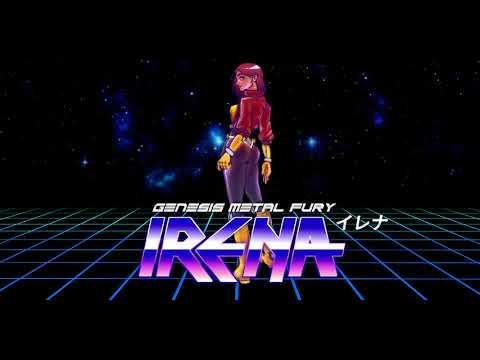 You can actually grab a demo ROM file from the ongoing Kickstarter campaign, and they provide a link right on the page to grab the BlastEm emulator for Linux and Windows. Always nice to see a developer take notice of Linux enough to provide everything you need right there. It will support the real hardware too.

Seems popular too! Against their goal of €35,000 they've managed to raise over 38,000 and the crowdfunding campaign has 22 still left to go.

More about the gameplay:

During the game, the player can collect different power ups to upgrade their main weapon and equip two modules; one increasing firepower and one to create a magnetic shield protecting the ship from enemy projectiles.

Depending on the situation, it's possible to adapt your ship’s speed to three different levels with a button push. You can set the default speed in the options menu according to your preference. The current speed is indicated on the HUD in the right of the screen for better visibility.

During the progression, there are dangerous mini-bosses. It will be necessary to be well armed and know the different patterns in order to win the fight and continue the stage.

Know what else is interesting about it? It's built with open source tech too. They're using SGDK, an MIT licensed development kit for the Sega Mega Drive.

Find the Kickstarter here and try out the demo in your favourite emulator.

View PC info
Never heard of the BlastEm emulator, but I do love me some new games for the Genesis.
0 Likes

A lot of new Sega Mega Drive games and stuff are coming up. That's pretty cool. This console was present in almost all Brazilian's childhood.
0 Likes

Quoting: gustavoyaraujoA lot of new Sega Mega Drive games and stuff are coming up. That's pretty cool. This console was present in almost all Brazilian's childhood.

The SMS really took off there. Nintendo cheated and had a stranglehold on retail fir the NES days. Should have been surled into oblivion for it.
0 Likes
While you're here, please consider supporting GamingOnLinux on: