Inspired by the likes of Dwarf Fortress, Civilization, SimCity and more we have the free and open source Arcane Fortune which continues to expanding in features. Played in your favourite command-line terminal application, or just use the pre-made launch script it comes with that sorts out everything for you.

Seems like it has some genuinely great ideas, and considering how ridiculously popular Dwarf Fortress is, we know that shiny graphics are not a key to success. Perhaps Arcane Fortune will be able to carve out a nice niche. 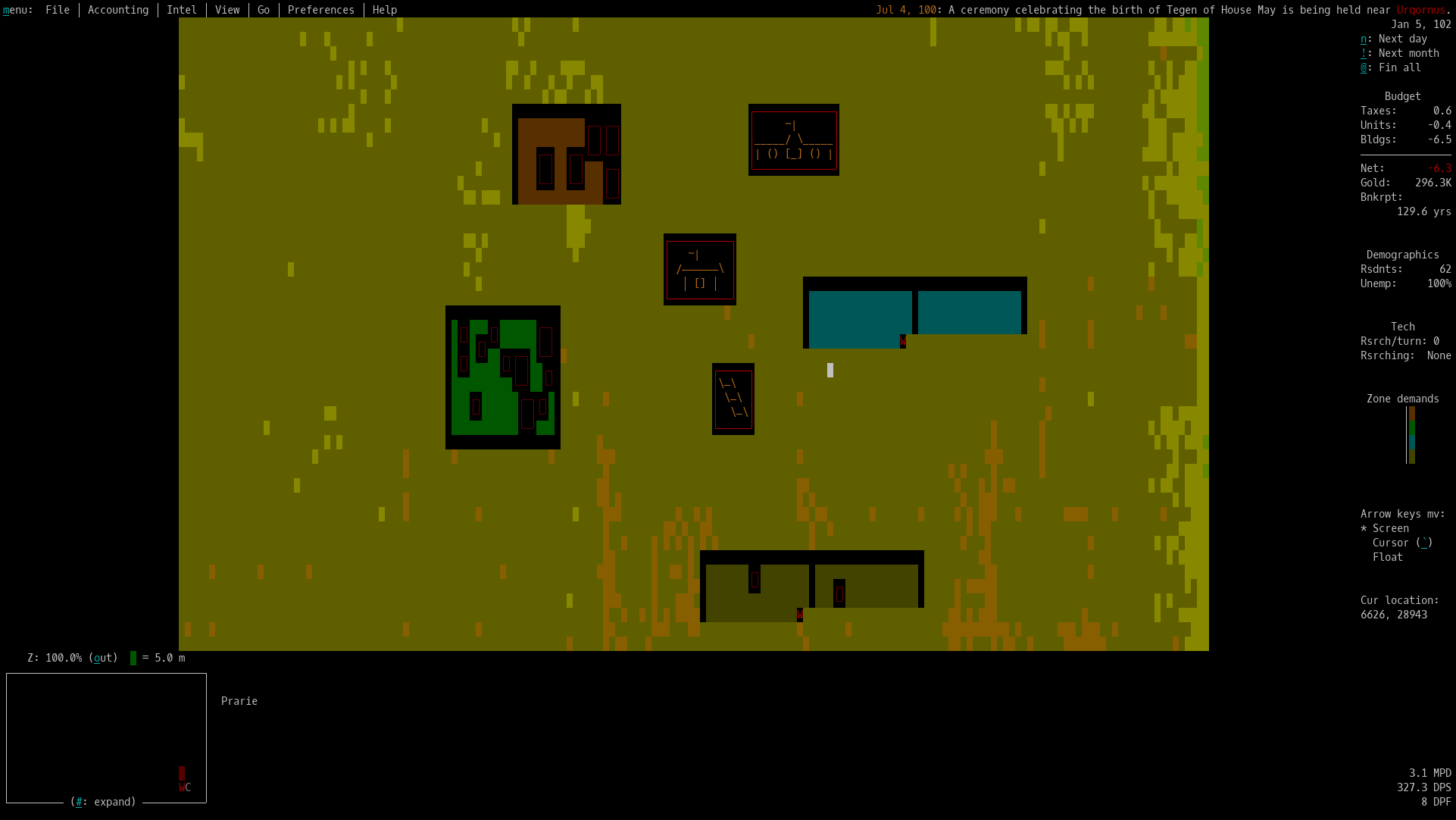 Pictured - the beginnings of a new civilization in Arcane Fortune.

The idea is certainly interesting, and the mash-up of ideas already makes the early game quite engrossing. The key is going to be in the AI, much like it is for Dwarf Fortress. Arcane Fortune is going to need to keep players engaged with encounters, and other civilizations.

You can download free on the official site and GitHub.

View PC info
Still very early in develepment, the game could be a future "niche hit", i believe.
Darin (the sole dev) is very friendly and open to commentaries and feedbacks.
0 Likes
While you're here, please consider supporting GamingOnLinux on: