Lutris game manager v0.5.8.3 out, requires contributors to agree to a CLA

For regular Linux gamers, Lutris is pretty much a household name by now. For those that aren't - Lutris is a game manager allowing you to sort through all your games from various stores.

Not only that it also allows you to manage emulators for your favourite classics, Windows games using the Wine compatibility layer and quite a lot more. It's very useful and they continue polishing up the overall experience after a huge update went out late last year. 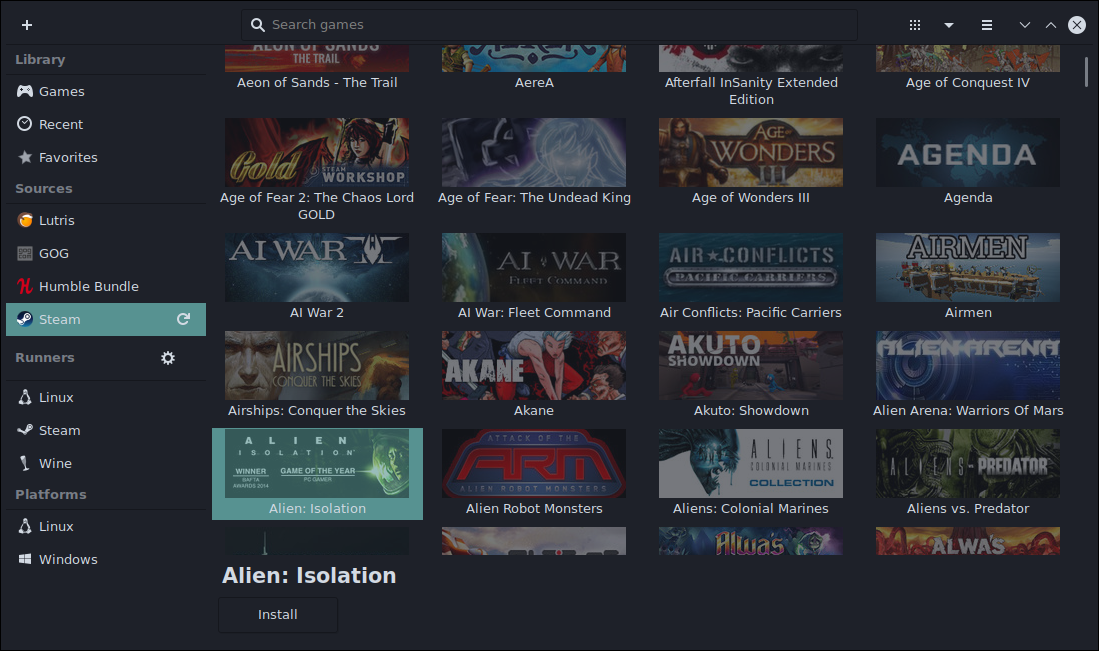 The project itself has been going through some changes recently too, and not everyone has been happy about it from all the discussions I've seen. Lutris is an open source project available on GitHub and the team ended up closing both issue reporting and pull requests for normal users last year, as explained in a Patreon post, to allow them time to sort through everything due to both the amount of requests coming in and patches being offered that didn't align with their goals and all sorts of reasoning.

Now though it's back open as of a few days ago, although contributors who want to submit patches and pull requests now need to adhere to a Contributor License Agreement which can be seen here. Seems pretty reasonable, mostly reminding people to get their code tested properly.

Update: shortly after this article, the Lutris team also released their stable Lutris Wine 6.0 build for those of you using Lutris to run Windows-only games and applications.

STiAT 25 Jan, 2021
View PC info
I do not see this as a really bad thing. Other projects with little manpower do the same.

As long as it's not a legal binding CLA or similar I usually do not object. It's their way of defining how they want to run their project.

To be true to call it CLA is a bit overstretched, since it has nothing to do with the code licensing, other projects put things like this in the contributing section and simply deny everything which does not adhere with the rules there.
6 Likes, Who?
Samsai 25 Jan, 2021

View PC info
The CLA isn't really even a CLA, it has no bearing on licensing whatsoever. It also seems kinda strange in general. The first two points seem to about testing and it seems like a couple of CI pipelines would address that problem better than a piece of text people are expected to read. Point 3 on the other hand sounds like they want to turn down contributions if they don't fit the current schedule and plan exactly, which seems strange to me. Prioritization is necessary, but why turn down work? Just put it on the backlog and come back to it after current release is done. I think there are some bigger organizational problems that could be solved here that would more efficiently address the issues than this CLA.
9 Likes, Who?
Whitewolfe80 25 Jan, 2021

View PC info
Think this was discussed on linux game cast i know he's about in the forums here sometimes Strycore can confirm this but i believe this was because lots of people where abusing the pull and commits by writing useless amendments to the documentation.
0 Likes

TheBard 25 Jan, 2021
View PC info
This is a very reasonable move. According to Github, there only a few major contributors. Pull request may take them a lot of time, time they prefer using to move the project forward.
0 Likes
Purple Library Guy 25 Jan, 2021
When I saw CLA I was thinking "Canadian Library Association? How do you even sign that?"
2 Likes, Who?

View PC info
I do agree that this is not a true CLA (and it says so in the document itself). There are no tools out there just called "Contributor Agreement" that users have to sign in order to send a PR, so I just hacked the concept of CLA to fit my own needs.
I really want contributors to agree to drive the project forward. This CLA "hack" is currently the best option I have found to do so. To understand why, this is what the project went through:

- Project starts from scratch, with little experience of development or project management
- Some developers start to join. Sometimes with different vision of what Lutris is, but that's ok because I appreciate the help
- Project keeps growing, I keep accepting patches. Turns out they increasingly cause bugs and breakages in Lutris.
- We adapt our processes to integrate CI tools and try to do better code reviews.
- As the project grows, the issue tracker keeps getting noisier. It becomes a catch all support forum for anything related to the project, from games to installers or runners.
- Any time I step away from the project, the number of issues instantly creeps up. I have withdrawn myself when I've felt overwhelmed by the project and this has been negative every time.
- Realizing that I have to constantly keep an eye on the project, I take a part-time job, with Lutris donations helping a lot in that regard.
- Project is 10 years old. I've gone from a junior dev to an experienced one. But there's a still a decade of technical debt to pay. And if the project wants to move forward, it has to be on strong foundations.
- As the project is re-architectured, contributions start drifting away from the design goals and keep sticking to old designs. This starts to be disruptive enough that I feel the need to shut access to anyone who isn't a past contributor.
- Some technical debt gets paid, issue tracker gets cleaned. Things are looking better except for the fact that I still reject 100% of the patches that somehow made it to me during the github shutdown. I come up with the CLA to have a written agreement between contributors and the project.
- So far, all contributions I've received since the full reopening have a high chance of getting merged.

Ideally, once we reach 0.6.0, the issue number on Github should be really low. The CLA is likely to go away at that point.
18 Likes, Who?

View PC info
I read "CLA" in the title and came in just to leave a quick witty comment a là "bye bye Lutris, it's been fun, it's not me it's you, yada yada".

Well, I did come in, I read the article, I actually read the "CLA", I read strycore's comment, and I also couldn't help but be reminded of the mess the Lutris issue tracker was in when I last had to visit it to report a bug, about a year or so ago.

Go forth with my blessings, old dev. I approve.


Last edited by Nocifer on 26 January 2021 at 5:17 pm UTC
4 Likes, Who?
queer_bird 26 Jan, 2021
Am I doing something wrong? Lutris just doesnt seem as good as it used to be for me. It used to have an option to sync all of the steam games I had installed and it could find all the GOG and FOSS games that i installed with my package manager. Now I have to add all games one at a time which kind of defeats the purpose for me.
0 Likes
Whitewolfe80 29 Jan, 2021

Still working last time i used it about two weeks ago. But I use it because I can customize wine for each game plus the scripts that let me play games that proton db lists as borked.
0 Likes

View PC info
I'm glad to see it's not a literal CLA. Those are somewhat taboo in the FOSS world. Stricter branch protections and issue reporting makes sense to me to get the time to organize things and cut out some inefficiency.
0 Likes
While you're here, please consider supporting GamingOnLinux on: