Wasteland 3 from inXile Entertainment has a big new free update out with the Robots & Rangers" patch, and it's looking to be a good one for all players.

"In Wasteland 3 you take command of a squad of Desert Rangers, lawmen and women in a post-nuclear world, trying to rebuild society from the ashes. More than a century after the bombs fell, you’re fighting a losing battle to keep your beloved Arizona alive. Then the self-proclaimed Patriarch of Colorado radios, promising aid if you'll do a job he can only entrust to an outsider—rescue his land from the ambitions of his three bloodthirsty children."

Originally released in August 2020, the Linux version came just before the year was up in December and since then they've clearly been busy on fixing up bugs and expanding the game elsewhere. Here's what's new in 1.3.0 "Robots & Rangers":

There is quite a lot of additional bug fixes, a few improved animation and sound effects, a balancing pass, UI updates and the list of smaller details goes on that you can see in full here.

Note: for the Linux version, it's been reported that on AMD GPUs you may need to turn off Ambient Occlusion to prevent graphical glitches. Hopefully that will be solved in either a Wasteland 3 patch or a later Mesa driver update. There is an open bug report that needs more testing for AMD GPUs on the Mesa bug tracker. 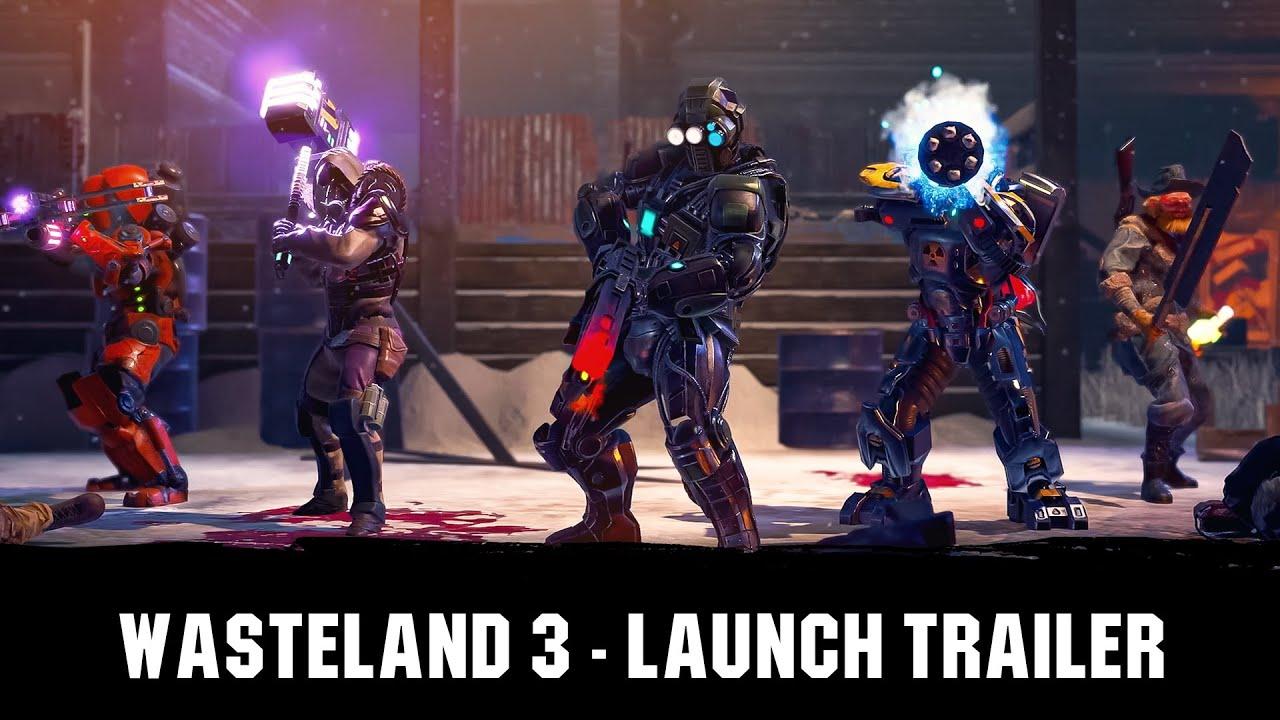 View PC info
PLEASE tell me their using unity's vulkan api for the linux port. If I see another company rolling back to outdated broken slow opengl for that engine, I'll scream, let it die already!

If you've played 'Pillars of Eternity 2' or 'Battletech' you understand the horrible woes of the OpenGL component, and yes at first glimpse it looks to work well, but as you play through those games (and many others) it gets real nasty, quick.
1 Likes, Who?

Quoting: TheRiddickPLEASE tell me their using unity's vulkan api for the linux port. If I see another company rolling back to outdated broken slow opengl for that engine, I'll scream, let it die already!

If you've played 'Pillars of Eternity 2' or 'Battletech' you understand the horrible woes of the OpenGL component, and yes at first glimpse it looks to work well, but as you play through those games (and many others) it gets real nasty, quick.

I didn't look too much into what engine they were using but after an hour of gameplay where it would freeze for 30 seconds or lock constantly I switched to Proton and then finished the game without a single issue....
0 Likes

View PC info
I played around 75 hours without any stability issues. The Linux version works like a charm for me ¯\_(ツ)_/¯
2 Likes, Who?

I played Pillars of Eternity 2 a lot, and it worked well? (apart from the many and increasingly long loading screens)

I've not followed Wasteland 3, and was worried about the M$ acquisition. How has it turned out? Is it good? Works well on Linux?
1 Likes, Who?

ripper81358 30 Jan, 2021
View PC info
Unity 3D is a great engine as it allows for relatively easy cross-platform development. However running it natively on linux comes with some problems. I was involved in troubleshooting some Unity 3D games on linux. While i am not a developer i learned some things about Unity 3D on linux.

1.) There seems to be no support for running Unity 3D in exclusive-fullscreen mode which is problematic if you want to use VRR in form of AMD-Freesync or Nvidia G-Sync. Both technologies will only work if the OpenGL or Vulkangame runs in exclusive-fullscreen. The engine will always use borderless-window for fullscreen display regardless of the settings offered by each individual game.

2.) Unity 3D has performamce problems on linux. You'll get very low and unstable performance compared to windows especially with graphical more demanding games. With Vulkan the performance is higher compared to OpenGL. However fps are very unstable on both API's. I have one Uintygame that gives me between 120 and 55 fps running on Vulkan.

3.) Problems with the MESA Drivers.

Unity is bugged with the MESA RadeonSi OpenGL driver. This bug causes textureflickering if ambient occlusion is used by the game. The only way to prevent this is to turn ambient occlusion completely off. You can see this in Wasteland 3 but also in other games like Last Epoch.

Older Versions of Unity 3D will crash if you try to run them with Vulkan in combination with the MESA RADV Vulkandriver. This bug is not present in newer Versions. However many games are based on older Unity 3D Versions. So the problem will be there until the developers upgrade to a newer release of the engine.
0 Likes

Quoting: ripper81358Unity 3D is a great engine as it allows for relatively easy cross-platform development. However running it natively on linux comes with some problems. I was involved in troubleshooting some Unity 3D games on linux. While i am not a developer i learned some things about Unity 3D on linux.

The problem I saw the most is that Unity is not able to play back video formats that a) are working fine on Windows and b) are working fine outside of Unity on the same Linux system. And one developer struggled with setting the video settings even though we knew what we wanted (WebM if I remember correctly).

ripper81358 30 Jan, 2021
View PC info
Using this startcommand in steam should fix the flickering in wasteland 3 and other Unity 3D based games with textureflickering on AMD GPU's.
AMD_DEBUG=nodcc %command%
0 Likes

View PC info
As I mentioned in the bug report, I tested the mesa branch that has a potential fix and it resolves the ambient occlusion flickering.
1 Likes, Who?

View PC info
I was playing through using Proton without any issues, but gave the native version a go when it was released.

It started to load and then eventually (just before the main menu) it thrashed the HDD a little, then crashed to desktop.

I can see some other Linux peeps with the same problem. I tried some of their suggested fixes, but they had no effect.
0 Likes
1/2»
While you're here, please consider supporting GamingOnLinux on: