Valve are yet again hitting the spotlight for the wrong reasons following the ruling from the EU Commission over geo-blocking, a lawsuit involving game pricing and now the Steam Controller too.

The lawsuit involved Ironburg Inventions (a subsidiary of Corsair Gaming), who have a patent for a game controller that has back paddles and they've held the patent since 2014. According to the press release, Valve lost the case and so "the jury unanimously found that Valve Corp infringed Ironburg’s 8,641,525 controller patent and awarded Ironburg over $4 million" additionally Valve were apparently aware of it and so the infringement was "willful". Due to this, there's a potential for "enhanced damages up to the statutory limit of treble damages" so the $4 million figure is only the beginning. 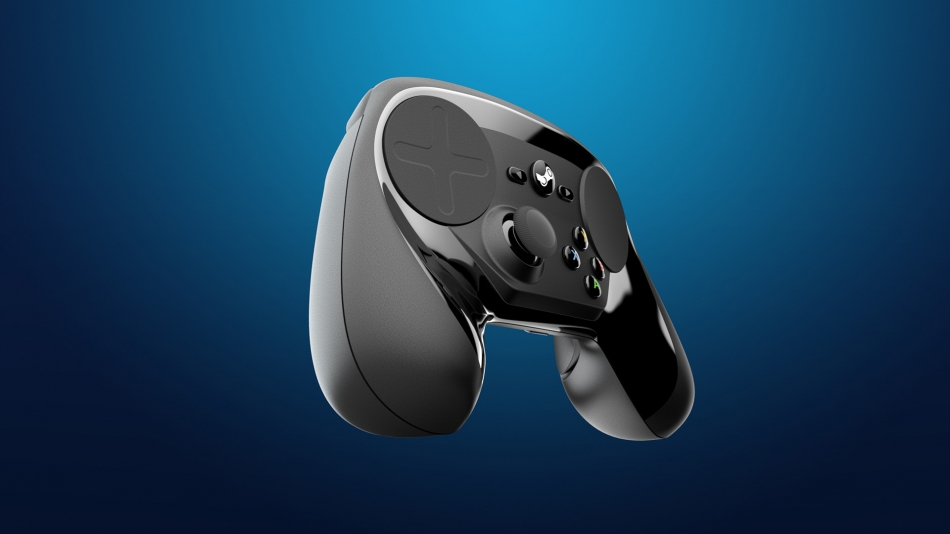 Any company that wishes to have back paddles, are then required to license the tech from Ironburg Inventions Ltd which is exactly what Microsoft does for their special Xbox Elite Controller.

The Steam Controller (sadly) was discontinued back in 2019. It was my favourite controller, and I still hope they bring out a proper second generation. Perhaps this was a big supporting reason for why they no longer continued with it? Probably not though, since they're now into VR hardware instead where there's likely a lot more monies.

If they do a second generation, perhaps they will be a little bit more careful with licensing next time and I will still happily be first in line if they do another.

About the author - Liam Dawe
I am the owner of GamingOnLinux. After discovering Linux back in the days of Mandrake in 2003, I constantly came back to check on the progress of Linux until Ubuntu appeared on the scene and it helped me to really love it. You can reach me easily by emailing GamingOnLinux directly.
See more from me
Some you may have missed, popular articles from the last month:
The comments on this article are closed.
63 comments
Page: 1/7»

View PC info
Another demonstration of how broken the patent system is. There nothing in that patent that isn't entirely trivial. Basically "let's put a button where an unused finger rests". I'm surprised that Valve's lawyers didn't manage to get this thrown out because I highly doubt that this is original.
48 Likes, Who?

View PC info
Patent systems are very broken and need to be abolished.

For anyone interested, here's the book, where they show that in most fields (except chemistry/pharma), patents don't even work as they should according to the patent system itself. https://www.aeaweb.org/articles?id=10.1257/jep.27.1.3
27 Likes, Who?

View PC info
What a dumb patent. Adding Corsair to my list of companies to actively avoid.
18 Likes, Who?
arvigeus 3 Feb, 2021
View PC info
Hahahaha... wait, you are serious?
No wonder Valve lost the case. They probably thought it was a joke too.
17 Likes, Who?

View PC info
I was wondering why no one but Valve and Microsoft made paddles.
5 Likes, Who?

View PC info
And the back-paddle buttons are probably the most useless part of the Steam controller anyways...
7 Likes, Who?

View PC info
SCUF are scum. Good job with hampering innovation in the industry. Looking forward to seeing the same generic controllers for another decade.
6 Likes, Who?

Quoting: JuliusAnd the back-paddle buttons are probably the most useless part of the Steam controller anyways...

I profoundly hate them. Usually, they're to be forgotten until in the heat of action, pressing a trigger, my pinky does a reaction and there you go, jumping like a maniac in the middle of a bullet frenzy exchange. I can recall the Tomb Raider games specifically on these.
2 Likes, Who?
TheRiddick 3 Feb, 2021

Quoting: SeegrasPatent systems are very broken and need to be abolished.

For anyone interested, here's the book, where they show that in most fields (except chemistry/pharma), patents don't even work as they should according to the patent system itself. https://www.aeaweb.org/articles?id=10.1257/jep.27.1.3

In chemistry and pharma aren't working either. The fact that a lab creates a vaccine and is not immediately available for every other lab to palliate with a disease, whether that is a solving erectile dysfunction or a pandemic, but rather they can prevent others from doing the same, or getting rich by leasing the patent, is utterly annoying. It could only come from the mind of a psychopath.

A bit more in topic, the years when innovations, economic boost, etc had their peak in most advanced countries is when patents were least overlooked. I read an article in theconversation.com that explained this better than me, with special mention to China, but can't find it

9 Likes, Who?
1/7»
While you're here, please consider supporting GamingOnLinux on: