Might and Delight have certainly created some unique experiences, with the Shelter series putting you directly into the shoes of various animals and it's back in Shelter 3.

It's a role-playing game but not one where you're fussing with skills and equipment, instead it's about the rawness of nature itself and animal survival. A game where wisdom, empathy and leadership play an important role in your survival, according to the developer.

"As a new mother you must protect your calf, but you must also take responsibility for the whole herd, protecting old and young from lurking predators and the threat of starvation. What’s more, the matriarch has given you the responsibility of steering the herd to an important destination and difficult choices will need to be made on the way."

Now with an aim to launch at the end of March, Might and Delight have shown off a brand new trailer that you can watch below: 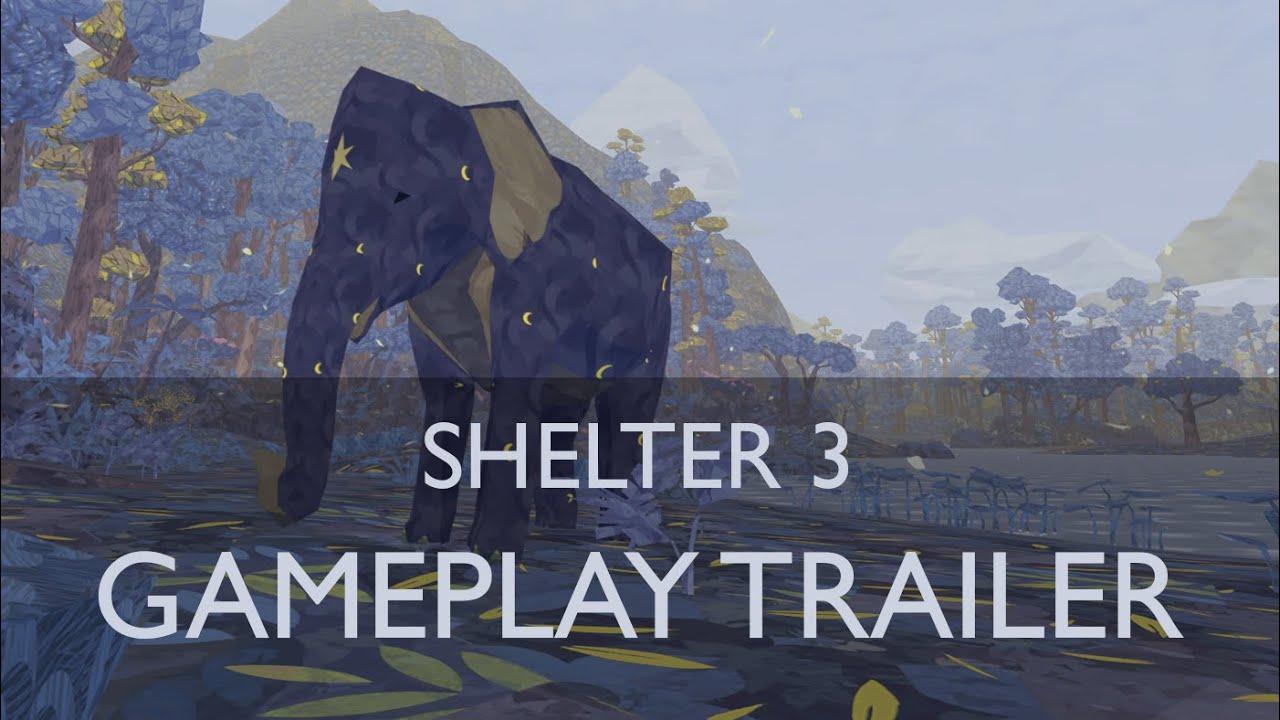 "Landscapes and fauna are rendered in mesmerising patterns and scored with an enchanting soundtrack by Retro Family, conjuring a magical world to lose yourself in. From lynx cubs to elephant families, from the tundra to the jungle, the next Shelter incarnation migrates to new territory, evolving into a new, magical game world and an experience that you won’t forget. "

Looking really good, I'm not sure how much my heart will be able to take when one of the herd dies - it looks so damn sad. Elephants are truly majestic creatures so it's an intriguing animal to focus on. Once we see a confirmed release date we will let you know.

On a related note Might and Delight are also working on the 'TMORPG' (a tiny online RPG) called Book of Travels, check out some preview gameplay here.

View PC info
I own three of Might and Delight's titles: Sheltered 1 & 2 and Meadow. I've played a little bit of Meadow and have yet to start the Sheltered titles ... but I'm looking forward to them. I bought them all because of their elegant, singular artistic vision; just beautiful, evoking a primal sense of wonder in me. Nothing since maybe the myth sequences of the 1978 classic, Watership Down, has given me that sensation. I'll get Sheltered 3 somewhere down the line. I knew it as soon as I saw that twilight blue elephant covered in stars.

Doc Angelo 6 Feb, 2021
View PC info
I really look forward to the third part, I enjoyed both parts, but especially the second one. I like the style, but for some reason, this version looks a little less good to me. I hope they have worked on the abysmal performance of the game. A game with technically simple graphics shouldn't need such a beefy computer.
0 Likes
While you're here, please consider supporting GamingOnLinux on: