Puzzle-battler Aloof is launching on March 25 and it looks fab, do try the demo

A puzzle-battler? Think like Super Puzzle Fighter II Turbo and Puyo Puyo Tetris but with a new and fresh spin and that's what you're going to get with Aloof on March 25.

In the world of Aloof you summon and defend small islands while you're building up combos against your opponent. Unlike other similar games, you have more control over the pieces as they move wherever you want them to and they do not start dropping by themselves. You can even flush away all your pieces to get a new set. The developer said it's not a game to kick back and relax with, instead it's about keeping up with your opponent and staying on your toes. 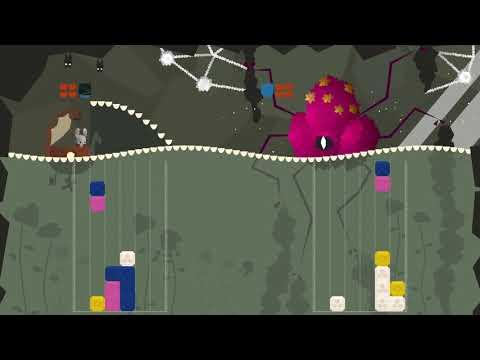 From my time spent playing the demo I do think it has a genuinely nice take on it, and I'm thoroughly curious to see how well this works online which I've yet to find a match for with the demo but that's not surprising given it's a niche title. The single-player in the current demo at least gives a really good taste of it across a few levels. I do also like the idea that you can play single-player while waiting for an online match, it's a real nice touch.

As for the actual gameplay mechanics: being able to have full control over piece positioning positioning along with being able to spin your board around to build on both sides is pretty slick too, enabling you to not mess up work towards filling existing shapes. This absolute control you have over pieces being able to move them in all directions, along with stick pieces together mid-air as long as they match is great. Unlike other games, pieces don't fall with the gravity. So if you're building up to hit a particular shape you can just move a piece next to it, and then press the direction and the matching pieces then just stick it's pretty sweet.

You can wishlist / follow Aloof on Steam for release on March 25. There's also a demo available.