Do you love tile-matching? How about games similar to Tetris Attack, Puzzle League and other competitive tile-matchers? You will enjoy Super Plexis then which is out in Early Access.

Built with the free and open source Godot Engine, it was originally funded on a Kickstarter campaign although that was originally targetting mobile back in 2017 although a PC version was only a matter of "when". That when turned out to be February 20, 2021 with it now in Early Access with Linux support.

"Super Plexis is everything you love about classic console puzzle games but refreshed with a fully featured online system. Enjoy fast-paced competitive battles with friends or online in a variety of game modes (including 1v1, 2v2, and FFA) with full cross-platform support and rollback netcode. Create custom lobbies and invite friends to play or spectate matches. Mix things up with custom game settings, giving you control of everything from board sizes to gravity strength." 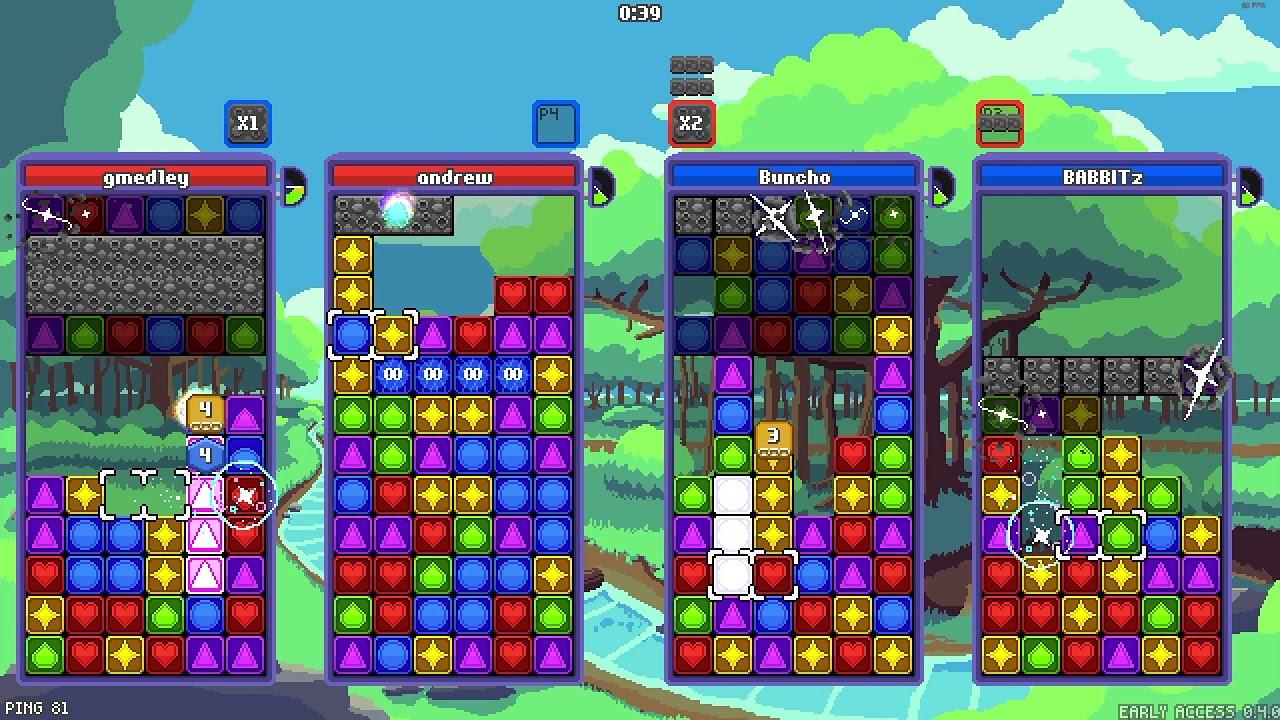 Now that it's in Early Access, they plan to remain there until 2022 while they build up the features. They have a lot planned for it including ranked matchmaking, skin customizations, and game modes with casual progression.

Check out Super Plexis on Steam.

About the author - Liam Dawe
I am the owner of GamingOnLinux. After discovering Linux back in the days of Mandrake in 2003, I constantly came back to check on the progress of Linux until Ubuntu appeared on the scene and it helped me to really love it. You can reach me easily by emailing GamingOnLinux directly.
See more from me
Some you may have missed, popular articles from the last month:
The comments on this article are closed.
3 comments
Kors 23 Feb, 2021

fagnerln 24 Feb, 2021
View PC info
Oh man, I'm developing a game exactly like this, it's on prototyping phase. I think that I need to change it a bit... lol
0 Likes

View PC info
Nice, that seems like the upgraded Tetris Attack I was waiting 20+ years for now ;)


Last edited by Julius on 24 February 2021 at 12:31 pm UTC
0 Likes
While you're here, please consider supporting GamingOnLinux on: