With a price increase to come mid-March, the amusing action-roguelite Son of a Witch from Bigosaur has a huge content expansion out now with the Demon Hunter update.

If you've never played it before it's often compared to the likes of Castle Crashers, The Binding of Isaac and other similar titles that have you battle through smaller arenas with plenty of random generation. An action roguelite with colourful and inviting graphics that sees you fight through tons of different enemies and bosses. This fresh update is the biggest to the game so far adding in the likes of a new hero, level, enemies, bosses, weapons, items, pets, quests and challenges, potions, magic scrolls, achievements and so on. 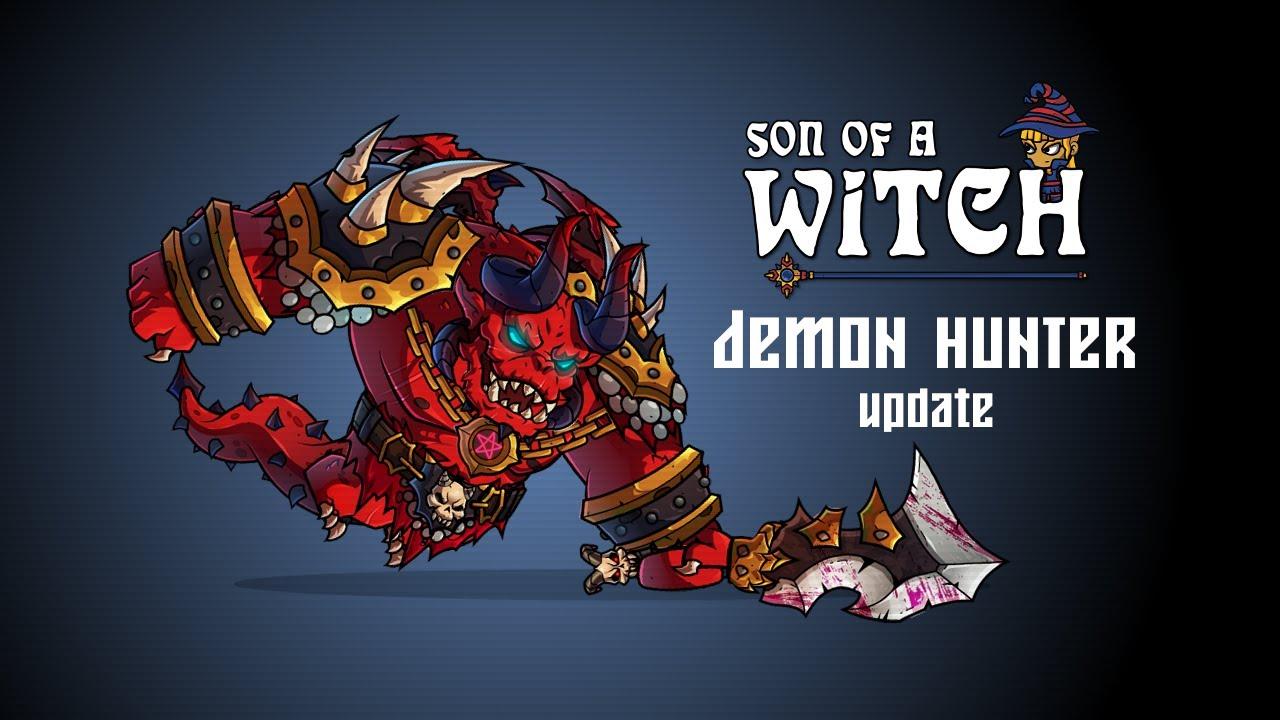 Some of what it includes:

Son of a Witch is actually a really lovely game to battle through, one that's often overlooked which is a shame. There's a lot to enjoy about it and it's really approachable. The Linux version seems to continue running perfectly fine too and now is a great time to get back into it. Lots of hacking and slashing to be done, while you explore randomly generated rooms.

You can buy Son of a Witch on Steam.