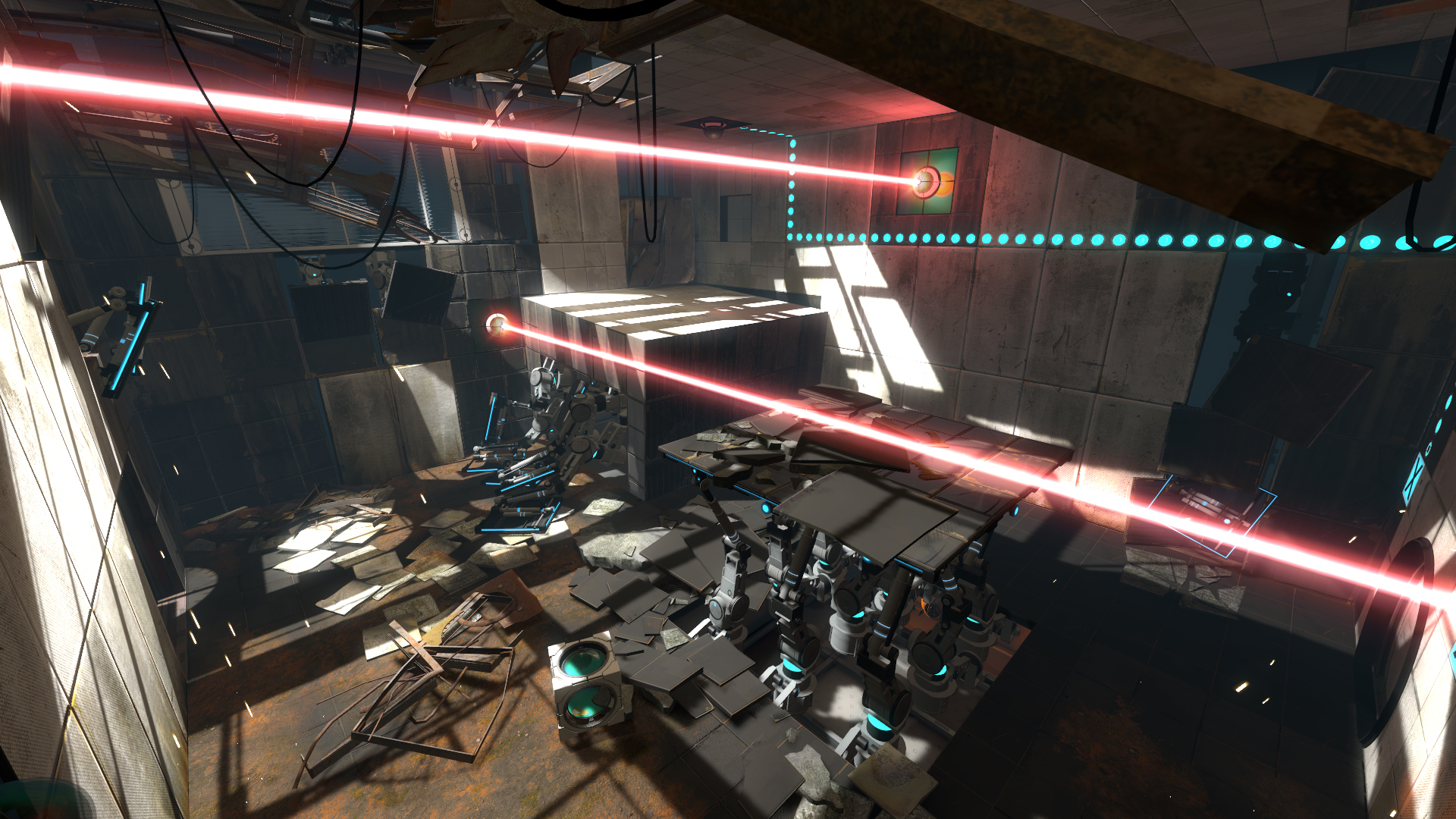 View PC info
I enjoyed playing the first opus: a video game with such quality: humor, reflexion, action, ambiance...
Is this second opus as good as first one?

Quoting: legluondunetI enjoyed playing the first opus.
Is this second opus as good as first one?

Are you serious? Portal 2 is considered one of the best video games ever.
9 Likes, Who?

Not as good but still good
0 Likes

I assume you have been living in a cave somewhere out there for the last ten years. A little heads-up: We've had a pandemic for more than a year now. Just in case you are wondering...
Back to Portal 2: It improves on the first one in every aspect - storyline, mechanics, content. (Naturally the whole portal idea was not new anymore.)
6 Likes, Who?

Quoting: TuxeeBack to Portal 2: It improves on the first one in every aspect - storyline, mechanics, content. (Naturally the whole portal idea was not new anymore.)

I disagree, actually. Portal 2 is undoubtedly a much bigger game than Portal, but I wouldn't say that it's a better game.

The first game was a brilliantly honed tiny gem. It benefitted greatly from its deliberately limited scope and defined purpose.

By contrast, the sequel is sprawling and unfocused. It has you wandering around to find the place to make your own puzzles, so you can solve the puzzles, and go back to more wandering. Whereas the original was really funny, the sequel is grimdark and sardonic. Stephen Merchant, whose role is to be really annoying, succeeds very well at being really annoying.

Portal is a perfectly-executed figureskating routine,and Portal 2 is a cross-country ski.

All of which is to say that everyone should definitely play both.
4 Likes, Who?

If you enjoy the first one, you'll enjoy the second, for sure. It has more everything, puzzles, mechanics, it's bigger and with better graphics.

But like others said, this no means that it's a better game. I have a lot of memories of portal 1, it's short but remarkable, the second, not much
1 Likes, Who?

View PC info
It's a really interesting question, “Portal or Portal 2?”. If I could only choose one to play for the rest of my life, I'd probably* go for the sequel. In every objective sense it's superior: higher production values, more varied gameplay, multiplayer, user-generated content. I'd get bored of it far less quickly. But if I had to choose one to save for posterity - erasing every copy of the other so that nobody could ever play it again - it has to be the original, without a second thought.

The thing is, you can only play it for the first time once. Its genius lies in the way it reveals the story, and the twist(s) in the tale, through gameplay, often creating textbook examples of the principle “show, don't tell” in the process. You can appreciate that a second time, but you can't be surprised again. And while the second game tries very hard to replicate some of that, it's not nearly so neatly done.

Portal 2 is a great, great game. Portal is a work of art.

*Probably.
5 Likes, Who?
1/3»
While you're here, please consider supporting GamingOnLinux on: