Showing some big continued dedication to Neverwinter Nights: Enhanced Edition, Beamdog have put up another huge Beta version with some pretty major additions. Development Build 8193.21 is available to try out on Steam (other platforms when stable), and it can be used along with any servers for multiplayer with the .20.1 release as normal so it's easy to test out in your favourites. 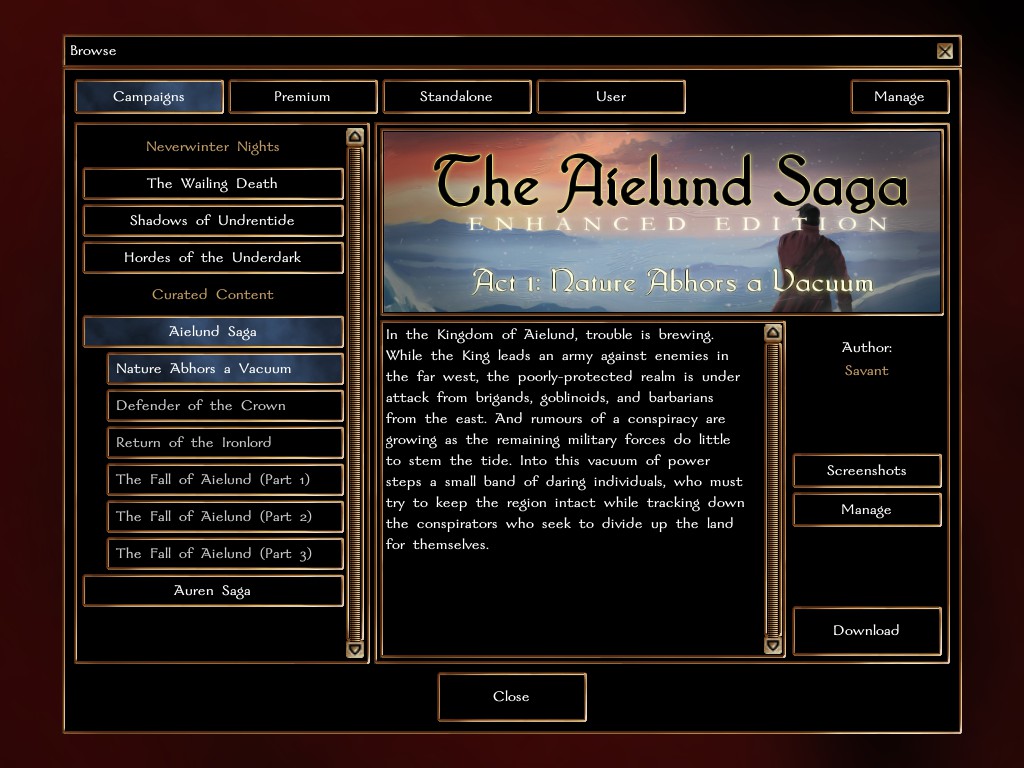 This new launcher should make getting into new stories a lot easier, and a bit fancier than before. Beamdog mentioned they're reaching out to creators of popular modules to get them integrated into Beamdog's curated repository. However, to keep things open anyone can host a third-party repository.

Really great work from Beamdog all around here, especially the fractional scaling options enabling players to tweak the UI and text to their liking. I wish more games had that.

View PC info
Still one of the best games of all times imho.
6 Likes, Who?

View PC info
Did they finally fix the problem with GLIBC properly or, as usual, do they hope that a simple recompilation will do the trick?
2 Likes, Who?

I bought this one on GOG; I wonder if the multiplayer works and if it works with Steam users…
1 Likes, Who?
naegling23 15 Mar, 2021
is there any chance we will get full controller support like the console versions?
1 Likes, Who?

View PC info
I've probably purchased this game four or five times now over the years, including the original release way back when. Beamdog's EE version is fantastic. It looks and runs beautifully. I'm glad to see they keep putting effort into continually improving it too. I recently rolled a sorcerer to play through the main campaign and am loving it all over again.

Another nice and unexpected benefit has been that I can load the game and be playing within seconds. This is great when I just want to jump in for a short session and get back out. This is in contrast to something like 7DTD or Valheim which feel like they need more of a commitment due to the long load times, by comparison. Not that those games take an unreasonable amount of time to load, it's just that NWN is so dang fast.

View PC info
What happens when these useless hacks run out of classic games to ruin? They can't make anything themselves. Not that they are capable of doing a good job with the classics either, but that sadly doesn't prevent people from throwing money at them (so they can ruin some more games).
0 Likes
Grifter 15 Mar, 2021

Quoting: PangaeaWhat happens when these useless hacks run out of classic games to ruin?

WTF are you talking about? The guy who runs beamdog came from bioware and was a big part of making OG NWN. Go deify your past somewhere else.
4 Likes, Who?

View PC info
And yet they have fuckscrewed every single of those game they have 'released'. They should be deeply ashamed of themselves. I look forward to the day they go out of business. If there is any talent in that shack, they'll find other jobs. Maybe they'll make something worth a damn too then.
0 Likes
1/2»
While you're here, please consider supporting GamingOnLinux on: