Lucy Dreaming is a brand new retro-styled point and click adventure game coming to Linux from developer Tall Story Games. A fully-voiced, pixel-art British comedy in the style of the 90s LucasArts classics like Monkey Island and Full Throttle.

In the game Lucy unlocks the secrets to controlling her dreams and journeys through a myriad of weird & wonderful locations in both the dream world and reality. On the way she encounters a cast of extraordinary characters and creatures as she unearths the disturbing truth behind her nightmares. Check out their trailer below: 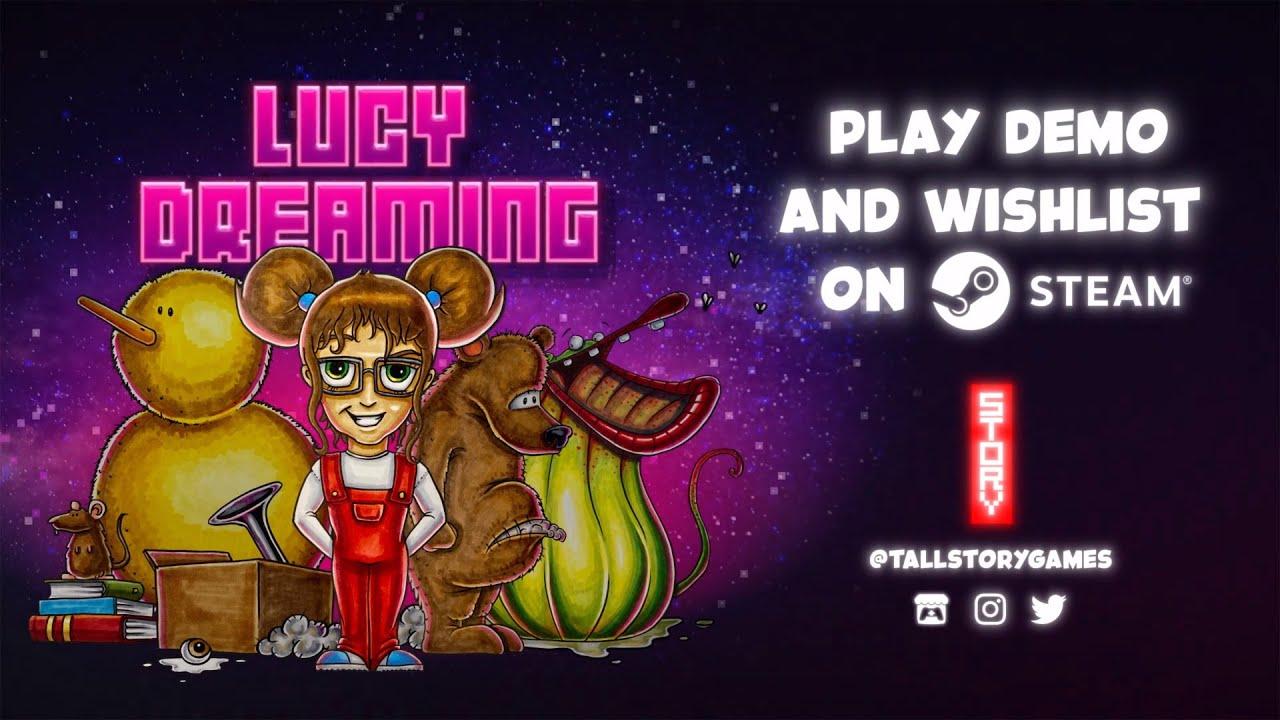 Developed by Tall Story Games, made up of Tom and Emma Hardwidge a husband and wife team with this to be their first full-length game. You can play their previous smaller games up on itch.io.

Emma Hardwidge said "The game is bit like Inception, but with more warm milk, badgers, and experimental groin surgery. It's a unique pitch but the feedback we’re getting online is great, players are really engaging with the theme and with our hero, Lucy," she continued.

"Lucy Dreaming is actually a dream come true for a fan of classic adventure games," said Tom Hardwidge, "I grew up on point & click games like Monkey Island, Full Throttle and Day of the Tentacle so to create a similar game now which people genuinely enjoy playing is an absolute delight! It’s something that my ten-year-old self would never have dreamed was possible."

For multi-screen users, just be aware it may have issues with fullscreen resolution. If you find that, you can change it to windowed mode in the 'config.ini' file in the installed folder for the game.

Try out the demo on itch.io and Steam.

If you decide you like it, they're going to be running a Kickstarter campaign in future that you can follow here. We'll let you know when that goes live which should be sometime in May.

View PC info
The demo was a lot of fun! I'm not sure if it was the british accent or the bedroom setting, but it did put me in mind of Simon the Sorcerer.

The Linux port is, as noted, broken OOTB. I get two black flashing windows, a cursor that goes haywire and following that a gnome-shell crash...

Besides the fullscreen fix I had to set a resolution manually in config.ini:

Quoting: whizseBesides the fullscreen fix I had to set a resolution manually in config.ini:

I got an empty config.ini and similar problems (on KDE).
The ini file is to be found here: ~/.local/share/Tall\ Story\ Games/Lucy\ Dreaming\ Demo\ V1.1/config.ini
0 Likes
While you're here, please consider supporting GamingOnLinux on: