Manjaro 21.0 'Ornara' is out now with Xfce, KDE and GNOME upgrades

Prefer Manjaro as your favourite Linux distribution or want to try it out? Now looks to be a good time, with the Manjaro 21.0 'Ornara' release now available.

Coming in hot with GNOME 3.38, KDE Plasma 5.21, Xfce 4.16, Kernel 5.10 LTS and a 5.4 LTS-Kernel minimal-ISO for those who need older hardware support. Manjaro is not quite as bleeding-edge as Arch itself but they stick reasonably close. Manjaro is supposed to be for those who want up to date systems with at least some stability.

Even just going by major upgrades to each desktop environment, it's a big release with each of them bringing in major changes to their UI and upgraded applications. 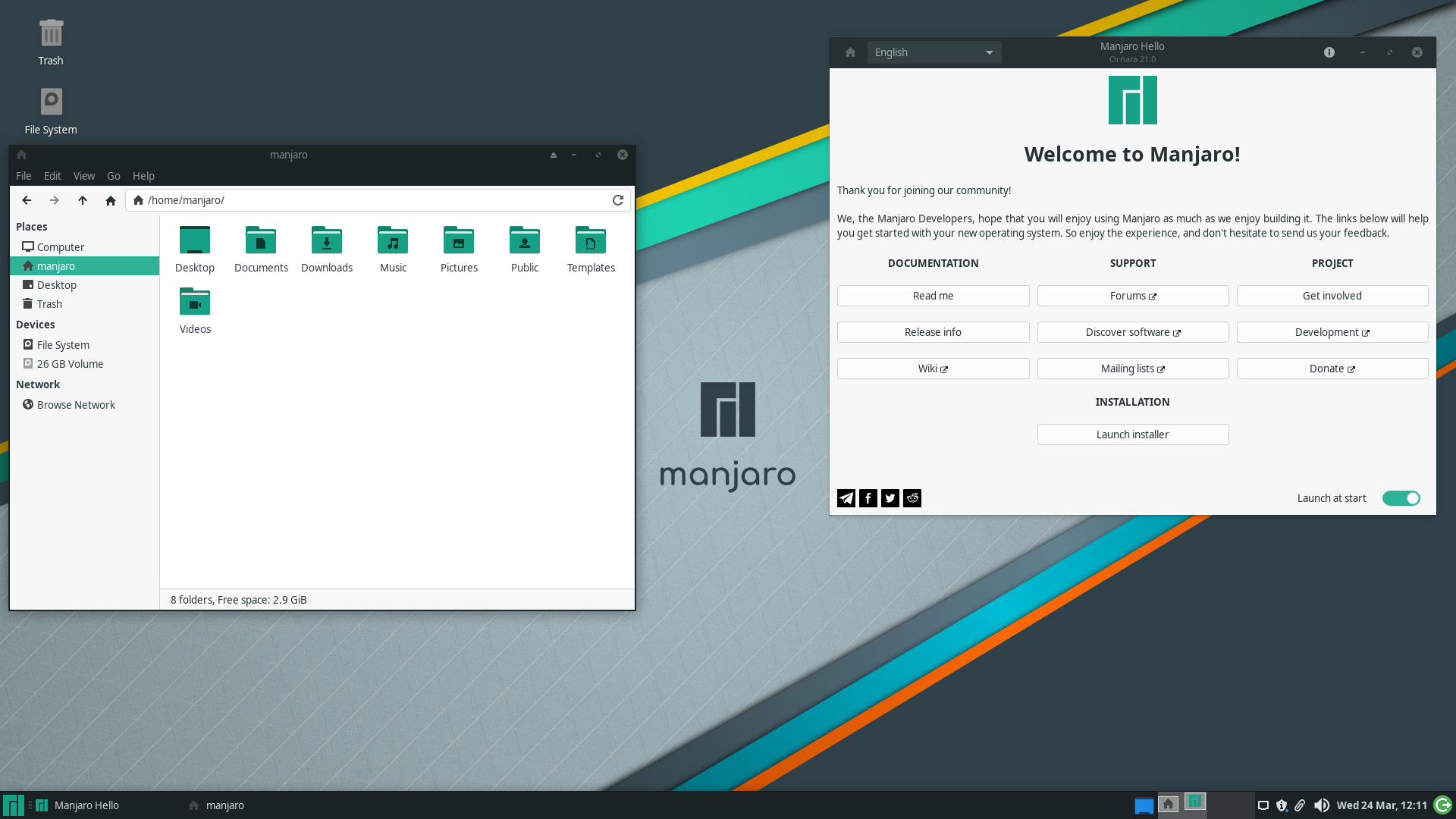 This release also saw plenty of work going into their installer, Calamares. It should be a lot smarter on picking what language to use by default along with the same for keyboard mappings. The Manjaro team also noted they removed the GNOME Initial Setup routine from their ISO downloads as the "feedback overall was not so great".

See their release announcement here, download from the official site.

View PC info
I gave Manjaro XFCE a spin when I was looking at distros last year. Man, almost immediately I remembered how generally ugly it was. It's been too long now for me to have any clear memories of that experience, but I have strong impressions of it just being a mess in terms of theming, a sort of jumbled patchwork of window styles and fonts. I mean, it might fixable --- probably is fixable --- if I just spent the time to fix it. So far it's just been easier to install Linux Mint XFCE and get on with life.

Manjaro is like KDE for me, something I want to like because I can sense so much potential behind whatever alien weirdness I'm being confronted with. I don't know. Maybe it's time to just bite the bullet and install Manjaro KDE on a laptop and just use it, break it, fix it, and like that. Just push through the dense undergrowth looking for the El Dorado everyone keeps saying is there somewhere.


Last edited by Nanobang on 27 March 2021 at 3:40 pm UTC
0 Likes
While you're here, please consider supporting GamingOnLinux on: