Chronicon, one of my favourite 2D action-RPGs developed by Subworld just released a major 1.20 upgrade and after quite some time being out of date - the Linux build is once again sorted.

From what I've seen the developer say on the Linux delay, they had problems in the latest Game Maker Studio with Linux and ended up getting direct support from the game engine team to sort it and it shouldn't happen in future so that's a nice outcome.

Some of the big new features of Chronicon 1.20 include: 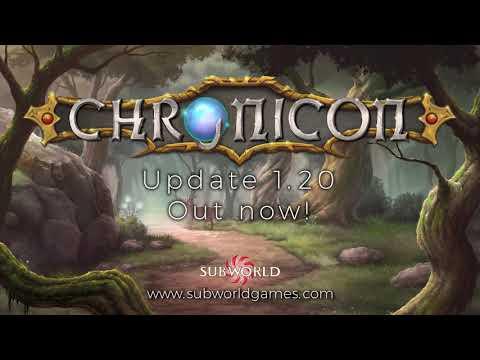 In some studio news, Subworld is now officially a duo with the original developer announcing that "as of a few months ago, my fiancée has officially joined Subworld and the development of Chronicon". While they've been working on it together before, more responsibilities have been taken on to push the game even further.

View PC info
This is another game I wish I liked better than I do.

I mean it's fun when you get on a roll and you're wasting enemies by the dozen, but it's something of a slog getting to that point, and the amount of loot that basically amounts to junk that you have to pass over really doesn't feel great to me. I tried playing the Berserker and it felt really weak for the first dozen levels or so, which wasn't exactly a spur to play more and see if he got fun later.
0 Likes

View PC info
Excited to see another update for this game. Played a ton of it a while ago; had a blast min/maxing my build and tapping into that awesome Diablo II "steam rolling everything" game play.
0 Likes
While you're here, please consider supporting GamingOnLinux on: