What have you been playing recently, come tell your thoughts

It's the weekend and it has again been a while since we had a community talking point article, so here we are!

Time to make a cup of your favourite brew, put on some headphones, turn the volume up and get some serious gaming done. The question is though: what play button do we click on? What game eats up all of our time?

For a lot of people that will be a stupid question as the answer is probably…Valheim. It certainly is for me, as it's an absolutely fantastic experience. In my own play-through, the second boss has recently been defeated after a casual 50+ hours and it just keeps on getting better. So much to see and do, so much to discover and get excited about. 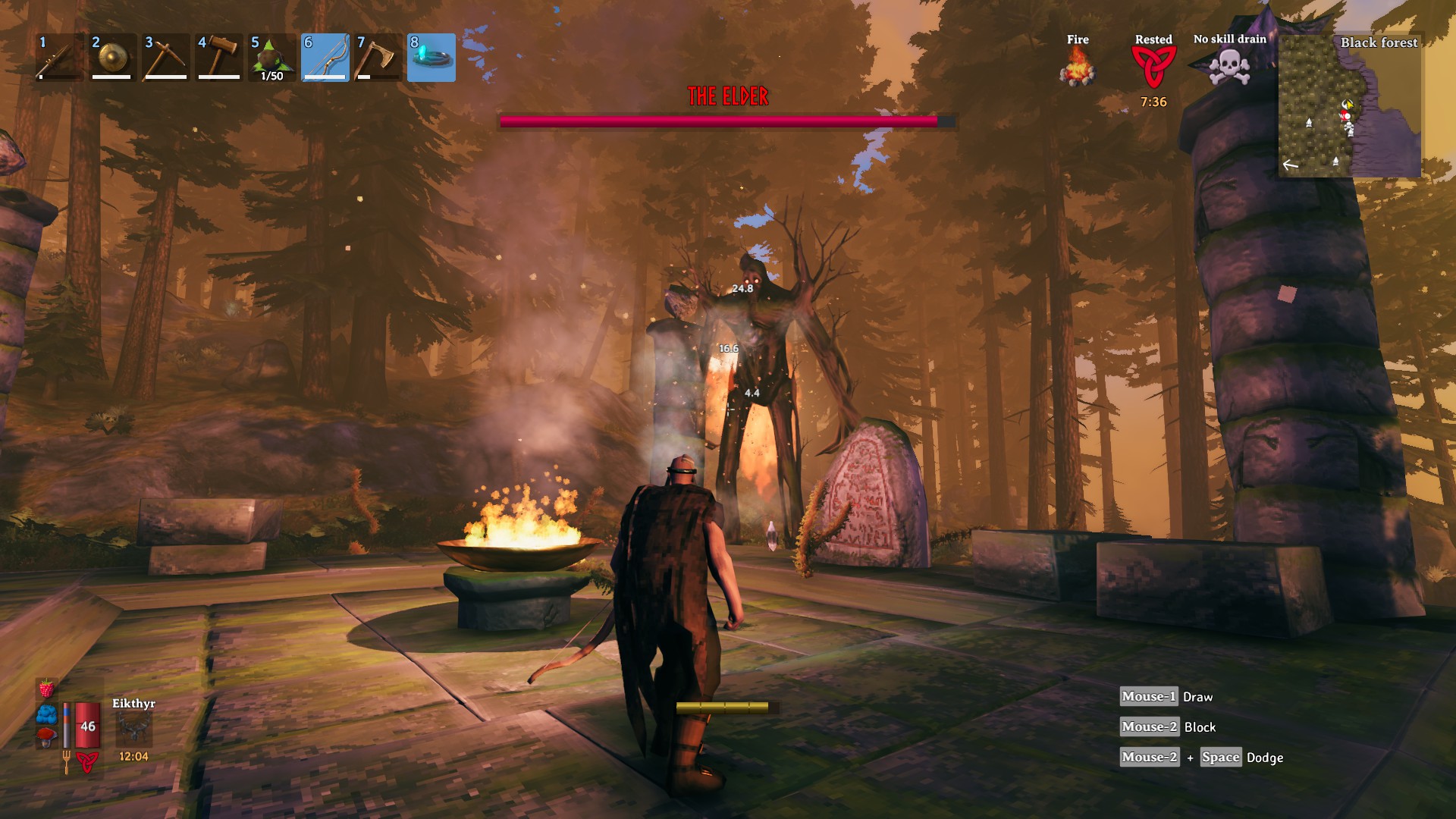 If you're interested, a developer on Twitter made a thread about some Valheim performance troubles and it's an interesting little read. Now that Iron Gate have plenty of monies from over 6 million sales, hopefully they can get someone in to go through the game and optimize it some more.

Valheim has sucked me in so much so that I've not had much time to go back to the also excellent Loop Hero, which is sat in my library begging to be played. It feels good to have so many great games waiting though!

Over to you in the comments: what have you been playing recently? Do tell us your thoughts on it.

About the author - Liam Dawe
I am the owner of GamingOnLinux. After discovering Linux back in the days of Mandrake in 2003, I constantly came back to check on the progress of Linux until Ubuntu appeared on the scene and it helped me to really love it. You can reach me easily by emailing GamingOnLinux directly.
See more from me
Some you may have missed, popular articles from the last month:
The comments on this article are closed.
64 comments
Page: 1/7»

View PC info
Some Siralim Ultimate, but i prefer to hold until full release.

A lot of Hex of Steel (previous name was Operation Citadel), a wargame, very active French dev, and a Discord with great "mods mood".

Started to play Surviving Mars after i got the full package for 16€. Slow paced and boring and interesting all together, mixed felling but i think i like it.

Pax Nova, via Proton, and it seems way better than the 50-60% positive reviews on Steam say from earlier versions. New free DLC this week, plus several big updates with fixes and balances, and an incoming "visual improvement" update soon (tm).
0 Likes

Crash 4
0 Likes
PinballWizard 27 Mar, 2021
I'm still playing Doom 2016 multiplayer, Slay the Spire, and am seriously considering getting a new development laptop and thinking about getting Hadean Tactics to go with it.
0 Likes

View PC info
Finally bought and started playing Ara Fell (currently on sale at GOG). It has a native Linux version and runs really well. It's a bit casual on the default difficulty setting, but as I mostly enjoy the story and exploration aspects of RPGs and less so the combat, it suits me just fine.
0 Likes

View PC info
Finished Valheim Vulkan/Native (all bosses killed) couple of weeks ago. 125h of gametime. Without any massive building projects. Really great game. I like that exploration and discovery comes first in this and survival aspects are more of a secondary feature.

Warhammer Online (Return of Reckoning) wine/DXVK - My Go to MMORPG for some nice PvP action.

Thief (2014) Proton - Love the story and stealth mechanics. Completed chapter 5 currently. UI and stuff is a bit clunky but the gameplay under that is very good imo.

DOOM Eternal Proton - Still haven't completed it. Hate the platforming parts in this game, but love all the gunplay.
1 Likes, Who?

View PC info
After finally picking it up on sale, I've been playing through Streets of Rage 4. It's light, fun and nostalgic with enough new little elements to keep me interested. My only concern is that SteamDB seems to suggest that the DLC will be Windows only...
0 Likes

Quoting: GuestI finally got around to playing Deponia: The Complete journey - it's so funny and the puzzles aren't stupid or overly complicated - I managed to finish the first game without watching tutorials.

It really is something of a gem, isn't it? We (my daughter and I) have probably played it through three times now and we laugh all the way through every time. When you consider that it wasn't even written in English and this is a translation, it's pretty incredible!
1 Likes, Who?

I have been playing The Elder Scrolls Online, which I have been playing on and off since the beta. I was previously playing in Lutris, but it was unstable no matter the configuration.
I asked some questions and got a very excellent response from "class101 [Linux]", who showed I how to play non-Steam-ESO in the Steam version of the game, along with screenshot and addons support!
My Steam Forum Post, with Soution

I plan on doing a write-up to this, to help others, when I have some more free time.
1 Likes, Who?

View PC info
Played a lot of hellpoint lately. As someone who has never played a darksoouls like, I have to say that it is decent and challenging game. The only thing that iritates me are the jump's, how can someone have so much anger towards players, that he puts platforms level in a game like that.

View PC info
This week I finished "Technomancer" and just today I finished "Cloudpunk". Technomancer was pretty good, I enjoyed it more than Greedfall and I wouldn't mind a sequel since the ending left quite a few unanswered questions. Cloudpunk was...okay, rather poor as far as gameplay was concerned but with nice environments and atmospheric.

Before that I finished "Yakuza 0", "Heavy Rain", "Disco Elysium" and "Ion Fury". So quite a lot of gaming this year.
2 Likes, Who?
1/7»
While you're here, please consider supporting GamingOnLinux on: