Flax game engine 1.1 is out with Linux Editor support

Another promising game engine with lots of big features is Flax, available free with the source available (but not Open Source) has a huge new release out with improvements to their Linux support.

The big highlight for us here of course is their new Linux Editor, so now you can build and export games using a full Linux development environment. Using Vulkan for the rendering this is the full experience they say with "live scripting with C++/C# hot-reload, Visual Code integration, scenes editor, game cooking, terrain editing, foliage editing, and much more" giving it feature parity with the Windows editor. 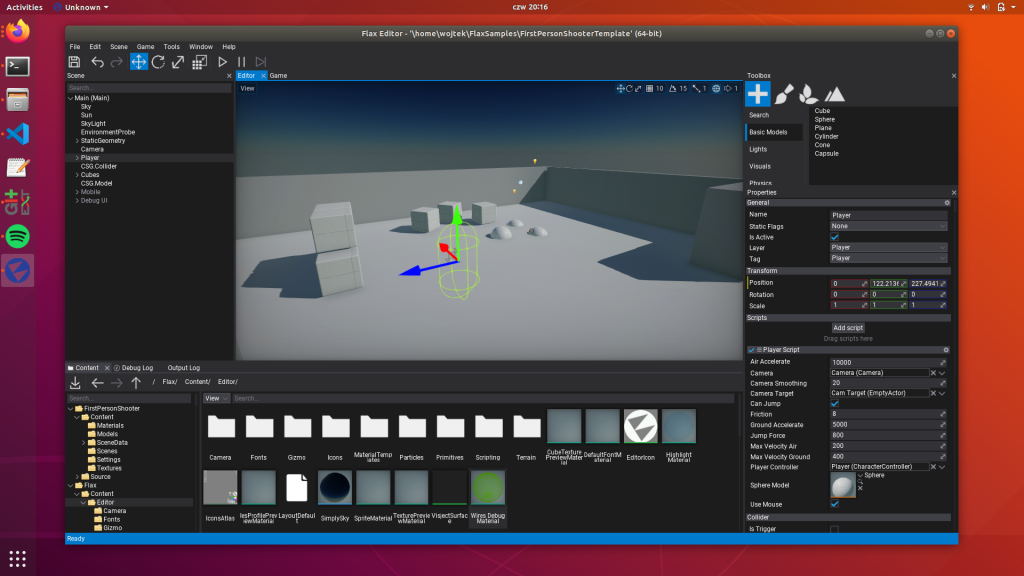 Check out the Flax 1.1 release notes.

Note about the source code: while it has the source open on GitHub, you need to agree to their EULA and there are royalties to pay once you hit a certain amount in revenue. More info on that here.

View PC info
Any advantages between this "Not Open Source" tool and Godot?
1 Likes, Who?
While you're here, please consider supporting GamingOnLinux on: