Forest fires are everywhere, they're spreading and it's up to you to ensure people's houses are safe in Wildfire Swap. A very nicely designed puzzle game, one that explores the efforts to control raging fires and how it can quickly get out of hand. Note: key provided by the developer.

It's turn-based giving you the ability to swap two adjacent tiles around, when you do this the fire spreads. You need to ensure that no house catches fire so you need to carefully plan ahead with how the fire will spread, getting all the houses to safety. Check out the trailer: 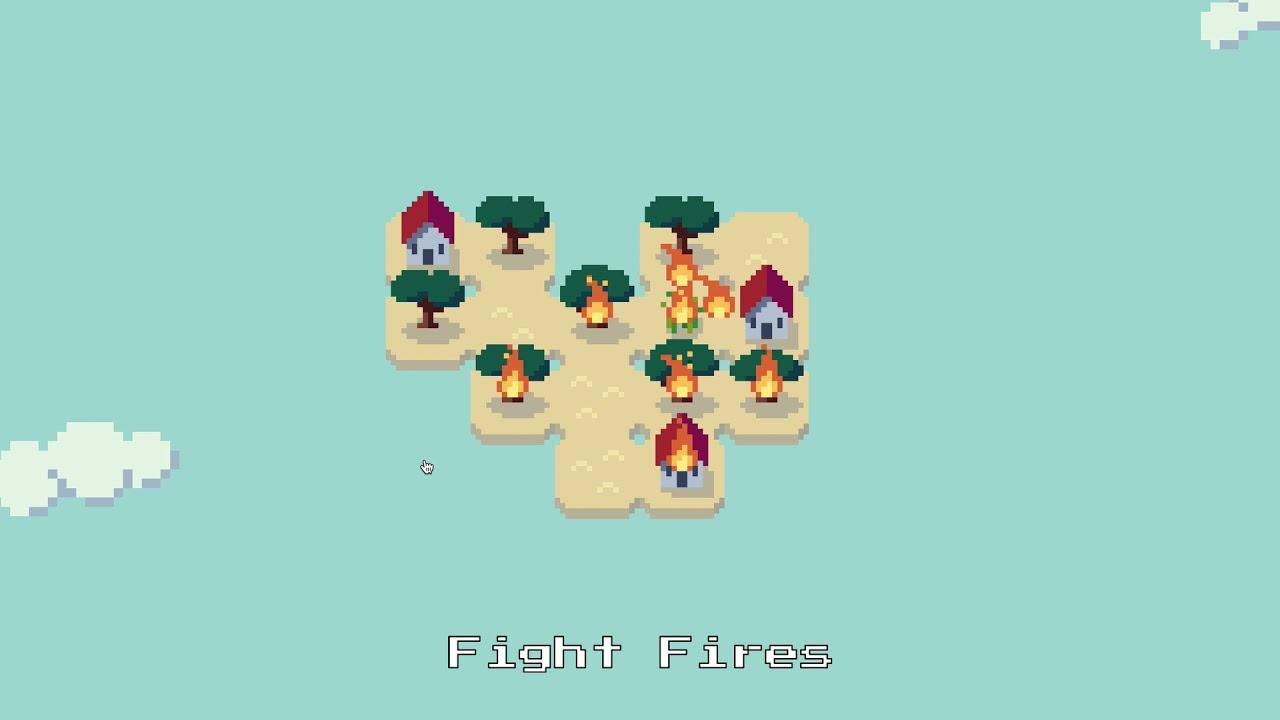 There's no putting out the fire here, it's all about the movement and planning your tile-swapping across 120+ hand-crafted levels and some of them really will make you sit and think for a while. Wildfire Swap will make you feel stupid too as it's quite devious with the difficulty of course like a good puzzle game is. I got stuck a good few times on levels that my brain just couldn't work out. However, a cup of tea later and suddenly the answer is just there. The design of the levels is great to make you think. Once you've finished the first set there's also special B-side worlds that are more difficult for when you're ready for a bigger challenge.

The simple mechanics really do work perfectly for the idea it's simply wonderful to play through. The mechanics might be simple but there's lots to think about and it sprinkles in new challenges through different environments to keep you on your toes. Initially it's just spreading one tile per turn, then you get to world two and fires rapidly spread everywhere and it continues getting more interesting.

Originally created for the Ludum Dare 41 Game Jam, you can still play the old prototype on itch.io. The developer said that the original was randomly generated and they wanted to try a version with the levels being carefully created and so eventually Wildfire Swap was born.

The game is built with Electron, and like a few others before it has issues launching from Steam on Linux. It's easy enough to get around, if you just put this as a launch option:

The developer has been made aware of this workaround.