From Devespresso Games, the team behind The Coma series and Vambrace: Cold Soul plus publisher Headup, Scarlet Hood and the Wicked Wood is their latest game out now. It's something of a time-looping adventure, starting off in modern times as your band tries to hit it big that turns into a weird mash-up of The Wizard of Oz, Brothers Grimm and Groundhog Day.

With plenty of twists and turns, a few light head-searching puzzles and the colourful manhwa-style art that will be instantly familiar to anyone who has played a Devespresso title. Check out the release trailer below: 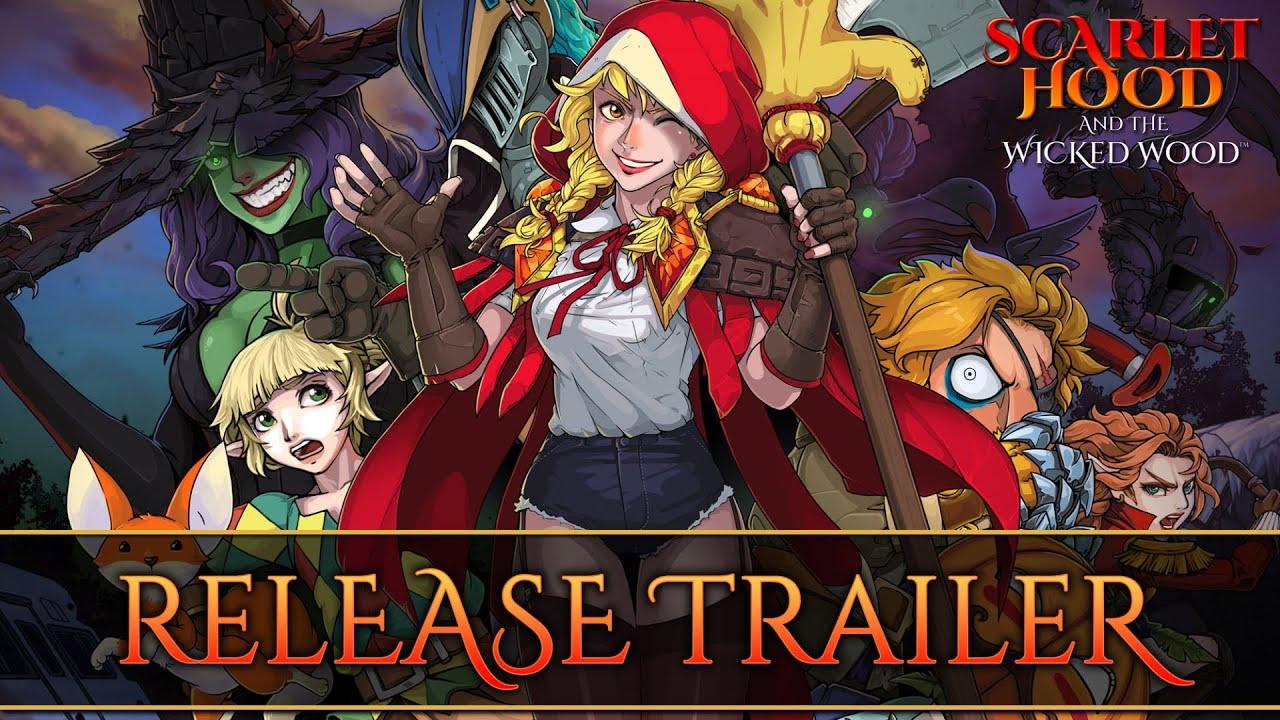 After an encounter with a powerful tornado, the protagonist Scarlet wakes up in the mysterious realm of Glome - a lush, vibrant world brimming with magic, witches and artifacts from a bygone culture. As fate would have it, this world was apparently waiting for her, as some sort of chosen one to take up the mantle of the red witch and use a powerful 'Womping Stick' which amusingly looks like a staff with a big hand on the end of it. There she meets a hapless Munchkin caravan who depend on her for guidance through the perilous Wicked Wood, guarded by the cantankerous witch, LeFaba.

For anyone who has played The Coma or Vambrace, the overall feel is very similar. They've kept the same style and mechanics throughout, with it being another side-scrolling adventure. It's very much like playing a point and click adventure. As a smaller title, sadly there's no full voice-over which would have helped pull me in. Even so, that was one of the only downsides of what was an otherwise satisfying and thoroughly weird adventure.

Based in Seoul, South Korea and San Francisco, USA - this is the fourth full title to come from Devespresso Games to Linux so it's wonderful to see the continued support again as their games are always wonderfully unique.

You can buy Scarlet Hood and the Wicked Wood on Humble Store, GOG and Steam.

View PC info
One big question, have they finally learned to do key rebinding?
0 Likes

Thanks, then I'll give this a miss.
0 Likes

I find its control scheme comfortable enough. You can use both WASD and arrows to walk, any Shift key to run, any of E, Space, Enter as "action", Q or Esc as "back/cancel". Num keys to use items from the inventory. Other keys are binded intuitively too (M - map, I - inventory, etc.) I had problems with playing The Coma 1, but not in The Coma 2 or this one. Too bad these games don't have controller support though (at least for my Logitech). I agree that every game should have rebindable controls but sometimes this is not vital.
0 Likes